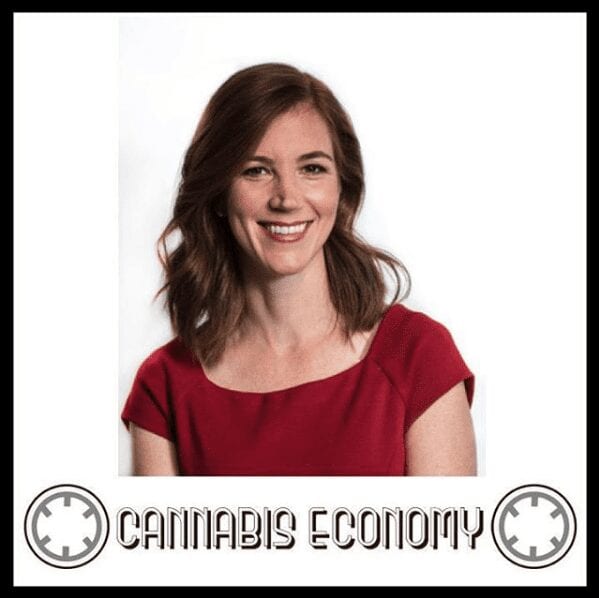 September 29, 2016
Dina Rollman takes us through the current the medical program in Illinois. We discuss the sunset provision, patient counts, the relationship between the legislature and the governor, how the governor sees the program, the list of qualifying conditions, the controversial thumb printing rule, and everything in between. Last week Illinois lawmakers passed SB 10 which adds PTSD to the list of qualifying conditions and extends the program through July 2020. This interview was recorded prior to SB 10 passing. Special thanks to Mark Passerini for putting us in touch with Dina. Enjoy the conversation. Feel free to send an email to engage@canneconomy.com.

Speaker 3: I guess that's right. Uh, this is a brand new program for Illinois. There is no history of having a legalized medical cannabis until January one of 2014.

Speaker 1: Okay. And we really want to know what the Hell is going on in Illinois. So, uh, knowing that it's the second quarter of 2016, uh, we understand that you do have a medical program that is in effect, there have been some recent changes. What have been the recent changes?

Speaker 3: Uh, well, I, I guess I would say there really haven't been recent changes since it was a, the program went into effect. I don't know if there's something more specific you're thinking of.

Speaker 1: Well, it didn't. They put a sunset in for the program.

Speaker 3: Oh yes. But that was baked into, no pun intended, baked into the statute when it was passed. So when the, when the statute went into effect on January one, 2014, it already had a sunset provision providing that the program will expire on January one, 2018, unless the legislature extends it or makes it permanent. But if nothing happens, just good old, you know, governmental inaction, then it will automatically expire.

Speaker 3: I think that's fair. The, there had been a lot of attempts by people in the industry and by the legislature to give comfort, not just to the operators of these businesses, but more importantly to the patients. If you're somebody who has been waiting a long time to finally be able to legally access medical cannabis, now you're a regular purchaser and user and you're having great health effects. The last thing you want to hear is that, you know, some politicians can decide to take that away from you and make you either return to the black market or you know, go back to your prescription medications or whatnot. So there's a lot of concern from a lot of different constituents and a lot of push to give everybody some comfort and lets, you know, either extend the program or make it permanent. So far, governor Rauner, who was not the governor who signed this program into law, he just inherited it.

Speaker 3: His mantra has been, it's too soon. I need more data, so he hasn't closed the door on extending the program or making it permanent, but he claims that he really needs to see how successful it is. A what, how many patients are being served, what are their revenues, what's the benefit to the state? And I think to be honest, what he's more interested in is what are the negative stories that are going to come out of this? Are we going to see an increase in teen access to cannabis or increased drug driving, etc. And so the hope on the part of everybody participating as, you know, keep, keep the data good and helpful and let's make sure that the data getting to the governor is all going to work in support of extending this program.

Speaker 1: Uh, Any, um, you know, effort in getting all of that, a negative data coming out of Colorado for the past couple of years, uh, to, to him so that he sees that,

Speaker 3: right, that mountain of negative data. Uh, uh, right, uh, you know, unfortunately this, this is a governor who hasn't expressed much interest or care about what is happening in the lovely state of Colorado, you know, the rest of us in Illinois. We love to love to see it and love to see what a good story it's become, but he's definitely focused on Illinois and Illinois has its own brand of, of dysfunction. Um, you know, our medical cannabis program was passed legislatively by some miracle with bipartisan support, but very slim bipartisan support and as I said, he signed into law by a democratic governor. Now we have a republican governor. This, this law wasn't a done by voter referendum and it wasn't done by this governor, so he just wants to focus on Illinois and uh, see what, what our program looks like here.

Speaker 1: Okay. Well, so then that is a nice kind of a picture for us, a good understanding of exactly what's happening on the ground. I guess we should find out why we're talking to you. Deena rollman, right.

Speaker 3: I think everyone else you asked was busy, so

Speaker 1: yeah, that's exactly right. Well, no, I mean, you know, I asked mark, pastor reedy, who should I talk to and your name is the first name that came up a, what do you do in the space? So we're well aware of it.

Speaker 3: Okay. Well thank you for that. Um, I got involved in this industry back in the, I guess may of 2014. Uh, when I, uh, I should say my background is as a litigation lawyer. Um, I spent about 15 years as a business litigator meeting. I either a represented companies that were suing or being sued for various business disputes like breach of contract or fraud and uh, was sort of, well in my little litigator world, made partner at a law firm, all of that kind of stuff. Um, but when Illinois legalized medical cannabis, I really, a, it just sparked a passion in me to get involved. So by hook or by crook, I wound up getting connected with a group that was applying for licenses here in Illinois was a very competitive process, very intense and worked closely with them. And then when they were successful and received cultivation and dispensary license, they were sort of an even greater need of legal help to get their operations up and running in a compliant manner.