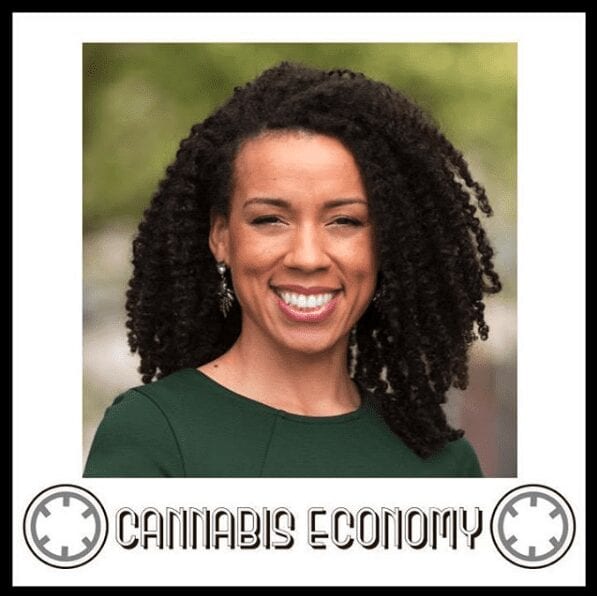 October 16, 2016
An MD and MBA who knows a ton about the endocannabinoid system, Dr. Rachel Knox expounds on the miraculous nature of the ECS and it’s effect on man…and womankind. Doc Knox shares her deep knowledge on integrated medicine in a digestible way. And you’ll come to find that the path that she’s on, is the one that she’s always sought.

Speaker 1: Okay, so you know Dr Rachel Knox. It's, uh, it's so good to be sitting with you. Feeling is mutual. There was a pause there. So we'll just let, let the listeners decide. You were to say some more kind of intro. You're going to give me, well, yeah, no, I just don't want to go on for like 15 minutes and then they first hear you and you know what I mean to it's way too late, but you know, when we say doctor, we need to specify what kind of doctor you are. And here we are in this, uh, this airbnb somewhere in Oakland. Right? So there might be a little bit of an echo. There might be other people that walk through, but when, when we say Dr Rachel Knox, what kind of doctor are we talking about today? Sure, yeah, why not? Today I would consider myself a cannabis specialist.

Speaker 1: I'm also with a particular interest in an endo Canab anology, but if we're asking about what I was trained in when I was intended to be, what was the initial purpose? Uh, I did my residency in family medicine with a certification in integrative medicine. What does that. So a primary care based medicine that also incorporates natural medicine, eastern philosophies, best of both worlds. Best of both worlds where we're just study. Where would I studied? Where did you study? Oh uh, well I, I got my medical education at Tufts University in Boston. Not Bad. No, not at all bad. Oh, undergrad. I went to Duke. Uh, you're a blue devil. Said that whenever you say Dick, you going to say I went to Duke Blue Devil. You're a blue devil and North Carolina not so pleased with. Right. And you don't like North Carolina, University of Chapel Hill coming from Oregon where, you know, there's this civil war between Oregon state and, and, and you allow the desks and the beavers, which I'm not a part of. Um, you know, I understood the rivalry, but when I got there

Speaker 3: I had no idea it existed. I had people with Carolina tax me off driving down 15, five. Oh, when I didn't get it. Yeah. You were hated. I was hating for no reason, no reason at all whatsoever. What were you premed the whole time or, you know, I, I was premed the whole time and uh, both my parents are in medicine. My mom and anesthesia, like she was and my dad still is in the Er and so I didn't think about it. I just thought that that's what I was going to do. I didn't feel like I had to do it. It just was logical. It's the family business. It is the family business. Interestingly enough though, there was a period of time between Undergrad and medical school where I didn't want to go into medicine.

Speaker 3: Get your fancy degree from Duke Mom and Dad, doc, mom, dad, all happy, all pleased with got the pictures. The sisters are there are at least one sister, one sister, and everybody's happy. And underneath Dr Rachel, Rachel Knox at the time, just in case I wanted to be a revolutionary. He did. Um, you know, I, I had Avara or so, so at Duke I majored in African and African American studies. Actually. I went from a psych major into that field because it just one, one class and one particular professor. I know a lot of people can probably relate to that type of a story. I'm inspired you. This, it inspired me, you know, um, we don't learn a whole lot about African American history, you know, growing up in school we learned about Mlk and slavery and that's it. Malcolm x maybe, maybe ascendance in our textbooks, um, but through that major I was exposed to, you know, associate an economic issues, health care disparity issues, um, and that really fascinated me and I thought I had a voice and so I wanted to, you know, advocate for my people and over that time I had worked in youth groups.

Speaker 3: I'm from Oregon and into Massachusetts and while I was at Duke as well and some of the local, um, community projects that we were, um, had the good fortune to be involved with at school. Well, what kind of youth projects? Let's just take the tangent, you know what I mean? What were you doing at Duke? It was just a little volunteer, um, opportunities here and they're reading to kids, talking to them about premedical preparation and then, you know, in Oregon on my summer vacations, I would work at the boys and girls club. So I was just involved with their daily programming at, at that level. And then when I got to Cambridge, I'm in Boston, I worked with the Cambridge youth programs there and again, just heavily involved in the programming and they saw me as somebody who went to a great school for college and was going into medical school as a great leader.