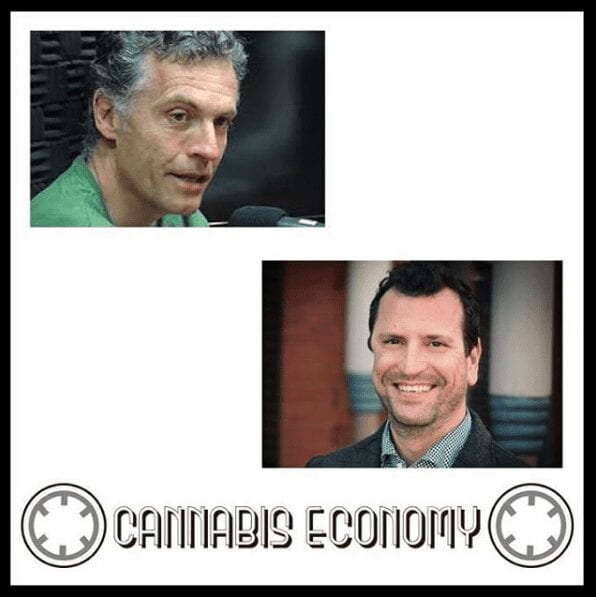 November 3, 2016
Eduardo Blasina of Symbiosis joins us to share what’s happening in Uruguay. In helping us understand the present, Eduardo shares the dynamic history of cannabis in his country and just how Uruguay became the first country on earth to legalize adult use at the federal level. But Matt Huron of Good Chemistry first joins us and discusses the roots of cannabis as medicine in the HIV/AIDS epidemic through caregiving for his father.
So Matt Huron’s up first and then Eduardo Blasina from Uruguay by Skype.

Speaker 2: So this was unexpected to say the least. Matt, thanks so much. Uh, you run good chemistry, right? Is that a fair way to say it? Well, me and this fabulous team it takes, it takes a village. Fair enough. Fair enough. What's with the prosthetic ear, Matt? Oh, I was just, I was in a car accident of many years ago and I lost my ear, unfortunately. Crazy. Yeah. Yeah. What, how many years ago? A 2000. I've actually had it been through a 26 reconstructive surgeries and it was quite the asco, but my goodness now, and it's a good bar trick and yeah, you look great. Everything seems to be working. It is. They put, they put me back together, so that's good. Can you hear out of the uh, yeah, a little bit. It's not my, you know, my wife is a by the gets louder and louder and I'm like, honey, it's not going to get any better.

Speaker 2: These are things that she has to deal with. These are things that between age and the era it's happened happening, but it, it could be well a lot worse. It could be. If loud TV is the worst thing here, we'll take it. Yeah, exactly. Yeah, exactly. Alright, so, so good. Chemistry for folks that don't know, kind of tell us about the operation so we get a good sense and then we'll go ahead and dive in. Sure. Um, I guess, well good chemistry was established in 2010. It's Colorado based dispensary and cultivation operation. Um, what can I say? I, I guess I'll just start with me originally. I'm from San Francisco right over here, so I'm glad to be back over this week. And um, I was in the industry for started actually in 2000 right around the car accident time here and got involved with my father and his partner who both had HIV, um, and we started a small co op and grew medical marijuana and distributed to a variety of assisted living facilities, hospice care facilities, things like that throughout the bay area.

Speaker 2: And in [inaudible] nine, um, my father passed away and his partner passed away and you know, the rules and regs and California were especially on the cultivation side of the vehicle. Asian is, uh, was, was not really there and that they're still grappling with some of that here. And I had a good friend in Colorado said, hey, you should come take a look at what's going on. There was dispensary starting to pop up when I did and it just was a, you know, I wouldn't say it was luck, but it was a, it was just a good moment in time where, you know, I had 10 years of cultivation experience. I was feeling a little uncomfortable with the size of the operation here and decided in California not being completely regulated. Exactly. And so I moved that over to Colorado essentially and started good chemistry and a 2010 we have now, we have two stores, one in Denver, one in Aurora.

Speaker 2: We have three cultivation facilities. I think I had about 10 employees and 2010. And now we're north of 100. So there's been a lot in six years. There's been a lot of expansion. I don't know how I'm doing it. But you mentioned the good tea. Yeah, no that's a part of my job is, is trying to just build a great team. Um, and uh, we were recently awarded are licensed in Nevada, Reno. And we actually just had our final inspections yesterday, so that was excellent. So, uh, we have a cultivation facility there as well. All right, well let's take the last thing first because Nevada is medical, correct. We have the opportunity to turn it into adult use, although it's touch and go at this point. As far as that ballot initiative. Yes. As far as I understand. Yes. So how happy or how satisfied would you be if that operation in Nevada had to exist is just medical for the first few years, you know, I'm, I'm fine.

Speaker 2: You know, again, I, you know, really it started with a very medical focus, uh, with my father and everything else. And, and you know, I was in the medical marijuana industry for a decade or longer, you know, recreational was 2012. So, um, you know, I, I feel that there's plenty of market space with patients. I'm happy to work in that environment. I do think adult use will pass. If it's not this year, it will be next year. I think it's really a timing question. I mean, unfortunately these states like Nevada, Massachusetts, uh, there's not really an industry yet and so it's difficult to raise money for these campaigns because folks are building their facilities and so I just, unfortunately, we may have to wait another four years, but I think that's okay. Yeah, let's, let's see how that goes. But, you know, if you don't mind, I'd love to, to talk about your foray into the space.