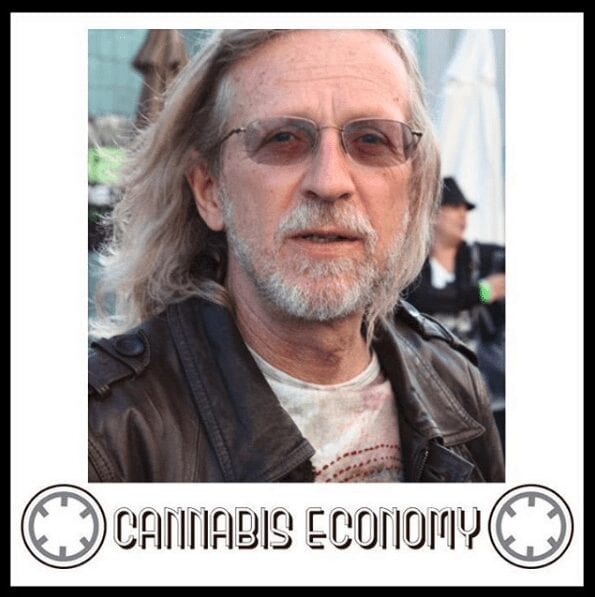 November 11, 2016
Tjalling Erkelens. The CEO of Bedrocan joins us and does an excellent job of giving us a history of the Netherland’s cannabis economy. He shares how Bedrocan found, in his words, what the cannabis plant was capable of by working with Holland’s federal government. He gets into expansion into Canada and subsequently other global markets. But Jorge Cervantes first joins us to give us a 20 year background on the Cannabis Culture of Barcelona. Both guests on this episode are on the CannAwards advisory board. A digital interview with Tjalling Erkelens of Bedroan preceded by Jorge Cervantes.

Speaker 1: Tjalling Ekerlens proceeded by Jorge Cervantes, but first some supporters to thank and thank you for listening. This episode is supported by twister. The general consensus is that tripping sucks, but it doesn't have to. If you're interested in supplementing your hand trimming or even replacing it entirely, checkout twister, tremors. UPTIME is crucial for your harvest and twisters. Got Your back with over a decade leading the industry. They've got the knowledge, experience, and technology to keep you running smoothly. Twister trimmers are designed for continuous flow runtime, minimizing, handling. Why Tumbler Churn for 20 minutes when 30 seconds, we'll do go to twister, tremors.com for more information. This episode is also supported by Focus. Focus is working on independent and international standards while offering third party certification for cannabis businesses. The foundation of cannabis unified standards helps build your business into the best it can be. Focused is not a regulatory agency so they don't engage in enforcement.

Speaker 1: Rather, the organization is in place to help improve operational efficiencies, decrease operating expenses, and ultimately increased profit focus will help you build your business in a sustainable way of guarding against risk and liability. All while protecting your ip go to focus standards.org, channeling IRC islands, the CEO of bedrock, and joins us and does an excellent job of giving us a history of Netherlands cannabis economy. He shares how better can found in his words what the cannabis plant was capable of by working with Hollins, federal government. He gets into expansion into Canada and subsequently other global markets, but we're. He served vantis first joint us to give us a 20 year background on the cannabis culture of Barcelona. Welcome to cannabis economy. I'm your host Seth Adler. Check us out on social with the handle can economy. That's two ends of the world economy. While early bird nominations are closed, you still can send in traditional nominations for the third annual can have warts. Interestingly, both guests on this episode or on the candlewoods advisory board, a digital interview with Charlie Cullen's of can proceeded by A.

Speaker 2: Yeah, no, absolutely. We're here with Jorge Servantez. Author is really what we're going with. Yeah. Yeah. That's what I do and I do also do a lot of stuff on youtube or good, incredible about. I've got a hundred and 75 videos now on cultivation on youtube. So I mean, you know, uh, things. Uh, here we are in 2016, uh, making our way into the second half. Um, how have things if the author of the cannabis encyclopedia, what say you about where we are with the plan? Well, right now in California to real interesting year because, um, I've just been in the United States for about two and a half months now and I went straight up to Humboldt County of, in Sonoma County, Mendocino County, Calaveras County, and uh, also in the bay area several places. And let me tell you, they're growing big this year. They're growing a heck of a lot of dope.

Speaker 2: I mean, I, I can't believe how much cannabis is being grown. And I talked to one of the fairs. I went to a small one over in Santa Rosa. That was interesting because there was about a dozen vendors there. And I, we always talk shop, you know, and ask how everybody's doing. They all said they're going crazy. Everybody's just selling more than ever. Smart pots is already sold more than they did in the entire previous year. So I'd say this year we're going to have a huge fear, a huge crop. It's amazing. Let's then go all the way back, you know, if, uh, you've now been in the US for a few months. Wow. Where did you begin your journey? Oh, I, I live in Spain part of the year and uh, I lived there for, Gosh, almost 20 years now. And I go about half the time in his Spain and a hang out there.

Speaker 2: I'll go back in the winter after the elections here in California. Okay. And as far as pain is concerned, what's happening in that cannabis economy, that cannabis culture, what can you report A. Actually, it's really interesting. I live in Barcelona, the, they've got a great football team, number one date, and then after that have, they've also got the private social clubs. That's where you can become a member of a social club and you just sign up and give a little, uh, uh, entry fee or not. Maybe they waived that. They always wave mine. And uh, then you're a member of that club and it's a nonprofit, it's a nonprofit organization and what happens is you give the club donations usually in the form of 10, 20 or 50 euros, and they give you a token of their appreciation that usually comes in a one, three or five grand package and everybody's happy.