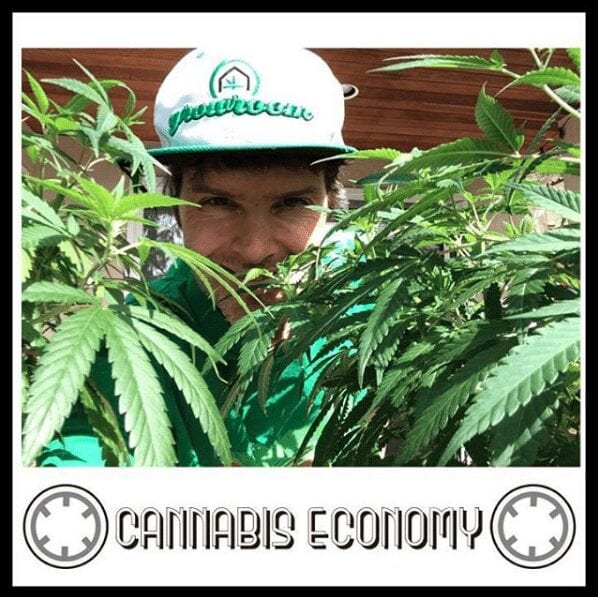 November 20, 2016
Plant expert & Hash Church Host Marcus Richardson talks about his history which is inextricably linked with the history of legal cannabis in Canada. He discusses early run-in’s with Jack Herer, Ron Hickey, Marc Emery He also talks about Hilary Black who you can find on Episode 150. Bubbleman takes us through Canadian licenses and licensing and the June Toronto raids from his perspective. But first Landon Long of Infusion Factory joins us to discuss literally coming out of the shadows and into the light in northern California cannabis. If you’re into direct communication, or would like to support the show, feel free to send me an email at engage@canneconomy.com.

Speaker 2: Bubbleman. When expert and Hash church post Marcus Richardson talks about his history, which is inextricably linked with the history of legal cannabis in Canada. He discusses early run INS with Jack Herrera, Ron Hickey, mark emery, and also talks about hillary black, who you can find on episode one $50. Bubble man takes us through Canadian licenses and licensing and the June Toronto rates from his perspective, but first blended long have infusion factory joins us to discuss literally coming out of the shadows and into the light in northern California. Cannabis. Welcome to cannabis economy. I'm your host Seth Adler. Check us out on social with the hand mechanic economy. That's two ends of the word economy. If you're into more direct communication or would like to support the show, feel free to send an email to engage at Ken Economy Dot Com. Marcus bubble man Richardson, proceeded by Landon Long.

Speaker 1: You know, so special thanks to John Downs, right, a new friend for you or a consistent friend, at least consistent friend is a closer friend. Now that's great for putting us together, Landon, so thank you for giving us a few minutes. All right, so what are you doing? Right? So, uh, we are infusion factory. Okay. What we're all about is providing high quality, consistent and formalized private label and white label manufacturing services for a range of customers that need good services like that. Excellent. You're based here in Oakland? Uh, we're based in the East Bay. That's correct. Yeah, we've been, uh, here in the East Bay for myself for 35 years continuously. Uh Huh. Alright. So 35 years, you know, doing the math that goes back, uh, you know, before everything, before everything. Right. So, uh, when did you, um, kind of first realized what was happening? Well before we had prop to 15, you know, I was a senior in high school.

Speaker 1: Is, is uh, some seniors, do, you know, we support the industry and you know, at that time it really didn't make sense to me that, you know, you could grow something that provided some type of benefit or relief to people even grown in your backyard. And it was illegal and I just didn't really make sense to me. So why is the plant illegal? Yeah, yeah. It just didn't make sense to me. I mean, it's something, it's something you can grow and uh, it's readily accessible and it's taboo and it just never really connected for me. So, um, you know, chose to kind of, uh, just operate in the industry with respect for those laws. But, uh, you know, the patients are ultimately what's most important to us and always has been. When did you first kind of come in contact with a cannabis as medicine?

Speaker 1: I was the only guy that advocated for medicinal marijuana left school that day, went up to Broadway here in Oakland and advocated for prop to 15, which we ultimately got. So, uh, my history goes back that far and, you know, I've been one way or another, uh, touching this industry involved in the industry ever since. So, I mean, talk about so that you're an activist right in, in one, in one sense of the word when, when you got up on stage and, and did that, what was the reaction from your, you know, some, at least likeminded classmates? Definitely most young people, you know, at the time. What was the reaction you got? Yeah. You know, there was the majority of people. It's kind of laughed it off as some, uh, you know, something that was kind of humorous, but, um, you know, there, there was a huge percentage of individuals who thought it was pretty courageous to be able to stand up in front of your entire senior class and advocate for something like that.

Speaker 1: And did you talk about your internal thought process and kind of the reaction internally and emotionally coming off the stage? Did you feel like you did because you're talking about it now and it sounds like you're always going to talk about that moment. So that's obviously as we know now, a huge moment in your life. Did you realize it at the time? Um, you know, I realized the industry was going someplace and you know, I was pretty gratified with when I was able to accomplish that day and a kind of, some of the movements and actions I've had since, um, you know, there's a lot of people have done a lot of great work in this industry and I don't want to ever take any credit away from the work that they've done. But, um, you know, I've always been there supporting and advocating and doing what I could to provide more legitimacy for, uh, the actions that, you know, some of our colleagues in the industry here go through.