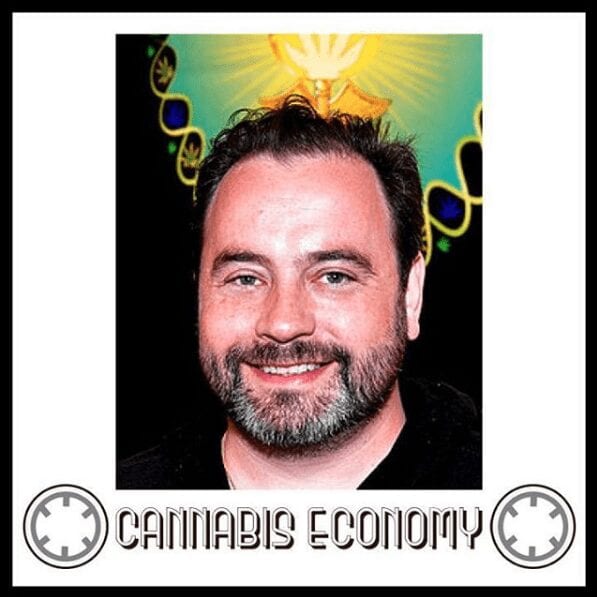 November 24, 2016
Recorded at the High Times NorCal Cannabis Cup, Danny Danko, High Times cultivation editor, is your virtual tour guide reviewing cannabis from the major cannabis economies. Along the way, we find out Danny spent his formative years in Russia before moving to the US at the hight of the cold war in the 80s. But first we talk specifically about Huboldt County cannabis with Steve Dillon who manages a network of farmers from the area. He delves into just how different dealing with regulations are for the County’s growers and how everyone’s getting used to the new reality.

Speaker 1: Danny Danko recorded at the High Times Cannabis Cup, Danny Danko High Times cultivation editor is your virtual tour guide, reviewing cannabis from the major cannabis economies. Along the way, we find out that Danny spent his formative years in Russia before moving over to the US at the height of the Cold War in the 19 eighties spot. First, we talked specifically about Humboldt county cannabis with Steve Dillon, who manages a network of farmers from the area. He delves into just how different dealing with regulations are for the counties, growers, and how everyone's getting used to the new reality. Welcome to cannabis economy. I'm your host Seth Adler. Check us out on social with the handle can economy. That's two ends of the world economy, and if you're into more direct communication, would like to support the show. Feel free to send me an email and engagement can economy.com. Danny Danko proceeded by Steve Dillon. Enjoy. Alright, so here we are. True humble booth. Steve Dillon, executive manager of true humble. What does that mean?

Speaker 2: Um, it means I got voted to be the, uh, the organizer, the spokesperson for a bunch of them. What were outlawed farmers who are now coming into the new regulated, um, a marketplace. Um, humble county had the first, um, farm land use ordinance in the state. And so what we're doing is we're helping all of these older outlaw farms come into compliance mainly through environmental regulations, stored water, um, business practices. We've grown to over 100 farms and um, it's really an ad co op or farmers. Yeah,

Speaker 3: 100 farms. That's a ton a. well, what's the general sense from the farmers? You guys are going ahead and kind of doing the business stuff it sounds like, so that they don't have to and making sure that they're compliant and all that. What is the sense, I mean, how, how fearful are these guys being that we're talking about 30 years of, of, uh, of not being in the light, more being in the shadows, you know, how, how are they feeling these days?

Speaker 2: That's where we come in. Yeah. Uh, we, we were Guinea pigs. We, we threw ourselves out there and talk to fish and wildlife first we talked to the state water resources board. First we talked to the county planning commissioners and the four board of equalization for taxes. And for most farmers after 30 years plus of doing things the way they did, every one of those steps goes against their grain. So it's the opposite of what they know to do is the exact opposite. What we used to do and used to say is he would burn all your paperwork because it's considered to be used against you in a court of law and you would throw it in the wood stove and burning. Um, now we're teaching them to keep all that paperwork because they're going to need it to write off their taxes. They need to show that, um, it is, it takes a lot to grow marijuana or cannabis and uh, it takes a lot of money and it's not all profit. And in this new market you need to be transparent. So it's, it's, um, a struggle. Some farmers are ready to jump in and others had extreme ptsd and uh, so we deal with a whole wide range,

Speaker 3: uh, how, what's the state of the flower

Speaker 2: and humble stay. The flower a things are drying up from last year, but the light dep prop is starting to come in as we speak. It's going to be a great year really is that one of the other things we do with the sungard scale is we really try to help the farmers switched to organic best management practices. Um, and that's really, we feel really beneficial for the land and for the cannabis. How are they taking to that? Surprisingly well, I'm. The quality is you don't lose anything on quality. You actually save on money and it's better for the environment. You know, those are three things that we are basing our whole foundation on. Three things that they could certainly get behind. Yeah, they can get behind it all saving money. Um, you know, Humboldt has got a bad rap over the years. And um, what, what do you mean when you tend to see humbled in the media on the news?

Speaker 2: They come in and they, uh, they showcase trespass grows and grows that have legally clear Kat and bulldoze mountainsides and Bros that are running stream strive. So that image has gotten out there and we're really. The original farmers never did these things. That's not an old, that's not an old humbled practice. Um, no farmers, I didn't, I knew ever use rat poison. Um, it was these trespass grows being run by large, you know, it's just called outside interests. Whoever they are, whoever they are, they've got no connection to the community, to the land. And um, unfortunately that's what was getting shown to the world. Um, the reality is humble counties made up of hundreds of small towns and communities and small volunteer fire departments and wrote associations and families that have, have generations that are raising their families here and um, they care deeply about the land.