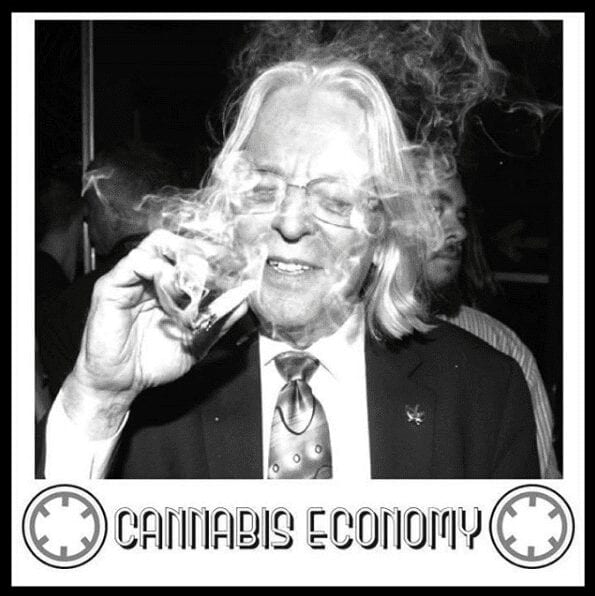 November 28, 2016
If you got into the cannabis industry after 1970 you haven’t been in for as long as Keith Stroup the co-founder of National Organization for the Reform of Marijuana Laws- NORML.  46 years hence, Keith sits down to discuss the roots of marijuana as a symbol of the anti Vietnam war movement. But first, David Brown joins us to discuss the upcoming Lift Expo in Vancouver. Recorded before this years conventions we touch on the 68 and 72 conventions with some pretty impressive name dropping along the way. Keith Stroup preceded by David Brown. And if you’re still reading, listen in to find out why Keith has to clarify that former US Secretary of State and VP Nominee “Ed Muskie never did a hallucinogen.”

Speaker 2: if you got into the cannabis industry after 1970 you haven't been in for as long as Keith Strong, the Co founder of the National Organization for the reform of marijuana laws, norml 46 years, hence, keep sits down to discuss the roots of marijuana as a symbol of the anti Vietnam War movement. And then so much more. But first, David Brown joins us to discuss the upcoming lift expo in Vancouver. Welcome to cannabis economy. I'm your host Seth Adler. Check us out on social with the handle can economy. That's two ends of the word economy. If to more direct communication or would like to support the show, feel free to send me an email and engage at [inaudible] dot com reported before this year's convention. We touch on the [inaudible] 68 and 72 conventions with some pretty impressive namedropping along the way. Key Strop proceeded by David Brown.

Speaker 3: So, you know, we've got David Brown a back again. David, uh, you're on the run. So thanks for giving us a few minutes.

Speaker 4: Not a problem. Thanks Avenue.

Speaker 3: Of course. So, you know, thanks so much for having me up at Lyft Expo in Toronto, you know, coming off of that, uh, what kind of feedback did you, did you get from, uh, from the show, from folks that attended

Speaker 4: really positive feedback on our turnout was 10,000 people over two days, which was just incredible. We had some of the feedback I got was from the producers who were there who, because of the regulations are, are prevented from interacting with their clients in any way other than over the phone. And so it was the first time any of these producers were able to actually interact with a large amount of their clients and patients in that way. And so that was probably the best feedback I thought that we were able to connect producers and patients, but you know, people from all around the industry all around the world were able to reconnect. And I think that was a very positive thing too, that, that same venue in the past had been a different name but a similar, uh, expo. And so I think, you know, the community saw the need for it and was really happy to see lift, step up and take on that role and then hosts so many people in Toronto.

Speaker 3: So as you know, has gone into the annals of history, uh, since then, um, you know, this legalization, a paper came out this discussion, I think it's called the discussion paper that you sent over to me. I read through it. I found it interesting. Uh, what, what did you take away from it?

Speaker 4: I think it's hard to give it in a nutshell. It's a complex paper.

Speaker 3: It's from the government of Canada by the way, right?

Speaker 4: The government of Canada, I would say anyone who reads it, they need to read it two or three times to really absorb all of it. It gives us, once you can start to read between the lines, it gives some good. I'm a telegraph, a bit of their intentions, while at the same time leaving open to other possibilities. Know the government has always said they want to take a very strict approach, but they also do acknowledge some of the problems with that. Strict approach in terms of controlling the market. And so that's helpful to see that they at least acknowledged it. They acknowledged it in that paper. Um, so for example, they talk about, you know, re retail outlets and the need to tightly restricted retail outlets, but in the same vein, they also say, you know, would we restrict them too tightly? We're just going to end up with another black market and it's a fascinating paper. Anyone who wants to understand what's going on up here in Canada and, and you know, in my opinion, Canada is really kind of leading the way for, for, for uh, federal, uh, regime. And so people should, you know, really learn about what the strict approach will look like.