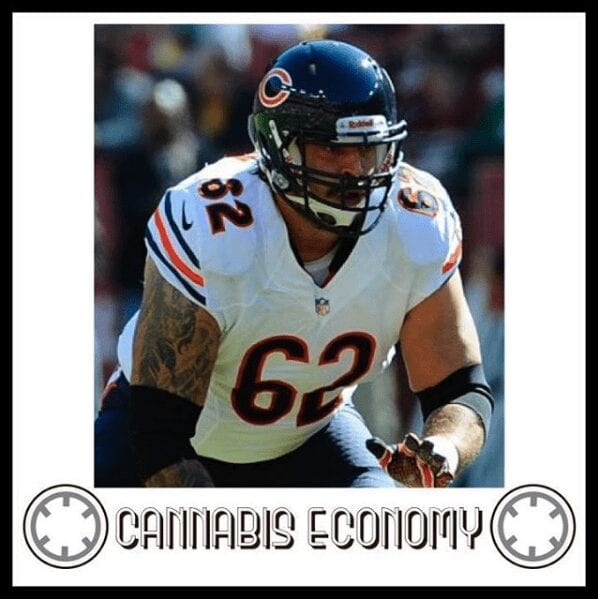 December 13, 2016
Eben Britton, Charlie Adams, Nate Jackson, Riley Cote, former NFL and NHL athletes join a roundtable discussion with Heather Jackson of Realm of Caring and Dr. Marcel Bon Miller of the University of Pennsylvania on pain management. We talk about how marijuana is currently used by pro athletes despite the medicine being banned by all professional leagues. The athletes share, to a person, that the stigma associated with cannabis is not so present in the locker room, as long as a teammate delivers. But first Amanda Reiman returns to share how the cannabis regulatory framework is shaping up in Oakland and to provide an update on Prop 64.

Speaker 2: Pain management in pro sports, even Britain, Charlie aimes, nate Jackson, Riley, cody, former NFL and NHL athletes. Join a round table discussion with Heather Jackson of realm of caring and Dr Marcel von Miller of the University of Pennsylvania on pain management. We talk about how marijuana is currently being used by pro athletes. Despite the medicine being banned by all professional leagues, the athletes share to a person that the stigma associated with cannabis is not so present in the locker room as long as a teammate delivers, but first Amanda Reiman returns to share how the cannabis regulatory framework is shaping up in Oakland and to provide an update on prop 64. Welcome to cannabis economy. I'm your host Seth Adler. Check us out on social with the handle. Can Economy, it's two ends of the world economy. And if you're into more direct communication, feel free to send me an email. How to engage a can academy.com athletes proceeded by Amanda. And so once

Speaker 1: again, it's Amanda Reiman time. Amanda. Hi. So this is the first time that we're not really sitting right next to each other. I'll give that away. Um, you know, and it's uh, it's disappointing, but we'll let suffer through it. Right? Professionals, I think we can do it indeed. All right, so we want to cover oakland. We want to cover prop 64. I think we haven't covered Oakland just yet and so it would be great for you to give us an overview of what's happening in cannabis in as we speak.

Speaker 3: Sure. Um, so there's a lot of really exciting things happening here in Oakland around cannabis regulations. You're the city of Oakland has always really been on the forefront of this issue of being one of the first cities in this state to license dispensary's after prop 215 passed a, they made an attempt to licensed cultivation a few years back and actually threatened by the federal government with rest if they continued on with their plan to license large scale cultivation and the city of Oakland. But now that we have the medical marijuana regulation and safety act, I feel that the city is finally ready to push ahead with its brand design for what cannabis regulation is going to look like in the city of Oakland. And you know, just to give some listeners out there, you know, some background, the city of Oakland is about 500,000 people. Uh, it's very ethnically diverse.

Speaker 3: Uh, we're about 25 percent African American population. It has been traditionally a city that is very much connected with social justice. Um, so the black panthers were started here. Uh, we saw a lot of union organizing around the port of Oakland, which is the largest port in California, which we have here in Oakland. So there's a lot of history of some social justice in the city and it's a fairly large city, um, but not as big as Los Angeles or San Francisco, which is about twice that size, actually. Interesting fun fact. Um, Oakland has half the population of San Francisco, but it's twice the geographic area. Yeah. Fun Fact Fun, right. Uh, so oakland has always been very friendly on the cannabis issue. Uh, as soon as the state level regulations were passed, the city council got to work looking at what that would look like for the city, given that the state regulations call on localities to develop their own licensing schemes.

Speaker 3: So, um, I sit on the cannabis regulatory commission for the city which was established under measure z a few years ago. Measure Z is the ordinance in Oakland that makes a private adult cannabis use the lowest enforcement priority for the police. And there's a few other jurisdictions in California that have also passed those ordinances. So we as a commission have been working with the city council to develop a regulatory scheme for the licensing of everything under the sun. Um, so we, you of course are going to looking at cultivation manufacturing, delivery, but also things like genetics, labs and nurseries, and so really innovative cannabis businesses. So the City Council recently passed an ordinance to license all of these types of businesses, save for brick and mortar dispensary's. Um, so kind of the deal is that Oakland right now has eight licensed brick and mortar dispensary's. Their plan is to double that number every year, so they're going to have an another eight that are going to be available every year, uh, for dispensary's.