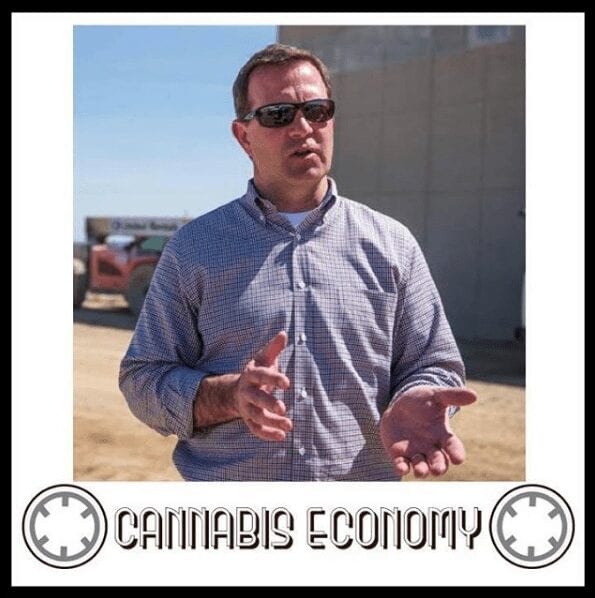 December 29, 2016
With better news than expected, JP Holyoke, the executive chairman of the ballot initiative in Arizona takes us through what’s happening on our way to election day in the copper state. Jeremy Unruh of PharmaCannis operating in both Illinois and New York then shares an update from his perspective on each market. He discusses why his partners all of whom come from traditional industry’s are all in on the promise of the currently nascent programs. Our man in Arizona, JP Holyoak followed by Jeremy Unruh of the land of lincoln and empire state.

Speaker 3: All right, so we've got jp Holyoke, uh, you know, Arizona. You're the man to talk to in Arizona. Is that about right?

Speaker 4: I think, I think I am as the chairman of the campaign, I think I, I'm probably, this is directly the horse's mouth.

Speaker 3: All right, so, uh, this is where you want to get the info as far as when I'm speaking to you. It's a, let's call it late August. Um, and let's just dive in right on the, uh, initiative. How are we polling well, what does it look like today?

Speaker 4: Well, we don't necessarily release our polling results. We do that as part of our campaign strategy, but I can say that if the election were to be held tomorrow, I would be very happy with the outcome.

Speaker 4: No, nothing has changed. The opposition, the Prohibition of South there, they've released what we know to be absolutely bogus polling for political reasons, political reasons is to try to generate some momentum of thinking that to the public perception that hey, maybe you know, there isn't this strong support that's out there and frankly as an attempt to dry up the campaign contributions that are coming in because who wants to contribute financially to a campaign that isn't likely to succeed? So there's been political strategies employed there, but we know what the real data is and frankly our opposition knows what the real polling data is as well because we've seen their polls too.

Speaker 3: What can you tell us about the nuts and bolts of the, uh, of the initiative? Get into it. You know,

Speaker 4: this is relatively simple. We want to take marijuana away from the criminal black market, put it into a taxed and regulated system here in Arizona, and then the tax proceeds from that will go to fund education. Beyond that, when we start looking at some of the nuts and bolts and some of the details of it, there would be about 150 medical, or I'm sorry, not medical, but adult use dispensaries statewide. Indeed, individuals could purchase individuals over the age of 21 could purchase up to an ounce of cannabis or five grams of concentrate, and then they would be able to grow up to six plants on their own at home for personal consult.

Speaker 3: Okay. So we've got home grow, we've got a kind of limits on, on purchase and everything. Um, what has been the positive feedback from the community? In other words, you're preaching to the converted here. Um, but as far as folks that you're, where you are changing minds and hearts and minds as they say. Uh, what has the feedback been?

Speaker 4: It's been, it's been overwhelmingly positive. The positivity or the positive responses that we've received from some unusual sources. When we look at this and we're out there talking to voters, which, which is what I'm doing every single day, I get a lot of feedback of people saying to me, hey, look, I don't like marijuana personally. I personally choose not to use it, but they'll still say that this is a freedom issue, that individuals should be able to choose to consume something objectively safer than alcohol, even if they don't do it themselves, and they're looking at, at prohibition as being an abject failure. So, so there's a, you know, what prohibition didn't work. I think that there's a freedom aspect here and let's go ahead and tax and regulate it instead and send the money to our schools for the sole reason that prohibition has been an abject failure. We're far better off taxing and regulating it.