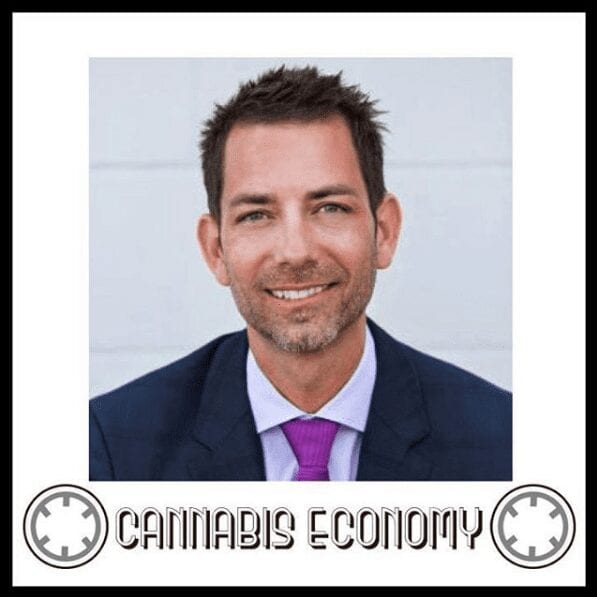 January 21, 2017
With some interesting prognostications, Aaron Justis returns. He discusses what might just happen in cannabis as we move, albeit deliberately, towards legalization nationwide. His focus now though is on the city of Los Angeles as state wide regulations come in to existence. Aaron shares that the year of 2017 is when the work gets done in the city and the state. We move into a conversation around the similarities between cannabis and wine as well as cannabis and coffee…and the potential ultimate outcome of “cannabis as medicine.”

Speaker 1: Aaron justis returns with some interesting prognostications Aaron justis returns. He discusses what might just happen in cannabis as we move all be it deliberately towards legalization. Nationwide is focus now though is on the city of Los Angeles, is statewide. Regulations come into existence. Aeron chairs that the year of 2017 is when the work gets done in the city and the state. We move into a conversation around the similarities between cannabis and wine as well as cannabis and coffee and the potential ultimate outcome of cannabis as medicine. Welcome to cannabis economy. I'm your host Seth Adler. Check us out on social with the handle can economy. That's two ends of the world economy and if you're into more direct communication, email, engage@Canneseconomy.com. As an introduction, we go back to episode 54 for a bit of a biographical overview. The triumphant return of Aaron Justis.

Speaker 2: I. I've never really talked about this. I was going to post it. I never did, but it comes to mind and why not a girl scout cookies of America did send me a letter a couple years ago and said quit using this name and, but it wasn't my strain or anything. Well, yeah, everybody's got it right. Yet we had won a big competition with it. We got that letter and then I kind of put it to the side and, and haven't heard anything since because I was going to say I saw some girl scout cookies over at medicine man the other day. I bet you did. Yeah, exactly. So Pete Williams showed me, you know, so you know, it was good. Oh yeah. Oh yeah. He knows this stuff. But uh, as far as what's in a name? Yeah. You know, I said I said what he did. J U S T I c e that's justice.

Speaker 2: But for you it's ju. , s t I s. Yep. And then you laid one on me. Yeah. So, um, a lot of people, I don't talk about it often, but I was adopted at two months old and I never knew who my birth parents were anything but a couple of years ago I got my original birth certificate and my birth name is actually Frank Gilbert Goldstein. Well, you know, it's good to have you as a member of the tribe. I guess that's what I hear exactly. But wow, that you just said a lot of different things there. So how did you come upon the original birth certificate? While I was born in Chicago and Cook County and they were one of the toughest places to get your original birth certificate from and a couple of years ago they just basically opened it up so I just requested it and truthfully I was not even sure if I had a different name, you know, I probably had asked my parents and forgot.

Speaker 2: But yeah, it was surprised when I saw it. And you were adopted a as a chair, so you don't remember that, right? Uh, wha, what do you know about the process though? I mean, you know. Well, it's interesting is, yeah, my mother was Jewish and um, but I was adopted through a Lutheran Agency and I'm not really sure how that happened or it just doesn't matter I guess, but, um, that's all I really know about it. My, I have an older brother to my parents that raised me and he's their biological child, but he's kind of a big guy and my mom's and he was a big baby and my mom said I don't want to do that again. I want to adapt. So. Okay. So she ended up with me. All right. And then, uh, your birth parents, uh, is there any connection there? Um, I, I've, I've found out who they are.

Speaker 2: We've talked on facebook and things like that, but nothing, no face to face. Okay, fair enough. So kind of busy, kind of busy doing stuff. We're going to talk all about that. Yeah. Uh, so we'll, we'll leave them over there, but then let's talk about your mother who seems like a, an interesting person to say the least. She gave birth once and said, f that noise say yeah, exactly. And so how did she, uh, you know, come to adopt you? Well, I'm not exactly sure. They just um, applied with an agency and it happened. What was interesting though is my mom is Italian and Swedish and I'm so, so I grew up with a lot of Italian things and that for awhile and you know, it's, I guess somewhat similar to the Jewish culture and it was interesting and my mom, my mom and I kind of looked the same and my brother looks more like my dad and so everyone used to think my brother was the one that was adopted, not me and I, and I think it irritated him a little bit.