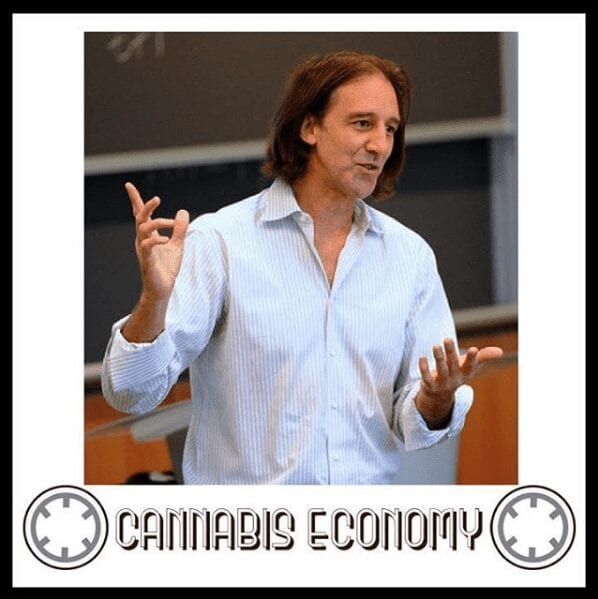 February 23, 2017
David Bell, Professor of Marketing at Wharton sits down to discuss the basics of marketing from an extremely high-level. After discovering a bit of his background, we go through a number of industries with similarities to cannabis to discuss what can be learned from folks that have been through a few half lives. Professor Bell takes us through his best advice to cannabis companies new and experienced. But Kelsey Osborne first joins us to share her experience. Facing her seizing child, she provided her daughter with cannabis. As we’ve interviewed many parents like Heather Jackson from Realm of Caring and Paige Figi regarding Charlotte- this wouldn’t be a big deal- but it happened in Idaho. So Kelsey is now headed to court.

Speaker 2: David Bell and Kelsey as well for David Bell, professor of marketing at Wharton sits down to discuss the basics of marketing from an extremely high level. After discovering a bit of his background, we go through a number of industries with similarities to cannabis to discuss what can be learned from folks that have been through a few half lives. Professor Bell takes us through his best advice to cannabis companies, new and experienced, but Kelsey, I was born first, joins us to share her experience facing her seizing child. She provided her daughter with cannabis as we've interviewed many parents like Heather Jackson for Melanin, caring and page figgy regarding Charlotte. This wouldn't be a big deal, but it happened in Idaho. So Kelsey's now headed to court. Welcome to cannabis economy. I'm your host Seth Adler. Check us out on social, but the handicapped economy, that's two ends and the word economy. David Bell proceeded by Kelsey Osborne. Okay, so we've got Kelsey Osborne

Speaker 1: Yeah, and I'm. I'm doing well, I'm, I'm happy to be talking to you. You know, I, uh, I saw a news story today. You're our first, uh, Idaho, a guest and we'll get to exactly why that is in a moment. Um, but you know, I, I'm drawn to your story and I want to make sure that, uh, we kind of talk about it. So, so share with folks, uh, exactly what's going on please.

Speaker 3: Well, um, I've been having anger issues in violent outbreaks, this my daughter since she was 18 months old

Speaker 1: from, from her perspective.

Speaker 3: Got It. Um, when she was about 18 months old and she got her mmr vaccination and she ended up having seizures from that, from that time on her, her behaviors and her violent tendencies of aggressively got worse. And um, so after

Speaker 3: a lot, a lot of while of finding counselors and go into different counselors and nothing being done about it, no help for me or my daughter, we had, we put her on risperdal and she was doing, seemed to be doing great on it. Um, no issues. Um, her, she went through her dad's house and she just stopped the medication, didn't inform me, she came back to my house, she's taken the dose issue was supposed to and then I was in the process of moving, I that they stayed with their dad for that, you know, it was almost two weeks and um, October fourth is when I was informed that he took her off of the risperdal. I'm on that night. She was screaming and crying and just,

Speaker 3: I don't know, to me it was, she was tired. She didn't have a nap. She was fighting, going to sleep. The next morning on the fifth she woke up and she didn't seem like herself. She was hallucinating and had, she started having seizures and she was screaming, you know, begging me to help her, that she loved me and her daddy and a Mike and her step mom and just, she just, I couldn't get her to stop having seizures. It was in and out of seizures. And um, I had called her doctor about 10, 10, 30, let him know what was going on. He told me he didn't feel like it was a medical emergency that you would see her in at 1:00. Me Not being adopted, me not being a doctor listened to my daughter's doctor. So I listened to him, didn't, you know, didn't take her to the hospital.

Speaker 3: So at 11 a continued, she was still host meetings. I'm having seizures. I got her to calm down for, I don't know what to say, maybe five, 10 minutes at the most. And I had at 11:00 I had given her the smoothie with cannabis in it. About 30 minutes later is when she was completely, you know, call them. There was no hallucinations, there was no seizure. She was laying down, she was able to lay down and taken out. Um, and then I had woken her up. We went to the doctor. There was a eeg test that was done. Um, they said it came back essentially normal. He called the doctor up in Boise. I'm the, they wanted to see her up in Boise that night for emergent emergency testing or brain nervous testing. Um, they wanted to test her to see if she might have gotten into anything else and at that.