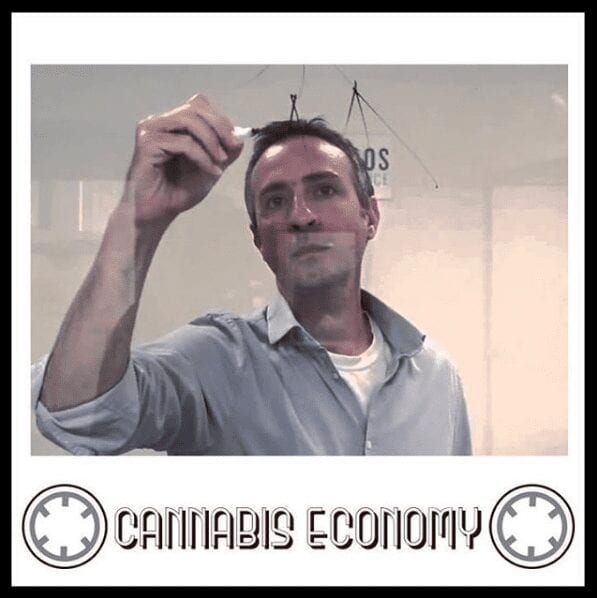 February 28, 2018
Is your favorite strain actually your favorite strain? Mowgli Holmes is on a quest to find out. If you ask him if he’s mapping the cannabis genome, he’ll say yes- but it’s much more than that, he’s mapping thousands of genomes and trying to understand how they’re related to each other. Mowgli’s interested in realizing not only what the plant does to the people but what people have done to the plant. But first, per his forearm tattoo, cannabis warrior Etienne Fontan is fresh of a win in a battle with the federal government. He joins us to explain how the latest tussle went down. Etienne also discusses the new reality in California now that Prop 64 has passed and how you can make your voice affect the change you wish to see.

Speaker 1: Mowgli, Holmes and Etienne Fontana is your favorite strain. Actually your favorite strain. Mowgli Holmes is on a quest to find out if you ask him if he's mapping the cannabis genome, he'll say yes, but it's much more than that. He's mapping thousands of genomes to try and understand how they're related to each other. Now, there's interested in realizing not only what the plant does to people but what people have done to the planet, but first for his forearm tattoo cannabis warrior, Eddie and Fontana is fresh off a win in a battle with the federal government. He joins us to explain how the latest tussle went down at the end and also discussed the new reality in California. Now that prop 64 has passed and how you can make your voice effect the change you wish to see. Welcome to cannabis economy. I'm your host Seth Adler. Check us out on social with the handle can economy. That's two ends of the world economy now. Ugly homes preceded by at 10 Fontana,

Speaker 3: the entire Pacific core door is now illegal, straight up and down. That was 14. Now this has changed the discussion at the federal level and we can now address it at a federal level because they have to. There's no way you can ignore a interstate commerce. People want to be able to do that within these, uh, these legal corridors and it has to be addressed. Now, of course, Obama said he would take his time with it. Uh, I think that the, uh, amount of victories that we saw a change that point of discussion and accelerates it, right? Hope it accelerates it or we can use this time in this void while everybody is concerned with the trump situation. We, uh, can now use these topics to get into places and start discussions with our representatives and our local people to work on the state level so that I'm in the next upcoming elections. Uh, it started off with two. Now it's for now it's a can we spring to 16, then 32 next two elections. You know,

Speaker 4: just cut there for a second with you being in California. I'd love to just focus on California. You mentioned one, a piece of, of 60 Ford that you'd like to change your, um, you know, work on what else? What else did 10, 64, um, is a, is necessary for a change as far as you know, this being day one of actually working on writing a lot

Speaker 3: limited issue. If you're allowed six plants, you can grow more than an house six plants. So we have, we have an issue right there of dichotomy on top of that. I

Speaker 3: On your other people who travel or comes in now for patients that you can still travel with your amount to come see me because people come with more than announced when they come to Berkeley patients group. That's illegal legal because it's all left intact to 15 is so for us, we now have to look at taxation and non taxation because here in the state of California, you can now the tax exempt from paying over the counter tax, which in Alameda county was nine percent and if you have a state card, which is the only way you can receive that discount due to how 64 is written,

Speaker 3: um, you can have that situation now with that could also be lobbied to change for recommendation in the future as opposed to a strictly estate card. However, the state of California wants the state card because it raises revenue from the generation of that card to fund the program. So these are things we have to work within the confines of our state, um, as well as with 64 passing. And it forces a medical cannabis law that was just passed by the stage, which is a regulatory situation which is a, it was a Murcia which has now been changed to a Mc say which is the medical cannabis regulation and safety act. And that is going into effect in 2018. And that was solidified under this prop 64. So we are very fortunate that the state has representations for that as a former head of the ABC for the State of California is the now head of our candidates plan taskforce at.