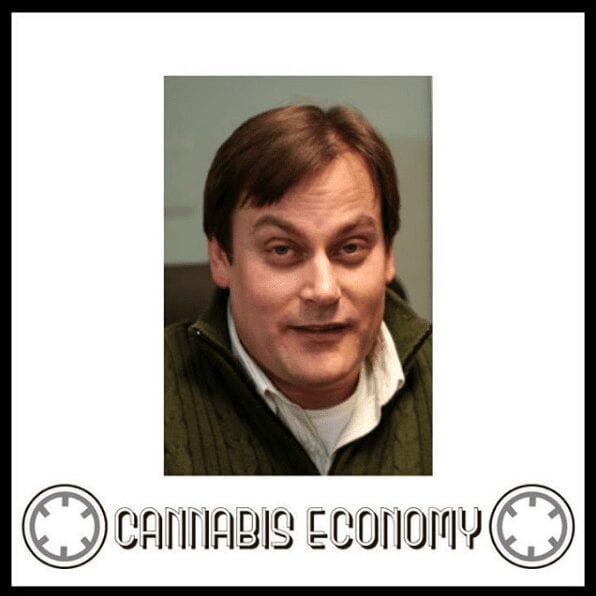 March 22, 2017
what’s happening on the ground in MI. He explains that the law is changing and in the long-term that will be a good thing. He and his colleagues are suffering through what should be short-term raids in the time being. As you’ll hear though, the timeline is certainly up for interpretation.
Dr. David Schubert then joins us to discuss his work with cannabis and Alzheimer’s and what led him to a molecular biology approach to how the brain works and his overall work in neuroscience. Dave dealt with the initial misconception that the brain could be easily understood and he explains that for the most part, we still don’t understand it. That said, David does have some answers…which he shares. Prof Schubert also sheds light on the way that way that drug discovery works…or doesn’t.

Speaker 1: Dr Dave Schubert and Jamie Lowell Jamie lowell returns to give us an update on what's happening on the ground in Michigan. He explains that the laws changing and in the long term this will be a good thing he and his colleagues are suffering through what should be short term rates in the time being. As you'll hear though, the timeline is certainly up for interpretation. Dr Dave Schubert then joins us to discuss his work with cannabis and Alzheimer's and what led him to a molecular biology approach to how the brain works in his overall work in neuroscience. They've dealt with the initial misconception that the brain could easily be understood and he explains that for the most part, 50 years later, we still don't understand it. That said, Dave does have some answers which he shares. Professors Schubert also sheds light on the way that drug discovery works or doesn't welcome to cannabis economy. I'm your host Seth Adler. Check us out on social with the handle can economy. That's two ends of the word economy. Jamie lol. And then Dr Dave Schubert

Speaker 2: working with the

Speaker 2: Alright. Alright, so it's Jamie low once again. How, how are you man? How's everything going?

Speaker 2: Okay, good. Well, I'm glad you're optimistic. Someone reading headlines like me, it looks messy. So, so give us a sense of, of what's going on and why it seems messy from afar.

Speaker 3: Well, there's a lot of changes taking place in Michigan concerning distribution of medical marijuana. The state finally accurate. It passed two laws. So with that in that transitionary time, uh, there's some upheaval and some misunderstanding, different interpretations and all those things that commonly come up, law change and there's some raids and uh, an action like that and it's still working it out. And in addition to that, there are other efforts taking place in sort of changing these new log already before they really get implemented in one way or the other. People fighting over how that policy is going to work. So, uh, there is some positive movement and recognition of things, but that really smoothing it out and getting everybody on the same page and how it's going down. It's a rough thing. It's not uncommon, but it's really our income

Speaker 2: understanding that the new law as the ability to change what is, uh, what is written, what is true now that, uh, that wasn't necessarily a few months ago

Speaker 3: for commerce and businesses to be recognized on a state level and have kind of statewide brand, but are there still a local component in which the local community has to want that and which way, where they're going to be resolved and all that kind of stuff. And then once that's established, there's a statewide process which there are a, the application for license Ford and the approval of an athletic thing. Um, and so once that somebody were able to complete that process, say what, that'd be recognized on a statewide level, whereas that was never before the case for expenses were either kind of renegade forehead, just local acceptance or approval.

Speaker 2: So there in lies the rub if we're still in the process of gaining, you know, the blessing from the state. Uh, that's why the ranger happening. Is that about right?

Speaker 3: Yeah, they've gone on continuously at different times, but right now with this pending new system coming, I'm sure, uh, some of those agencies and taskforce and feel a little bit more empowered to move forward in December 20th. The law read that if you're doing these type of distribution and tried a lot of place without a proper license, enforceable.

Speaker 2: And what do you do if this is your job, if this is your business, in other words, you know, you kind of got to keep it open, right? While you, while you apply.

Speaker 3: I had three different things while this process continues with the new legislation or to establish all the components necessary to have people licensed, recognize on a statewide level and that type of thing. As long as there's local tolerance, it's almost like as if it's before this, I mean at least for that small period of time, it's all the same questions are in place, all the same legality to replace. So as long as you have a friendly area, you'll see some things just kinda continue on as normal, at least for the next thing is those places who are operating, they're typically already have local approval, so now they need the next day. So like part of the job's already done and she started working towards figuring out how the statewide process is going to be and you start looking at that, uh, spent a third thing is that you try to go above all that and you know, working on a statewide initiative or do some other heavy lobbying. So where else in order to slay policy in order to kind of clarify things in a manner that make it easier to stay put, things are going up.