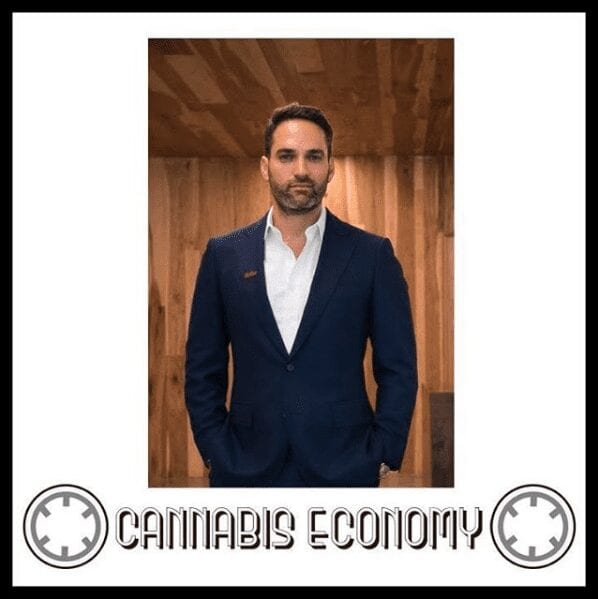 April 3, 2017
Tim Smits joins us and at the top admits to being a suit. Furthermore, Tim shares that none of his friends would believe that he would be in the cannabis industry based on the way that he was raised. He takes us back to initially doing menial work for his father’s business getting paid less and doing more. He essentially gives a mini-masters class on business administration. Tim goes on to share how his upbringing as an entrepreneur perfectly shaped him for his career in cannabis where everything costs more and takes longer than you think. But Adam Bierman first joins us and readily admits he’s also a suit. He takes us through his philosophy and how and why he’s ok with the fact that he’s considered an industry contrarian.

Speaker 1: Tim Smits, Bierman Tim Smits joins us in at the top admits to being a suit. Furthermore, Tim shares that none of his friends would believe that he would be in cannabis based on the way that he was raised. He takes us back to initially doing menial work for his father's business, getting paid less and doing more. He essentially gives us a mini masters class on business administration. Kim goes onto share how his upbringing as an entrepreneur perfectly shaped him for his career in cannabis where everything costs more and takes longer than you think, but Adam Bierman first joint doesn't readily admits he's also a Sudi. Takes us through his philosophy and how and why he's okay with the fact that he's considered an industry contrarian. Welcome to cannabis economy. I'm your host Seth Adler. Check us out on social with the handle can economy. That's two ends in the word economy. Industry suits Tim Smith's and Adam Bierman. Enjoy Adam Bierman Med

Speaker 3: men. We think you're from la, but it's so much more than that. In how many geographies are you operating? Well, we currently have exposure into six markets, uh, including Canada. Six markets including Canada. Yes. Those being California, Colorado, Nevada. No, Colorado. Oh, no calories. No, he's not know about my whole thesis that we don't play in places like Colorado. Tell us why you would one would think that you would definitely be there. So

Speaker 3: we focus on what we call supply constrained, high barrier to entry markets with limited licenses and large addressable populations. So there is really not one of those boxes that a place like Colorado would be able to check off shore. So, um, in comparison to Colorado with over 2000 licenses for a very small population, a very low barrier to entry. If you look at a, a place like Nevada where we're sitting here in Las Vegas today, um, you know, Nevada issued as an example. I'm stay at 60 retail licenses for the state of Nevada to address a total population including tourism over 40 million people. Um, so that's more your speed that, that, that's our deal. So a high barrier to entry supply constrained, limited licenses, large addressable population, so you won't see us in Oregon or Colorado or Washington for that matter. California's a little bit nuanced.

Speaker 3: Um, we play in California very big, um, but we look at California like its own country and the municipalities like their own states. So we're selecting to participate, uh, and get exposure in the municipalities that act in that same manner. Supply constraint, hybrid entry, large dressable populations. The biggest one obviously being the city of Los Angeles. So we have a lot of exposure in la. Um, there are, there will be two measures on the march ballot, but regardless of what happens in the city of La, there will be limited licenses to address a very large population. So we are running the opportunity fund, which is 100 million dollar fund. I would say more than half of that fund is being allocated just to Los Angeles. January first 2018 is when everything kicks in. You're talking about march of 2017, march of 2017. There were two ballot initiatives in the city of La to refine what is now property property is limited immunity for those operating in good standing, but not actual licenses, so as of March, that will change and be updated in one way, shape or form and licenses will be granted to a limited amount of these businesses operating in Los Angeles.

Speaker 3: And you have dispensary's we do, we have, again, we have exposure into La and the plan is more than half of half of our fund will end up in La. So, um, we, we are very proud of the retail that we have in Los Angeles. We're very excited about a $13,000,000 project in desert hot springs that we're building, um, that will manufacturer a and we will be able to distribute through those retail outlets in southern California. So California is the whole kit and caboodle, right? One would just have to be a minimally successful in California to be usually successful in the world. So we were looking at California with a new market, you know, reckoned medical combined at full stabilization. We, we, we think it's an $8,000,000,000 plus opportunity, so a lot of focus on California and obviously a lot of focus on la. What's the key to operating retail and southern California?

Speaker 3: I think it's, I don't think it's specific to southern California. I think for us the key to operating any of these businesses to operate them as if they were a normal business and that's going to be so contradictory to probably so many people you have on your show talking about the nuances of cannabis and tax law and you know, hiring qualified people and stigma and reputational risk and all the rest of that. But not for us. I mean, we look at this and it's got to be run like a normal business. It's big, you know, big agriculture, big manufacturing, you know, big box retail. That's how we look at it. At the end of the day, you know, those are those disciplines. Um, you know, they've been refined over many, many decades and you know, and perfected and systemized and you know, there's no reason not to try to recreate the wheel and there's no reason to try to recreate the wheel, I should say, um, you know, when you talk about retail, we get comparisons of our stores to other big box stores and we don't like to go there.