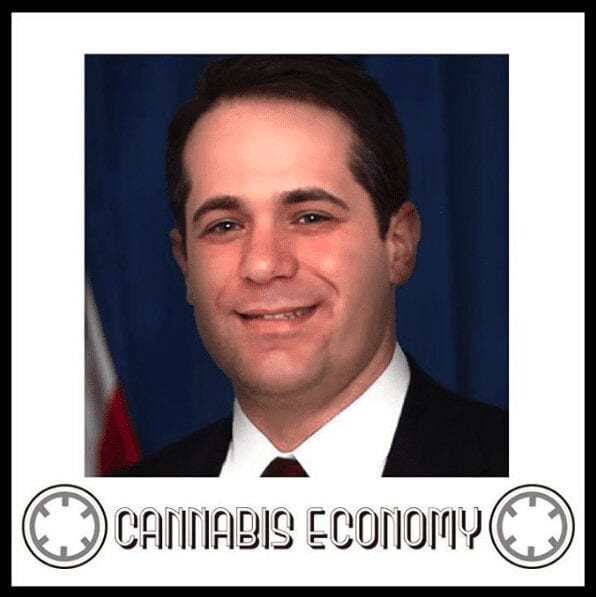 Ari returns (Episode 187) to provide an update on Vireo and New York cannabis in general. He shares a few ideas which might help the patient count increase and improve the program in general. New York is in an interesting place right now as the cannabis opportunity remains huge, but the shackles on the program remain very heavy. Politics aside, Ari is bullish on cannabis under the new administration and sites business and taxation as reasons for feeling that way. But first, Pamela Hatfield joins us and takes us through her journey as a patient which led her to what she feels is an unlikely career in the cannabis industry.

Speaker 2: Ari Hofnog, Pamela Hadfield. Ari Hofnog returns to provide an update on old and New York, cannabis in general. He shares a few ideas which might help the patient count, increase and improve the program in general. New York is an interesting place right now as the cannabis opportunity remains huge, but the shackles on the program remains very, very heavy. Politics aside, you bullish on cannabis under the new administration, insights, business, and taxation as reasons for feeling that way, but first, Pamela Hadfield joins us and takes us through her journey as a patient which led her to what she feels is an unlikely career in the cannabis industry. Welcome to cannabis economy. I'm your host Seth Adler. Check us out on social that the handler can economy. That's two ends and the word economy already. Half done. Proceeded by Pamela Hadfield.

Speaker 1: See, you're allowed one guy can be allowed on you. Where are you from the east coast? Sure. You have a California phone number? Eight zero having. Well, I'm originally from the east coast, but once you're from the east coast, it never leaves you right, but isn't your phone number four? One five? I'm California, California now. No, totally understood. That's why I thought you were California forests and I kind of look California now a little bit to. You certainly were on the east coast. Are you from. I'm from Connecticut, right outside of New York City, so the same thing. Totally the same for me. I'm from you. Where are you from? I'm from New York. Okay. What part? Well, Long Island. Okay. Yeah. I usually don't like to say, but it's true. It's true. It is a great place and it's beautiful. It's very beautiful. You still there? I am

Speaker 4: in the city, so I live in Manhattan. That was where we were last before we moved back to California from the last time I see now we just don't bother trying to leave you. California. Why would you? Well, I mean there are a lot of reasons to leave. Are there. Well, not now that we're in the cannabis industry, but yeah, but before then, what would it be where we were in New York City? Well, I'll tell you that. I'll tell you, there's only two places that I live. It's where we live now. That sort of area area. Bay Area Ish, or back to Manhattan? Well, because for one, five, that's why I said San Francisco area. Bay area. Where are you? I'm in Marin. Beautiful. Yes. Absolute Paradise. And that's. Well now it is. I kept, I've always been in silicon valley and working in and around that world and as it was moving further and further or closer and closer to the city, I kept moving further and further north because nobody would cross the golden gate bridge.

Speaker 4: And now tech is, you know, because everyone's in the city now. Everyone's out where we are. It's kind of a bummer dude. It's a total bummer language. Pamela Hadfield. Hello? Md. Yes. Right. So that, I mean it should be counted as tech, right? Yeah, it is tech. So then how do you come, you know, come to this. How did this happen? How did this happen? Okay. So we staRted, um, we are, um, my husband and I co founded the company. Mark hadfield. Um, what were you married at the time? We were married at the time, were still married, if you can believe it, but we'll get into that later. Yeah, and we, we'll get into that later. So we started, uh, we, we've started multiple companies together and we started a telehealth platform, technology company In a more traditional healthcare space about three years ago, four years ago.