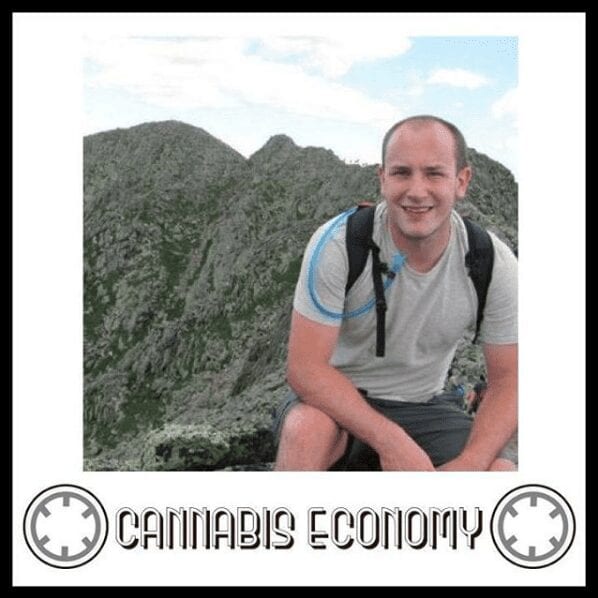 Cultivator turned multiple license holder Dennis Depaolo joins us and takes us through the fact that there is high quality cannabis being produced on the East Coast. He shares that he went to school to study plant science to prepare himself for a career in cannabis. He discusses his early days as a cultivator in ME and his path to licenses in Maryland, Massachusetts…and hopefully Pennsylvania. Kristi Knoblich then joins us from Kiva to share her journey which began way back, when there really wasn’t edible product on the shelves in northern California. Testing from day one, Kristi takes us through the changes made regarding information shared on packaging, product assortment and the true connection she feels that must be made between consumer or patient and plant.

Speaker 1: Dennis apollo and Christy knobloch. Cultivator turned multiple, license holder, dentist to paolo joins us and takes us through the fact that there is high quality cannabis being produced on the east coast. He shares that he went to school to study plant medicine to prepare himself for a career in cannabis. He discusses his early days as a cultivator in Maine and his path, the licenses in Maryland, Massachusetts, and hopefully Pennsylvania christie knobloch than joins us from kiva to share her journey which began way back when there really wasn't edible products on the shelves in northern California. Testing from day one, christie takes us through the changes made regarding information shared on packaging, product assortment, and the true connection she feels that must be made between customer or patient and plant. Welcome to cannabis economy. I'm your host seth aDler. Check us out on social with the handle can economy. That's two ends of the word economy. Dennis to pAolo and christie novolin

Speaker 3: with the nooks and crannies. Of course. Absolutely right, so I'm pepper. Actually. No, that's. You've got to respect the egg. Dennis, you got to respect the plant. You're a cultivator dentist. apollo. Thank you for joining us. You are a cultivator, aren't you? Absolutely. You know how this whole thing works. Some would say. Yeah. All right. Well, let's, beCause you and I really don't know each other. Um, you're in Massachusetts, right? you're in the northeast for our folKs on the west coast. The people that listen, they don't think that real cannabis is grown in the northeast. So let's start there. Yeah. The northeast is my territory for growing cannabis from Maryland to Maine. Um, have

Speaker 4: businesses in three states right now where are cultivating some of the finest quality cannabis on the planet earth.

Speaker 3: So we're going to have to ask you to prove it in, in some way. Uh, you know, this is audio, so there'll be no produCt, but when you say some of the finest cannabis, you know, the, the folks in the emerald triangle say, well, you know, beat our environment. Uh, it's perfect for, you know, making what we make, um, you know, how are you doing it in these tough climates?

Speaker 4: There is some truth to that. Yeah, it's hard to replicate a northwest us by the sea coast up there and that's what's known as the emerald triangle, but nowadays we're growing this stuff indoors as well where we can fully control the climate for everything, temperature, humidity, light intensity, airflow to really create the perfect environment to grow any plan.

Speaker 3: And so you set it up and knock it down. It's a continuous harvest and everybody's happy, right?

Speaker 4: More or less. Yeah, it is a science. There's a science to it, so there's no magic to it. You know, it's all about genetics and environment,

Speaker 3: but uh, what if I care about organic product? Dennis?

Speaker 4: Yeah. Organic is a way, one way of growing cannabis, which we do as well, I believe in growing plants using any method under the sun. Veganic organic. Hydroponic. Did you say your name? Yeah.

Speaker 3: Oh, I thought you said be ganache and I will if you're requesting that, but it's veganic is what you were saying. So I can have indoor cannabis that is organic and that's based on the, uh, oil you're using and, and nutrients and such.

Speaker 3: All right, good. We just need you to, you know, kinda give us the bone of feed is uPfront when you say a Maryland to, to main, um, let's, uh, let's do that. You're one of these guys that got one of these licenses

Speaker 4: in Maryland. The teams I've been working with have been able to acquire licenses and Maryland and Massachusetts so far. We're going for a license in Pennsylvania as well. They just opened up the application process about two days ago. Um, and I've been working in Maine for the past two years as a director of cultivation for multiple dispensary's.