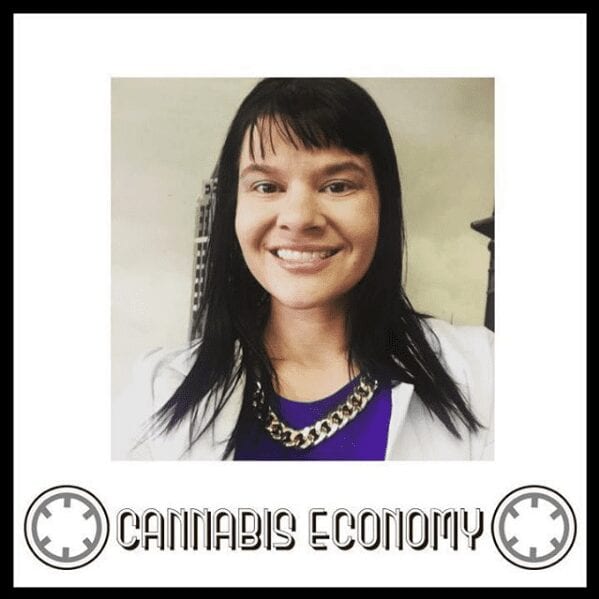 Dr. Michele Ross returns to share where she is with the Impact Network. As she gets funding squared away, her first study is on how cannabis can help anxiety. Based on the federal regulatory research minefield, Dr. Ross is focused on the state of Colorado for the time being where she can utilize state legal, consistently tested product with a group of willing subjects and publish results in accredited scientific journals.
Mike Ray then joins us to discuss the decades old cannabis economy of Northern California. Mike twice spent time in NYC in finance first around 9/11 and then around the economic downturn of 2008. He then returned to his roots and became a cultivator. He shares lessons learned from the cultivators in the Emerald Triangle from the 70’s, 80’s through to today.

Speaker 2: Dr. Michele Ross and Mr Mike Ray, Dr Michele Ross returns to share where she is with the impact network as she gets funding squared away, or first study is on how cannabis can help anxiety based on the federal regulatory research minefield. Dr Ross has focused on the state of Colorado for the time being where she can utilize state legal, consistently tested product with a group of willing subjects and published results in accredited scientific journals. Mike Ray then joins us to discuss the decades old cannabis economy of Northern California, Mike twice, spend time in New York City in finance, first around nine slash 11, and then around the economic downturn of 2008. He then returned to his roots and became a cultivator, shares lessons learned from the cultivators in the Emerald Triangle from the seventies, eighties through to today. Welcome to cannabis economy. I'm your host Seth Adler. Check us out on social with the handle can economy. That's two ends of the word economy. Dr Ross and Mr Ray

Speaker 1: and you are Michelle rusher. Dr Michelle Ross. Hi. What happened with your car? Were here in the frozen Tundra? Because I was a last night this ice storm, this is not Denver, whether this is northeast, whether I was perfectly at home. Yeah. You know, we haven't had any snow for quite a while and it was like 70 the other day and then this morning, of course it's like a store. And uh, my tiny little car, it's just funny. It is definitely not one of those Colorado cars. I don't have one of those big trucks so it did not want to start. So, so sorry, I'm a little bit late. No, no worries. No worries at all. Um, okay. So impact network. It turns out you're making an impact now. Yes, we are picking up speed. Okay. So federal regulations have slowed you down a bit. Of course they have. Um, but you have a where there's a will, there's a way you have found a way. Is that about right?

Speaker 3: Yep. Um, you know, I have the persistence, I dunno either a blockhead or you know, you can't really stop me once, once I have a vision. And so our goal was to really do a clinical cannabis research using the nutraceutical model, which is, you know, sort of my wheelhouse. I came from being a chief scientist of nutraceutical companies, right? So, you know, there's pharmaceutical cannabis, so you have your, like your Marinol, you have recreational cannabis, you're just smoking to get high. And then we have what we call medical marijuana, but I really see it as nutraceutical marijuana because if it's medical that it's a pharmaceutical. So I trying to shift sort of the terminology and how we're studying it and I'm looking at this in terms of cannabis as value and that's how you can study it by shifting that, the prism of the thinking. Yeah. Um, and you really don't want to study cannabis on the pharmaceutical model. I mean, because you know, to get a new drug onto the market, I mean, that's like hundreds of millions of dollars for years. I mean, we know cannabis works, we all know that, you know, cannabis is still a young and emerging industry and companies don't have hundreds of millions of dollars to put, you know, to validate streams or concentrates or whatever products they have in the market. So, well also

Speaker 1: there again, those finicky fed federal laws that it makes it nearly impossible to do so. So how are you doing it without giving away the special sauce? Right? So just, you know, so that folks understand that the impact network is doing research with patients with product or you know, what's the general way that we're doing this? Well, um, so the first step of course, uh, to, to launch and research is funding it. So, you know, we have a lot of projects on the table ready to go and, you know, trying to get industry sponsorships with

Speaker 3: grants and other donor, a donor space that package to go because research isn't cheap no matter what type of research we're doing, whether it's nutraceutical or pharmaceutical, right? But for us, um, um, patients, as long as we're not handing them the product, um, we're not breaking any federal laws, are not getting, you know, we're not actually giving them the drug. So in Colorado, because cannabis is available to anyone, I mean it's just like a vitamin almost that you would get from cds. Sure. So, um, you know, the patients themselves can go pick up a, you know, unmarked and a bottle of whatever the product is at a dispensary in that way. We're not actually breaking a federal laws, they're not. Well, I mean we're all breaking federal laws using cannabis here, but if you're not breaking any state laws, so they're able to go pick up the product, take it, you know, we can study them at our offices. Um, and because we're not actually doing anything with cannabis, weren't actually not last. So you know, it's this fine dance of what you can do and you can't do. And we can do a little bit more than universities, which is amazing because they're still usually restricted to using cannabis that is from the University of Mississippi. So we're a little bit outside of the system or I registered as a independent research institute with the NIH, National Institute of Health where are papered. So the research we do can be published in scientific journals.