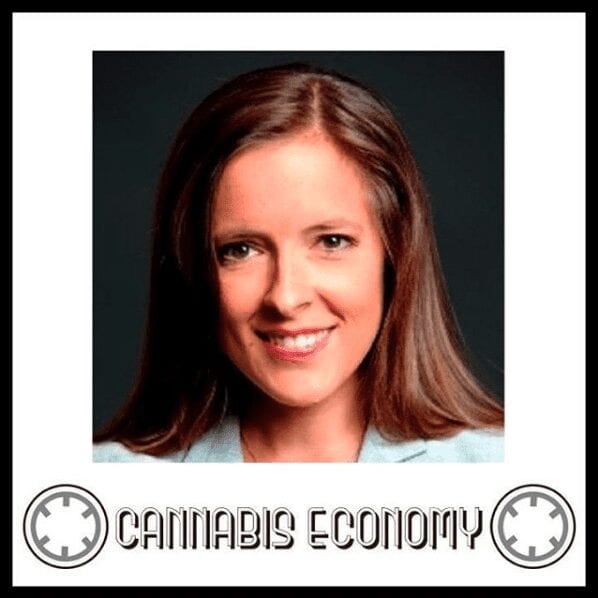 Taylor West joins us and discusses her dog, Tucker, who you know if you’ve been to NCIA HQ. From a small town, Taylor was ready to leave as soon as she could. That said, she understands the community from which she came and realizes that not everyone does leave. Taylor eventually found a career in politics and subsequently found the NCIA. Her first day just so happened to be on January 1st 2014. She notes the importance of the work done to setup the industry up in Colorado and elsewhere and highlights  three years of lobby days and how far the industry has come from. But as we’ve always said, cannabis years are dog years so Taylor points out that deep relationships with federal legislators have been built in just three short years.

Speaker 1: Taylor West joins us and discusses her dog tucker, who you know, if you've been to the ncaa headquarters from a small town, taylor was ready to leave as soon as she could. That said she understands the community from which he came and realizes that not everyone does leave, tell her, eventually found a career in politics and subsequently found the ncia. Her first day just so happen to be on January 1st, 2014. She notes the importance of the work done to 17 industry in Colorado and elsewhere, and highlights three years of lobby days and how far the industry's come. But as we've said, cannabis years or dog here, so taylor points out that deep relationships with federal legislators have been built in just three short years. Welcome to cannabis economy. I'm your host seth adler. Check us out on social with the handle can economy. That's two ends in the word economy. Taylor west. So, so your dog,

Speaker 3: you said he's as what? As ever as ever. So I'm, I know that your dog, it's like a not a, it's like a golden retriever retriever. Yes. Okay. And what's his name? His name is tucker and he's probably, we think he's four and a half or five. We're not exactly sure. But acts like a puppy still, right? Yeah. Yeah. I mean, you know, in a he not, uh, not in the bad ways. He doesn't chew things a know he's very good about house training. No, jusT, just very goofy and happy all the time. Like if you're walking in the ncaa headquarters in denver, which, which I'm want to do, right. Um, he might just barrel into you as though he's one of your buddies from college that's maybe had a couple, two minutes. Yeah.

Speaker 4: Yeah. That's kind of, you know, he's got an enthusiasm for life that really we could all stand to learn from. Totally a. Yeah. No, he's great to have around. I, you know, I had two cats and still have two cats and brought those into my marriage. And then we got the dog together and when we were talking about what kind of dog we wanted to get, um, you know, we were talking about different breeds and, and ones that were smart versus ones that are a little more dumb and sweet, like the golden retriever. And my husband's input was we already had two cats. He didn't need any other animals in the house that we're smart and not particularly a happy all the time, much rather have a dumb dog that loves him. So we ended up with a golden

Speaker 5: treatment and that makes all the sense of the world because I, I kind of understand that now. I didn't grow up with a dog, but I had no relationships in the past that have brought dogs to me. So I get it because it's like they're just people. right. But the cat's thing, I still don't under.

Speaker 4: Well, the first reason to get a cat. I think that the entry into getting a cat is when your life is too busy to take care of a dog. Or at least if you're me, you desperately wanted animals around. But I Had, this was back, I had this all started when I was working on campaigns and there was just no way that I could have a dog and I just didn't have enough. There weren't enough hours in the day. I wouldn't have been fair to a dog, but she had cats there. They're pretty low maintenance, you know, you get them established and you know, it's pretty easy. And I started out with a really great cat. He's no longer with us, but he was a very sweet cat. Unfortunately, his successor loves me, hates everything else in the world, including my husband. Yeah, dow, he's, he's a, he's a little, he's a little ball of hatred, but he likes me and that kind of makes me feel like I've accomplished something.