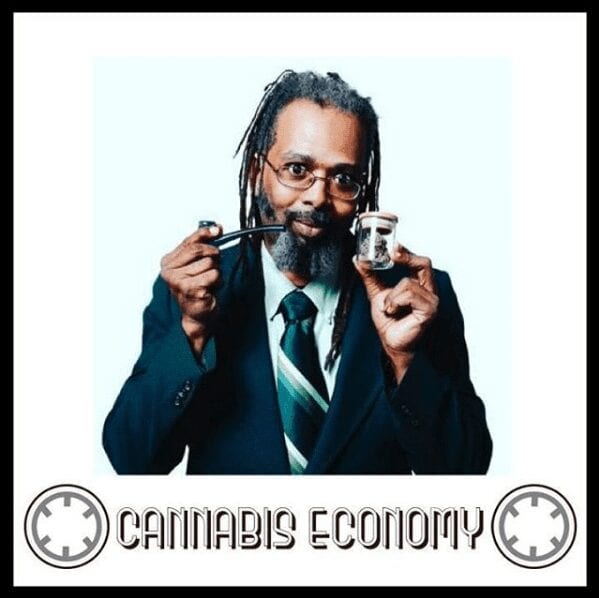 The enigmatic Ngaio Bealum joins us and explains through his long time Golden State Warriors fandom that he is, in fact, a Bay Area native. He lets us know that he’s a nerd but he’s not a punk and he most definitely was the class clown. He studied music and theatre and rather than become a high school band teacher, he became a road comic in 1990 doing the drive, drive, drive, joke, joke, joke detail. A self proclaimed low-key enlightened narcissist he has always been an activist as his parents were in the Black Panther party in Oakland. He says he’s always down for rally’s or parades. A veritable quote machine, one of Ngaio’s ethos is to never let anger guide you but let it motivate you.

Speaker 2: Ngaio Bealum, the enigmatic illum joins us and explained to them as long time Golden State Warriors fandom that he is in fact a bay area native. He lets us know that he's a nerd, but he's not a punk and he's most definitely a class clown. He studied music and theater and rather than become a high school band teacher, he became a road comic in 1990 doing the drive drive, drive, joke, joke, joke, detail, a self proclaimed low key enlightened narcissist. He's always been an activist as his parents were in the Black Panther party in Oakland. He says he's always down for rallies and parades. A veritable quote machine. One of them guys, ethos is to never let anger guide you, but let it motivate you. Welcome to cannabis economy. I'm your host, Seth Adler. Check us out on social with the handle can economy. That's two ends and the word economy below

Speaker 3: them. I mean, everybody's got a pretty interesting name and cannabis you've noticed. I'm sure. Sure. Dragon fly. Let loose.

Speaker 3: Jorge said, why don't they? It's all very Spanish. Absolutely. That's all very, very strange. It's a pretty involved name. You got. You know that we can't all be named seth. Yeah, that's true. That's true. Seth. Ethnic name. It's in the Bible, right? So fine. I don't know what Bible, but I'm sure. I think Old Testament, the Bible in the Old Testament, the old testament from the bolt as well. That's where you're from. Fortune favors the bold guy smoked a bowl lead. Jericho, Jericho, Jericho. God spoke the bowl with Jericho and the second walls came tumbling down. All right, go ahead. What were you saying? Yeah, no, that's, that's pretty good stuff. Sure. You know, I'm sitting here. We're in, I think San Francisco Still San Francisco at the Hilton Union Square for sure. International cannabis business conference 2017. That's what happens. That's what we do. Yeah. Where are you from originally?

Speaker 3: San Francisco. Right here. Born and raised Mr. High School. Class of 19. Oh, so you don't do the years anymore? I can if you like. I think it just heard you name the starting five from the 1,975 championships in golden state warriors. That's right. Phil Smith, Rick Barry, Clifford Ray. Uh, there were a couple other kids whose names escape me a little bit. Interesting. So you go way back. I go hell away back. You're not just this team, you know. No. Golden State Warriors for life. I'm not a bandwagon. So Chris Mullin is from New York. Chris Mullin, St John's university. There you go. Right. So we have him in common as far as him and we both have rooted for him. We both have a great, great ballplayer. A smooth jumper kinda slow foot it, which made him a role model for me because I am also slow. Yes. Well he can shoot and we have that in common and I guess if you can't shoot then we have that in common.

Speaker 3: I can shoot a little bit. I got some. I can't shoot like Chris Mullin. No, well no one can. That's the point. You could be a hall of fame basketball player and to have an Olympic gold medal as he is and as he does so. All right, so you're growing up in San Francisco liking it, not liking it when kids with skills, great place to grow up. Sleep back then different when the public schools, you know, when people took care of public schools and you had afterschool programs and bands and spirit clubs and football and all that and get the whole thing. Everything was happening and the peace and justice club and musical theater and everybody had a budget for arts and extracurriculars. I was kind of a smart kid and I'd like to read. So high school was relatively fun for me, you know, and I was kind of tall so even though I was a nerd, I was tall and my brother was known as a bit of a brawler so people didn't really fuck with me, God as much.

Speaker 3: And I'm also not afraid to mix it up if it comes to that because I'm a nerd, but I'm not a punk. Okay, that's good. That's good. So you're and you, when did the humor kind of. When did you realize that you had humor in like fourth grade? Everybody thought I was wanting it. Right. If you can avoid fights, sure. Now can you be a nerd and the class clown at the same time? That's what I did. That's what you did. Yeah. Interesting. People laughing. It was a great thing to me and it feels so good, doesn't it? People? It feels great. You know, there's very few physical sensations that release the pleasure drugs in your brain. Like laughter. There you go. Alright, so on. Pleasure drugs. I hear Ya. Sex drug plug. So class clown nerd. So what, what book turns you on? Initially you realized that you could read what was I realized I could read, but I'm saying you realize that something to you.