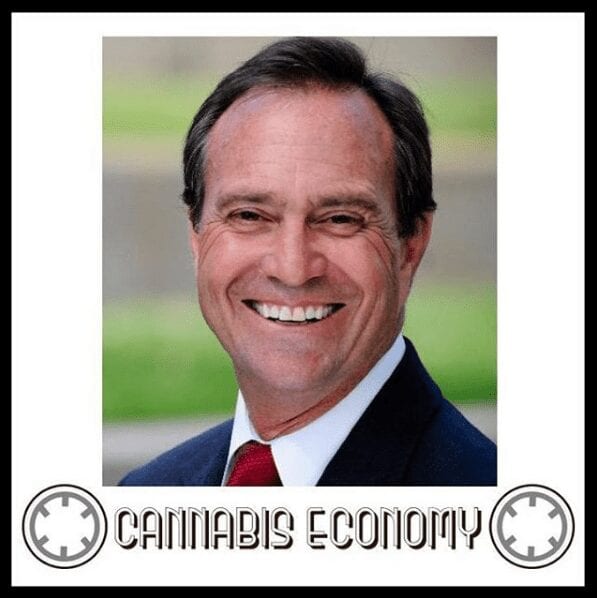 The congressman joins us and shares Colorado’s cannabis legalization results- crime is down, businesses have grown, there’s a better banking landscape and revenue to the state has been strong. The congressman has introduced The Marijuana Business Access To Banking Act which says that if a State has a regulatory structure in place, the businesses within that State would be exempt from the very restrictive federal banking laws. This of course would put into law the FinCen guidance released in tandem with the third Cole Memo. Remember- it was the Ogden memo in 2009, the first cole memo in 2011, the second cole memo in 2013 and that third cole memo in 2014. The congressman says that momentum is building for true federal legislation.

Speaker 1: US Congressman Ed Perlmutter. The congressmen joins us and shares Colorado's cannabis legalization results. Crime is down, businesses have grown. There's a better banking landscape and revenue to the state has been strong. The congressman has introduced the marijuana business access to banking act, which says that if a state has a regulatory structure in place, the businesses within that state would be exempt from the very restrictive federal banking laws. This, of course would put into law the fincen guidance released in tandem with the third Cole memo. Remember it was the Ogden memo in 2009, the first coal memo in 2011 second Cole memo in 2013, and that third Cole memo in 2014. The congressman says that momentum is building for true federal legislation. Welcome to cannabis economy. I'm your host, Seth Adler. Check us out on social with the hand mechanic economy. That's two ins in the word economy. Congressman perlmutter. You guys all with the Blumenauer and roar backer and. Yeah, Duh.

Speaker 2: Yeah. We tried to make it harder.

Speaker 1: It really is unbelievable. A congressman perlmutter it. It's good to be talking to you again if you can believe it. It's been three years at least since we had a conversation, a well in front of a group of people. I guess it was right?

Speaker 2: Yes. We met at top floor of a hotel in Denver. There was a conference on a cannabis and marijuana economy and what could be expected and it was very well attended, you know, three years ago and you and I had a, you interviewed me and some others. It was a, it was a good afternoon. So

Speaker 2: Well, in Colorado we've now had a time, enough time to see how the regulations and the law developed and how the industry would develop and it's been pretty successful without a glitch here or there, but really a from a client point of view, it's been pretty steady or down. We've seen no real uptick. We've seen growth in the, in the number of businesses we've seen improvement in the whole banking aspect to this revenue to the state has been strong.

Speaker 1: Yeah, the revenue has been reported. It's, it's amazing you bring a banking. And so I guess that's our first topic of conversation here. The marijuana business access to banking act, which is yours. And Congressman Blumenauer brought it up in a recent conversation I had with him. Uh, but please take us through it. What is this legislation that we're talking about?

Speaker 2: Well, the legislation is to say that if a state has a regulatory structure in place that the banking laws that make it so difficult for marijuana businesses to have a legitimate banking relationship, whether it's a payroll account or a credit card or you know, just normal banking accounts, the law would say that state and those businesses in that state are exempt from those very restrictive banking laws.

Speaker 1: And so what do you, in terms of either conversations that you've had or just expectations that you have, how do you feel that, uh, you know, the big banks will respond to this if it is able to get past?

Speaker 2: Well, I think there will be a very positive response. I mean, today there was a memo that was part of the Obama administration and you and I talked about it a few years ago. It was the Cole memo which set certain sort of guidelines for businesses and financial institutions to follow. And if they did then the scrutiny of the, either the Justice Department or the treasury department would be minimized. And we've seen some credit unions and smaller banks and even some larger banks say, okay, and they've been providing a legitimate marijuana businesses with banking services. So there's been some success on the regulatory side from the law, from the statutory side. Uh, we've been introducing this bill so that it would be clear that the congress and the federal law what allowed this kind of activity. And so far we haven't gotten much movement, but across the country with the addition of other states that have either allowed for medical marijuana or have allowed for recreational marijuana, the momentum is with us.