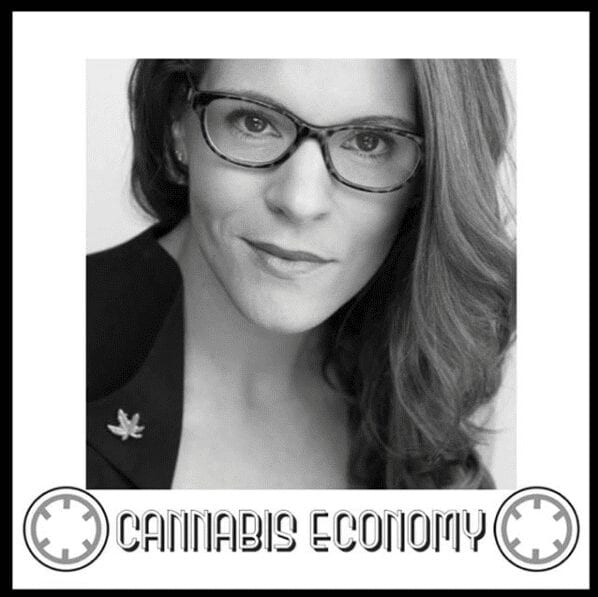 Jane West joins us and gives us background on her initial foray into the cannabis industry- Edible Events. But before all that and after a key two-weeks, Jane switched paths from a potential career in environmental law, moved to New York City and found a place producing events. One of her events was to take place just four days after 9/11 and Jane takes us through her experience on that day and during that time in New York City. Within six months she married her husband and moved to Denver. After her employer relieved her of her duties due to  seeing coverage of one of her edible events…with an idea in mind to bring cannabis women together, she eventually crossed paths with Jazmin Hupp…and the rest, as they say, is history.

Speaker 1: 00:01:10 Jane West, Jane West joins us and gives us background on her initial foray into the cannabis industry at a bull events. But before all that, and after a key two weeks, Jane switched paths from a potential career in environmental law, move to New York City and found a place producing events. One of her events was to take place just four days after nine slash 11, and Jane takes us through her experience on that day and during that time in New York City, within six months, she married her husband and moved to Denver on down the line after her employer relieved her of her duties due to seeing coverage of one of her edible events with an idea in mind to bring cannabis women together. She eventually crossed paths with jasmine hub and the rest, as they say, is history. Welcome to cannabis economy. I'm your host Seth Adler. Check us out on social with the hand mechanic economy. That's two ends in the word economy. Jane West

Speaker 2: 00:02:01 being raised for multilevel homes. And that's just happening right now. That's why the traffic is because of the construction. So as soon we're going to fill those homes with people with cars. So I'm going to get even worse. This is very 19, 84 of you. Soon we will fill those. Yes, Holmes with PBS and then cars. So the traffic that I've experienced here different than four years ago, you agree? Definitely completely different.

Speaker 2: 00:02:29 Jane West, what ride this is this not craziness. It's been pretty groundbreaking. It's been very, it's been a very interesting couple of years. So 2013. I meet Jane. She's running edible events. Yes. Yeah, pretty smiley. Everything's great. I do these things. You wouldn't believe it. They're fantastic. Yes. That's happened. Yes. And then there was like a little bag which was great. And there were recognition rate. There was a spotlight right away. Totally. Everybody noticed well. And all these journalists came to Denver in the beginning of 2014 to like cover the story and you can only go to so many gross. Sure. And there were, there were less than. What else might you. He's over there. Right. And so it's like, wait, I can go to a party where there's live music and food and everyone's getting high like that, like. So I had a big, I had a long press list of every event and just carried. Sure. Yeah.

Speaker 4: 00:03:28 Alright. So the let's just do the whole thing. Okay. So the edible events edible. So you started to do those, but that was, was that after or before

Speaker 2: 00:03:52 Yup. I was just, I plan one event a month for all of 2014 and I contracted it all out from the very beginning of the year. So it wasn't, it was something I was doing for falling on a Friday night a month,

Speaker 4: 00:04:05 getting to know everybody in the space. Now. Did you, is that what made your introductions to the space or did you know all those? That's a good.

Speaker 2: 00:04:13 No, I didn't know a single person. Nobody knew. No one knew my name, like no, I didn't know anyone around here. Um, I just really, the idea was cemented itself when it became news that like this is really going to start occurring on January first 2014. Like nothing's going to stop this. This is happening. Amendment 64 is being enacted. And so, I mean I'm a parent of two. I was working a full time job or that, how do we travel all over the state, so I just wasn't that tapped into what was going on here and so I was like, honey, I think I think I could start throwing parties where everyone gets to get high because we live in Denver. Right, right. Great. And I think, I think I'm going to try doing that. So we'll see.