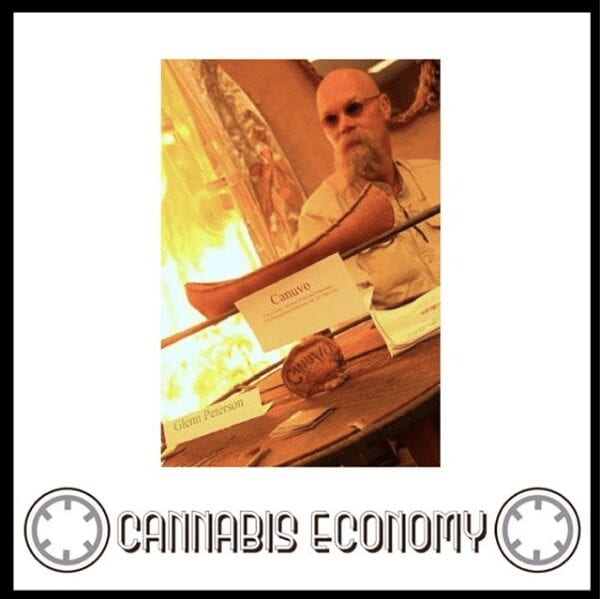 Exempted from having to go to high school, Glenn Peterson instead went to a work-study school which he says was a wonderful place. He was involved in politics nearly from the jump- having a friendship with Mark Udall and the Udall family. An eagle scout, the concept of being employed made no sense to him. Glenn says he’s pretty conservative and essentially libertarian but politically he considers himself a cell of one. Glenn is completely enigmatic. When he mentions that he knows how to throw blades and catch them without cutting himself…in his case, that’s a fact as well as an extremely well imagined metaphor. After trying his hand at being a private investigator, he demonstrated a knack for business through real estate, his success eventually led him to cannabis.

Speaker 1: exempted from having to go to high school. Glen Peterson instead went to a work study school, which he says was a wonderful place. He was involved in politics nearly from the jump, having a friendship with Mark Udall and Udall family, an eagle scout. The concept of being employed made no sense to him. Glen says he's pretty conservative and essentially libertarian, but politically he considers himself a sell of one. Glenn is completely enigmatic when he mentioned that he knows how to throw blades and capstone without cutting himself in his case. That's a fact as well as an extremely well imagined metaphor after trying his hand at being a private investigator who demonstrated a knack for business to real estate is success, eventually led him to cannabis. Welcome to cannabis economy. I'm your host Seth Adler. Check us out on social with the Hana can economy. That's two ends in the world economy, the one and only lend Peterson. I feel like

Speaker 3: you just said, I have interesting stories when and you know you can't judge a book by its cover, but I want to judge the book by its cover. Glen Peterson. Thank you for having me. I'm here. I'm glad you're here. So when I say can't judge a book by its cover, you have a very specific, you know, look. And it's fascinating and it's, it's one that I want to know more about when I see your face. When I, when we sat down for dinner my probably a year and a half, two years ago now. I was like, what? Who's that guy? I want to know that guy. Well, I, I had an interesting upbringing I guess that was very

Speaker 4: heavily involved with boy scouts and was an eagle scout and was three or four sports each year and at the end of my sophomore year in high school I got elected to a student advisory council and then from that council to Estate Student Advisory Council and the chairman of that council was a full voting member of the State Board of Education in Massachusetts. It was how they chose that seats and actually Charlie Baker was the year behind me. You have that seat on the board of education who is now the governor of Massachusetts. So I get exempted from having to go to high school, I could see myself out at anytime and, and just had to keep up with the work, but I wasn't required to go. Um, so I thought she's, this is an interesting thing that you can have all kinds of alternatives to, um, but went to school in Ohio at Antioch College and that's a work study school, a good drugs, loose women.

Speaker 4: That was a wonderful place and, but I would be unclear one campus and collapsing somewhere else. Uh, the other nine months I did political politics as I'm more shoot almost national staff and 76 running his, a progressional district campaigns around the country. And I got that because mark, you'd always, my Kayak instructor and I saw a sticker on the back of his van and you'd offer president. And I said, what's that? He said, Oh, that's my dad and but I needed a job. And so he set me up with the campaign and they looked at me because I had long hair and a long period of time and they said, we can't put you in the public.