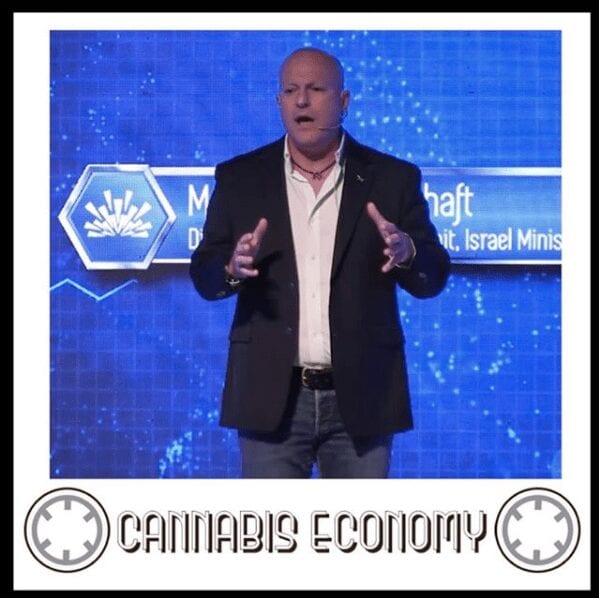 The Director of the Isreali Medical Cannabis Agency, Yuval Landschaft joins us to take us through cannabis regulations in the holy land. Not originally a cannabis enthusiast, Yuval  eventually understood where we were with it’s potential – as standing on the shore of an island. Years later, after deepening his understanding of the agricultural, manufacturing, medical and otherwise…that we’re standing at the shore of a continent. He contends that maybe the ancients knew something that we’re now trying to discover again. Israel is in the process of medicalization at Yuval puts it ensuring that each patient ties an indication or qualifying condition to his or her cannabis use. From there, the country has five books worth of information on how the program works- which Yuval takes us through.

Speaker 1: When there's doubt, take the high road for more. Go to [inaudible] dot com slash Canada economy, vall land shaft, the director of the Israeli medical cannabis agency. You've all land chef joins us to take us through cannabis regulations in the Holy Land, not originally a cannabis enthusiast. You've all eventually understood where we were with its potential as standing on the shore of an island years later after deepening his understanding of the agricultural manufacturing and medical components. He feels that we're standing on the shore of a continent. He contends that maybe the ancients knew something that we're now trying to discover. Again, Israel is in the process of medicalization, as you've all puts it, ensuring that each patient tizen indication or qualifying condition to his or her cannabis use. From there, the country has five bucks worth of information on how the program works, which you've all takes us through. Welcome to cannabis economy. I'm your host Seth Adler. Check us out on social with the handicap economy. That's students in the word economy. Uvar land shaft. So you valentia

Speaker 3: what kind of last name is lunch left. What does this view? It's the coming from the German ward. It's landscape. It's very pretty. It's very pretty because you know, Adler is a eagle, you know, that, that that's what that means. So we're both German kind of, but it is. We a multi, multi continents in nations, immigrants here in Israel and that's, we all come together. We come together in Israel. So how, you know, how do you come to cannabis, right? You have this, this long history, we're not going to get into it really, but essentially though you, you're running the cannabis in Israel, how, Eh, I became to be the director of the Imch, the Israeli medical cannabis agency in the beginning of 2013 and after Eh,

Speaker 3: a different career in different things and then up to date and I didn't knew much about cannabis and you know, that kind of be succeeds and you know, that kind of b so much. Why not or whatever you call it exists. But I didn't knew much about it. I knew it because we are, we have eyes, we have our noses, but I didn't understand much about it. But then I understood that we are really, really, really standing on the, on the, on the shore of some island now after three years in, after a really heavy duty drill down to each and every part of Sunday from the culture part, manufacturing parts to the kind of be going to be new age spots and the mechanism and the, the, the pharmacokinetics of the feet, Eh, for pharmacokinetics and all the, all the aspects of kind of basic and say that I think that it's not a show off an island.

Speaker 3: I think it's a show for continent that we're just discovering essentially. We're right in the beginning in some, in many ways maybe I will entrance fathers of the main kind knew something's now we trying to. We discover again. There we go. So, you know, I, I want to make sure that we touch a, exactly what you are doing with, uh, you know, um, with these five books that you have, right? Not only the five books. Yeah. The Israeli method is towards digitalization. I like to say, when you say medicalization, I say Hashtag medicalization. That's what I do. After you say that, you should know that. Okay, so that everybody can post a post about it on social. Yeah. Okay. Yeah, so medicalization, it's the use of cannabis for medical purposes, not legalization. It's medicalization medicalization. It'll be soon based on very, very simple outlines first that we must need medical indication for prescribing, kind of. We called them qualifying conditions. We're talking about PTSD, we're talking about a Ms. we're talking about Crohn's, talking about indications, right?

Speaker 3: Medical indications because we have to to to move and open the path. Opened the doors to treat kind of be like any other medicine, like any other medicine or drug, whatever name you call it, but medicine. Okay. And the, the other, the other basins is that after we will have our medical indication and we will have our eh medical, a clinical practice about cannabis, which is very, very not simple to have it, but after we will have it, we will have the medical indication and eh, Eh, the, the medical knowhow. Then we can train our medical staff, medical doctors, the MD to prescribe cannabis just like any other medicine. Right. But then the patients will go to the pharmacy to buy those kinds of products, kind of his medications, but in the pharmacy they should find a kind of these products and we mean medical grade cannot be spodak. Product's not going to be regular flowers that grows by some field or some grown and it's should be standard 10 should make standardization of medical cannabis products and the way that will make them available as generic products in the, with the constant and control controlled components inside. And we will know what we are giving outpatients. Everything should be very, very, very, very standardized and it's a way to do it. And then we can treat this like any other meds.