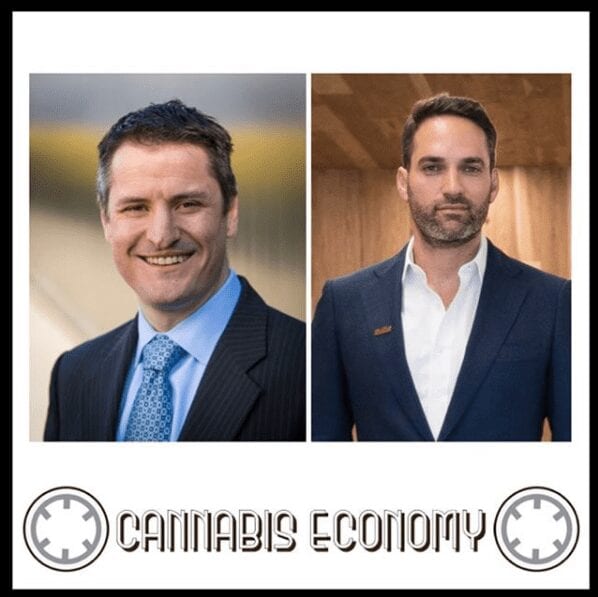 Brendan Kennedy from Privateer Holdings and Adam Bierman from MedMen join us for a panel discussion at the IMN Institutional Capital and Cannabis Conference. The panel is set up as a debate between the concepts of plant touching investment vs. ancillary here in the US. The US unfortunately, is starting to fall behind the rest of the world in regards to federal regulations. So despite Brendan’s being invested in plant touching opportunities in Canada and other countries, his point of view in the US is that for the time being, the opportunity is investing in brands. Adam’s point of view is that now is the time to invest in the infrastructure of what will be the cannabis economy right here at home. It’s a thought-provoking, lively conversation in front of a group of investors.

Speaker 1: Brendan kennedy and adam bierman. Brendan kennedy from privateer holdings. Now tim beerman for med men join me for a panel discussion at the imn institutional capital and cannabis conference. The panel was set up as a debate between the concepts of plant touching investment versus ancillary here in the us. The us, unfortunately is starting to fall behind the rest of the world in regards to federal regulations, so despite brendan's being invested in plant touching opportunities in Canada and other countries, his point of view in the u, s is that for the time being, the opportunity is investing in brands. Adam's point of view is that now is the time to invest in the infrastructure of what will be the cannabis economy right here at home. Welcome to cannabis academy. I'm your host seth adler. Check us out on social with the hand mechanic economy that's two ends and the word economy. Brenda kennedy had a beer and so I want to make sure that we know who

Speaker 2: talking to I wasn't here yesterday. Forgive me how many folks are active in cannabis by show of hands. So we eventually got to, what? Seventy five percent. Thank you for raising your hand, brendan. You didn't raise your hand, which is interesting. We'll get to that. Um, and how many folks are, uh, operators in cannabis. I know that it's not many. Okay. So it's like 10, 15 percent. And then the rest are investors, is that right? Yes. You're nodding as opposed to raising your hands because I didn't give good instructions. Okay, fair enough. Uh, we are here to talk about kind of opportunities. It's a great space to make money in. It's also a great space to lose money in. So, uh, there's both of those opportunities for us. So I want to just kind of give us the opportunity to understand each a thesis and then we'll dive into specifically what we're here to discuss, which is plant touching versus kind of not in the United States. So adam, since you haven'T really said or done anything yet, you look fantastic. The three piece suit thing, I mean, come on now. Share with folks, you know, med men, obviously I'm very much a part of what we're doing here. Generally, specifically though, when you go to the office every day, what are we thinking? What are we doing at madmen in regards to the thesis we're talking about indeed as far as investment? Sure. So, uh, this too loud now, but they'll figure it out. We're good. Yeah.

Speaker 3: Uh, so that men, capital a is a private equity fund that invests primarily in high barrier to entry supply constrained markets. Uh, what we look at and consider the core core plus of this space. Um, so we invest in real estate and licenses primarily to cultivate manufacturer and retail, legal cannabis, uh, in the markets that we deem, uh, most, uh, have the most upside and the most protection in north America.

Speaker 2: Okay. So we'll get to upside and protection. We're upside versus protection. Uh, brendan, if folks don't know who privateer holdings is a or you are for that matter, they should probably leave because you should know that. Um, wHere are you guys now? Obviously leafly, obviously marley, obviously tilray, you know, when you go to the office everyday, what, where are you as far as investment and investment thinking? So our fundamental thesis is that, uh, this is a mainstream product consumed by mainstream people around the world because of that, at the end of prohibition is inevitable and that brands will shape the future of this industry. So we, uh, we have over 350 employees in southern us states and seven countries focused on building global cannabis brands. That's, that's what I spend my day focused on, finding those next brands or creating those next brands. Excellent. As far as international, uh, tilray is Canada, give us a sense of other international markets that you're in so that we can ignore that until the end.

Speaker 2: Um, so we, um, we told her it was the first company to ever illegally export medical kennedy's from north America. Congratulations. Um, it was, it was hard, um, but it was a huge milestone for us as a company, uh, and, and for the industry. so we've exported to Australia and New Zealand, Chile, Brazil, Croatia, we have orders from Germany, the czech republic, Ireland, cypress. Um, and so in manY ways it feels like a medical canvas around the world is moving more quickly than in the us and it's moving quickly in the us, don't get me wrong, but it is evolving very quickly. Uh, Canada was the first g seven nation to have a national medical cannabis program. Germany will be second in the next 30 days. It's an interesting program. Uh, any doctor can write a prescription to any patient for any illness with insurance company coverage.