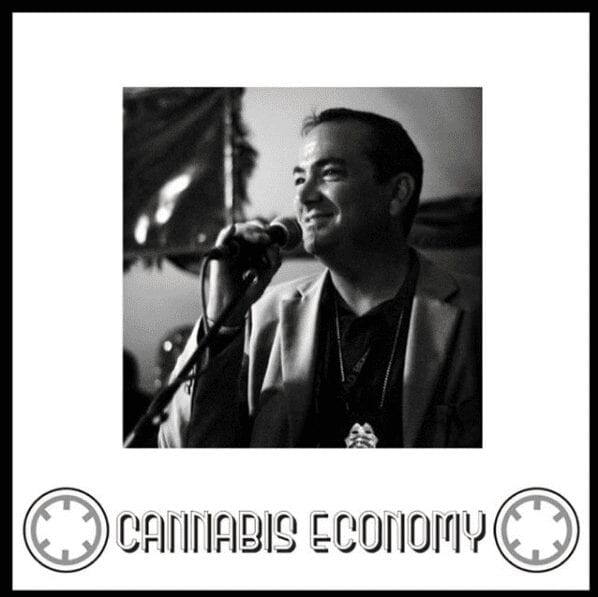 Recorded May 5th of 2017, John Davis returns to provide a history of legal cannabis in Washington State as well as an update on his personal saga. Washington State has always been building the regulatory plane as they fly it. For John in particular, he was a medical dispensary owner prior to legal adult use cannabis being voted in. But the medical market was never truly regulated. And so, the goal was to move the medical shops over to the adult-use program between July 2016 and July 2017. So John had to apply to keep his business. He put in his priority submission on the first day he could but one thing led to another and he had to shut his doors a year ago. All was lost until just recently- when he finally got approval.

Speaker 1: John Davis returns recorded May 5th, 2017. John Davis returns to provide a history of legal cannabis in Washington state as well as an update on his personal saga. Washington state has always been building the regulatory plane as they fly it for John in particular, he was a medical dispensary owner prior to legal adult use being voted in, but the medical market was never truly regulated. And so the goal was to move the medical shops over to the adult use program between July 2016 and July 2017. So John had to apply to keep his business. He put in his priority submission on the first day, could one thing led to another and he had to shut his doors a year ago. All was lost until just recently when he finally got approval. Welcome to cannabis economy. I'm your host Seth Adler. Check us out on social with the handle can economy. That's two ends of the word economy. John Davis,

Speaker 2: how you doing? John Davis?

Speaker 2: Yeah, I, uh, finally got through my beef with the liquor and cannabis board here in Washington state and I'm not all the way through the process, but I've been granted to licenses in the city of Seattle. So, um, congratulations. Well, thank you. Thank you. It was a long, hard slog, you know, and it's, it's nice in the end for them to agree that, um, you know, they screwed up

Speaker 3: so it turns out John was right all along. So, so let's, uh, let's go back here. The last time you and I spoke literally was in, was last year, so it happens to be may of 2017 when we're talking now, but just kind of give us the quick overview of the whole storyline. You know, folks can of course go back and listen to each episode as it unfolds. Uh, but, you know, as far as what actually happened, um, you know, take us through it from, from uh, well I guess from before July, right?

Speaker 2: Yeah. Well, I mean, a license period opened up, uh, you know, the, what happened was the legislature wanted to merge the medical and the recreational program because it made sense and because really at the time the medical was largely unregulated, a lot due to a veto from governor Gregoire at the time, a 50, 73 because she was worried that, you know, back in the day when it happened that, you know, stays a state workers would be at risk by having anything to do with cannabis, which is still to this day is schedule one controlled substance. So we worked hard to get that through the legislature and then she wrote a vetoed every piece of that that had anything to do with a state worker being involved in it, which we had a licensing set up the whole thing. Um, but that got vetoed. Therefore there were no licenses

Speaker 3: state trying to regulate medical marijuana before a legal adult use came in basically

Speaker 2: going through the legislature because we wanted a licensing system to a system like that, that made sense. Um, but, you know, ultimately it got vetoed. So, which put us in, you know, this limbo area, like, you know, um, how are we regulated? And so it, you know, and they did a lot of work with the city of Seattle, city of Seattle, passed several ordinances. Um, I still have the pens from the signing of those ordinances and you know, so the city of Seattle, they, they went to work on figuring out how they could regulate and you know, both my stores, we're in the city of Seattle. And so we, um, we did it that way and uh, they did a good job about um, you know, figuring out who was real, who was following the law and basically who wasn't. And so in that process, the city whittled, you know, how many dispensaries where they're in Seattle, like we, you know, it depends on your definition of a dispenser I suppose, but Seattle widdle down to 47 people that, a dispensary organizations that were doing things right. We're complying with the law and we're compliant with all the zoning and everything else, paying their taxes. And, um, then we actually went to the legislature again to get, you know, cause if they were going to merge the medical and the recreational systems, which we weren't against but had to do with some care, um, for, for a lot of reasons.

Speaker 3: I just spoke over you dosage being just one, right?

Speaker 2: Oh yeah, yeah. I mean it has to be thoughtful because, you know, there are missions, you know, I dealt with patients that were critically ill and needed to have good access to the type of medicine that worked for them, you know, and I, you know, I'm not against going into the future. I mean I've been playing in the cannabis politics for more than 20 years and you know, that seemed to be the next logical step. So I'm doing recreational as well. Made sense to me as long as I can, you know, serve my existing clientele events still the bill that got passed. And like I was there for a lot of the negotiations on this. Not all of them.

Speaker 2: It was decided that, um, medical shops. No, that is in the law. It says that there's supposed to be a competitive merit based system that allows people to get licenses based on their experience and qualifications and also their adherence to the law. And, you know, I said, you know, with my group, you know, we all had been at the forefront of what was compliance, you know, to begin with. We wrote a lot of this stuff, especially back in the day, um, so you know, that being passed and understanding that, you know, I'm a competitive based system would allow the best of the best and those people the world, but you move into the new system of licensing under the liquor and cannabis board. Um, you know, that made sense. So the liquor and cannabis board, they decided, you know, and they opened up the next round that it would be a very narrow.

Speaker 2: Um, they, they basically, they didn't at that point, you know, there's a lot of their view in the liquor and cannabis board was that medical was illegal. And so really they had no love for the medical system to begin with. I mean, they were not, you know, there are people, their competitors as far as they were concerned and that was, that was kind of a prevailing attitude. I mean there's pockets of people who thought differently and the, the, the LCB, but they devise a licensing system based on priorities. And the criteria was that you would have applied for a license in the last round that you had no outstanding tax obligations, um, uh, that you were an existing, um, what was called the collective garden here in the state that was basically a dispensary. Um, and basically what had happened was when they put it together, the licensing system, um, remember I told you were there, I was, uh, I was, I was at the door when the bls, the licensing agency open on the first day of a application because I was like, well, I actually wasn't the first guy in line.