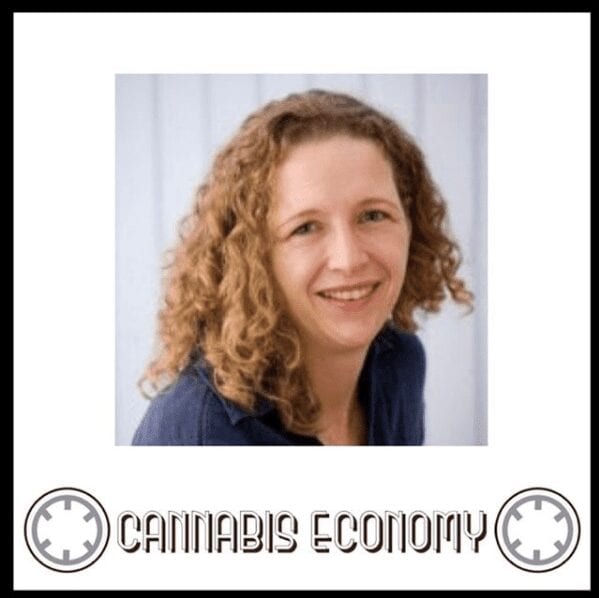 September 25, 2017
Cassandra Farrington joins us and takes us through her background. Born and raised south of the Mason Dixon line, she went to the University of Alabama to study communications and marketing. A self-described introvert, she had a couple of good initial positions but went back to get her MBA. Upon graduating, her Fortune 100 job moved her to Denver. Serendipitously, an old business associate called at a moment which Cassandra was ready to move. Her operational experience made her the perfect fit. And that phone call turned into her running Marijuana Business Daily and the Marijuana Business Conference. However, those ideas were not the first ideas. But they were the ones, as you know, with the most explosive growth.

Speaker 1: cassandra farrington. Cassandra farrington joins us and takes us through her background. Born and raised south of the mason dixon line, she went to the university of Alabama to study communications and marketing, a self described introvert. She had a couple of good initial positions, but went back to get her mba. Upon graduating her fortune 100 jobs, moved her to denver, serendipitously in old business associate called it a moment which cassandra was ready to move or operational experience, made her the perfect fit and that phone call turned into her running marijuana business daily and the marijuana business conference. However, those ideas were not the first ideas, but they weren't the ones, as you know, with the most explosive growth. Welcome to cannabis economy. I'm your host seth adler. Check us out on social with the hammock can economy. That's two ends of the word economy. Cassandra, farrington. Can we go through syllables?

Speaker 2: Cassandra, farrington. It's very involved actually, especially when you add my maiden name. It's like a bazillion syllables. And how are you doing with that? You know, it's why I dropped the middle maiden name most of the time to stick straight. You see, I didn't even ask you because I felt like we weren't going to talk about that. So we're not. So uh, where are you from on earth? I claim that I am from Alabama. It's where I spent my most formative years in tuscaloosa. Went to the university of Alabama. Roll tide. Roll tide. Absolutely love it or hate it. Where were you born though, if it wasn't? No. Durham, norTh carolina. Right. so still like not above the mason dixon line, not above the mason dixon line. In fact, I lived up through when I was in college up all the way through college. I lived south of the mason dixon, most of it in Alabama, but I, my dad was in the military and they had come from.

Speaker 2: My dad's from New York, my mom's from Missouri, that's where they met. It was in Missouri and they moved around quite a bit in their early years of their marriage. So while I consider myself from Alabama, I'm not from that traditional southern family that has like that generations long tail. Two things I noticed you did say missoura. You also said Missouri, which was interesting right after it, and you noted that your father was from New York, which is why I feel, I, I now understand why I feel comfortable with you. I'm from New York and I was reading some northeast energy and I guess that's what it's from. Is that fair? Could be, you know, my dad was very much a. I'm a renaissance man. He was a little bit of everything. Our favorite joke about him was that dad was always right, which was really annoying most of the time, but was really useful when you had a physics test and it was 10:00 at night and you really didn't get it.

Speaker 2: So there's no sarcasm in that. Dad was actually always right. Here's the point, actually. Always right. And it was really annoying. All right, so he military guy a thank him for his service and what, uh, air force an airman is a flyboy first kind of came out for a while and went back to school on the gi bill. Went through medical school and hence the renaissance man or renaissance man. He's a medical doctor. He was, he was an orthopedic surgeon. Look at that. I mean, that's amazing. So this is something to kind of aspire to as a child. You see this man, right? Indeed. He, uh, he was very weLl read and I'm just very worldly wise and expected that of his family and the childRen he was raising and for as traditional and conservative as he was personally. He, one of the things I always admire about him was his openness to, to just whatever the generation behind him was brinGing.

Speaker 2: Huh. Whether that was, he had no interest in the music that we listened to and he refused to listen to it fine. But he absolutely acknowledged that that was our music and he had no problem with us listening to it. He just didn't want to hear it. I gotcha. Same thing, you know, kind of again, I, I, I like to think that he is not with us and he was definitely in declining health when I started this business. I don't know that he ever really understood that I was moving into the cannabis arena, but I like to think that he would definitely have been very supportive while he himself was very much supportive of that. Just say no, I'm mentality through the eighties and we preach that at home. All those sorts of things. I think he would, would've seen where they, uh, where research was going, where the culture was going, where public opinion was going and would have had that open mind.