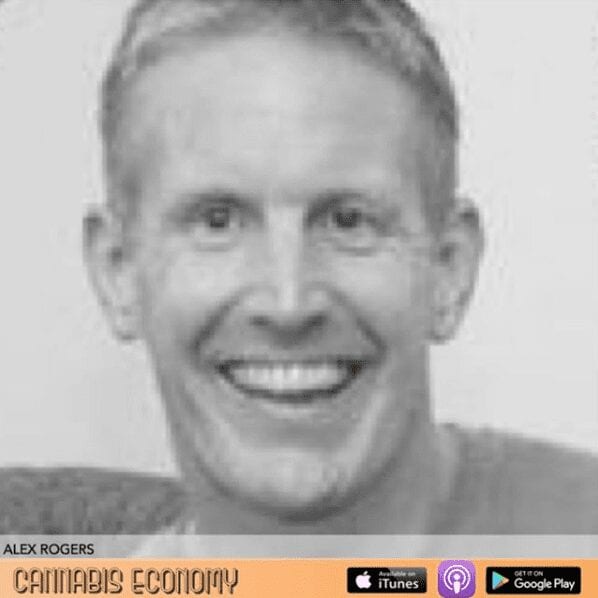 Alex Rogers returns from Episode 230 by phone this time to share his thoughts on among other things, the cannabis economy and changing laws in Germany. We discuss the fact that international import/export is happening and how the US is truly falling behind. Alex discusses his event that’s coming up in Hawaii and so he discusses the cannabis program which just opened up there. We discuss what’s happening in cannabis and otherwise in Spain in Madrid and Barcelona respectively. Finally we discuss what’s happening in Canada both federally and provincially. And on Hawaii, comedian Doug Benson will speak and Grammy winning reggae artists Morgan Heritage will play.

Speaker 2: We're on social at OPA ink. For more information, Alex Rogers returns. Alex Rogers returns from episode 2:30 by phone this time to share thoughts on among other things to cannabis economy and changing laws in Germany. We discussed the fact that international import export is happening and how the US is truly falling behind. Alex discusses his event that's coming up in Hawaii and so he discusses the cannabis program which just opened up there. We discussed what's happening in cannabis and otherwise in Spain, in Madrid and Barcelona respectively. Finally, we discussed what's happening in Canada, both federally and provincially and on Hawaii. Comedian Doug Benson will speak and grammy winning reggae artists, Morgan heritage will play. Welcome to cannabis economy. I'm your host Seth Adler. Check us out on social with the handle can economy. That's two ends and the word economy. Alex Rogers or something.

Speaker 1: So how you been man? I mean, I haven't spoken to you really since Germany. I guess you know, you, you, you kind of lucked out with timing plus a little bit of planning, right? As far as that event went?

Speaker 3: Uh, yeah. So, uh, you know, we, we, uh, the event was mid April and have two this year to 17 and uh, the, the laws changed, uh, in late March and uh, what the laws that changed where the medical marijuana of Germany and they changed, uh, in a way that was a, that really opened the system up in a few different regards. Um, one was, uh, before that time, it had been a difficult for someone to get their medical marijuana card. It's actually a actual prescription in Germany because it's fake federally regulated, but, uh, it was really difficult for a patient to get their medical marijuana prescription and if they did get, were lucky enough or a, or diligent enough to get their prescription and then it was, it was hard for them to procure medicine. They could, uh, before April first 2017, a wife, one guy, you're, you're, there are medical marijuana, prescription Germany, you had to pick a pharmacy that you were going to procure your medicine from. And uh, and so if you were, let's say that with some pharmacy in Berlin and you were traveling to Munich, you couldn't just stop in a pharmacy and get your, get your medicine. So two major things changed. It became a lot less prohibitive for a patient to get their prescription and all pharmacies were able to carry cannabis and any patient could get it from any pharmacy that, uh, that, that decided to carry a cannabis.

Speaker 1: I hadn't let the market decide is what, is what they said

Speaker 3: in that regard. Yes. Uh, exactly. And uh, uh, and made it less prohibitive for doctors to give the prescriptions out. Whereas before it was kind of like a lot of state, a lot of people in certain states in America had, had experienced this, where you back in the day you go to a doctor, they say, well, did you try percocet for pain? This, that, and you know, that kind of defeats the whole purpose anyway of why one might get their medical marijuana card and so they were making a go to that type of rig of a role in, uh, in Germany and now and now that's not the case at all anymore. It's, it's, it still has its little nuance problems and whatever, of course. But, uh, it was a huge step forward, um, and that, that helped make the, uh, the event a big success.

Speaker 3: And, and, and, and the third thing that was really an important change was up until that point. And still to this day, actually, the only the only place they Germany gets their medicine is, is the important. And from right now it's Holland in Canada. And that changed also in that they, they let uh, the, they're allowing for domestic license production in Germany and that won't be online for probably, I don't know, a year or so when the first foreign German pharmacies carry German cannabis. But, uh, but that was a good thing also, that vote was a little bit prohibitive. Uh, uh, and not so free market that prong because they basically forced anyone who wanted to be a German domestic producer to team up with a Canadian who had been doing it for some time and that was a, that was a funky little thing that, that we think is going to change, but, but, you know, it was really odd because Germany is all about Germany, uh, and, and the free market and self sufficiency and they really kind of, lot of people were excited to get into the proverbial game, if you will, and realized it was not going to happen and uh, or was going to be a lot harder to acquire a license because now they had to team up with someone who, a producer that I think they said hadn't been producing for since two, five years or something like that.