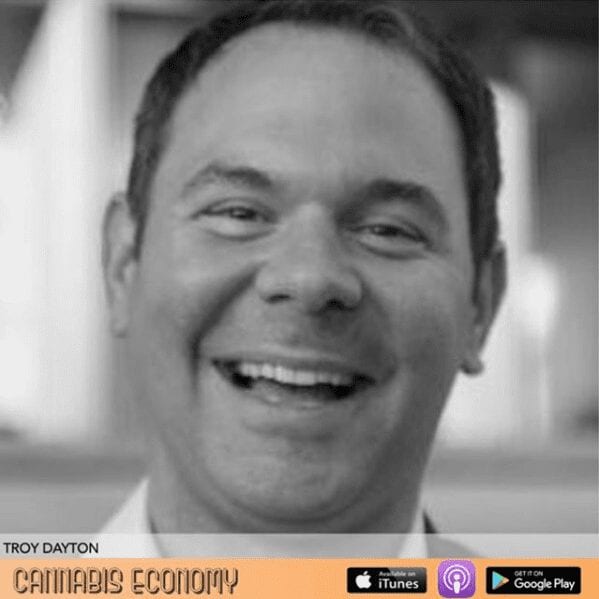 Troy Dayton returns. We discuss the fact that cannabis should be America’s to lose, but that’s in fact what’s happening. Canada is of course burgeoning with capital, import and export. The international trade winds are blowing and Troy says it’s hard to imagine a situation where we don’t see 20+ compound annual growth rates for the next decade or more. The European investors are starting to get excited. Troy says Asia investment is waking up with asymmetry knowledge to capital. But as noted, the fact that there’s an adversarial Attorney General in office, risk is still very much alive.

Speaker 2: Troy Dayton returns, Troy Dayton returns. We discussed the fact that cannabis should be America's to lose, but that's not in fact what's happening. Canada is of course burgeoning with capital import and export. The international trade winds are blowing and troy says it's hard to imagine a situation where we don't see 20 plus compound annual growth rates for the next decade or more. The European investors are starting to get excited choice as Asia investment is waking up as well. But as noted, the fact that there's an advertorial, attorney general and office risk is still very much alive. Welcome to cannabis economy. I'm your host Seth Adler. Check us out on social with the handle can economy. That's two ends of the word economy. Troy Dayton, I guess if it's September, the first question that I should ask you is, how was it burning

Speaker 1: man? A fantastic, uh, it was, uh, as with my 16th year, um, and it's the first year back after the first time I ever took a break. And uh, you know, what's great about burning man is, is particularly for being at a cannabis entrepreneur because, but it's really true for anybody is that your day to day identity takes up so much space and you know, if you were a business owner, that business has just completely colonized your mind. Certainly. Right. I mean it's hard to have a thought about anything besides your business. How could you? Right. Yeah. And when I go on like a regular vacation, it's nice. I get to relax, but I'm still in my brain and the way that I'm constantly thinking about business and by normal identity is just constantly there. What's great about burning man is that it's loud enough to pierce through your identity.

Speaker 1: So literally for a week I barely thought about work and my identity was where I lived was my camp and you know, like, you know, people called me t dazzle instead of troy and like there's something about getting a real break and something being loud enough louder than what your normal daily life is even in when that's really loud, that can give you that real break, that going to an island just couldn't do it because wherever you go there you are. That's right. So it was great. I came back hugely renewed and got to be chance to see my job and this industry in this movement in perspective that I am not those things, those are the things I'm doing while I'm here on this earth. That was a powerful thing that I remember now why I needed to go every year. So almost a year off. Yeah, kind of helped that.

Speaker 1: Yeah. It helped me realize that I really need that. Well, you're a busy guy. You keep yourself pretty busy. Yeah. So we're going to talk about all the arcview stuff in a minute. I wanna Kinda back out and talk internationally nationally, then get to California, then go to arcview. So start as big as we can right now. I know, obviously you went to Barcelona last year. Well if we're gonna if we're going to go that big, I mean let's start intergalactic. Oh sure. I mean, lets, I mean if we really, I mean let's, let's go real big here seth. You know, well we're planning an event on Mars 20, 22. We're working uh, with soon basically. Yeah. I mean we're, we're working with, uh, with, with Elon Musk. We're also working with a, um, with a virgin. Richard Branson and his crew. I mean they're, they're, they're competing for different, uh, uh, things about actually taking cannabis entrepreneurs and cannabis plants up to a Mars.