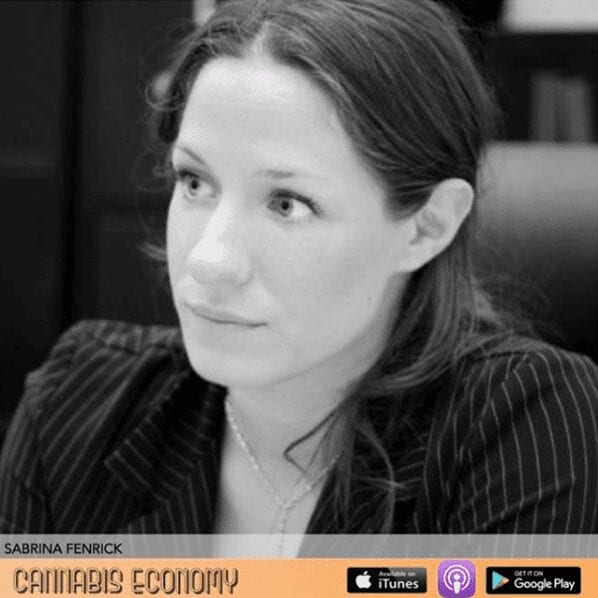 On the day that the rules for temporary licenses in California were released, Sabrina Fendrick sat down where we put her on the spot to discuss what was happening in real-time. She was bouncing from meeting to meeting with government affairs, regulatory advisory as well as supply partners. In real-time, Sabrina highlighted questions about packaging and labeling wondering if there were going to be grace periods and whether or not the regs would fit together with the trailer bill – which we subsequently learned – there are and they do. Questions do remain around supply chain and the ability to do business with different license types which we’ll cover in the very next episode. Sabrina does note that Lori Ajax has been supportive and transparent and understands the situation at hand.

Speaker 1: Sabrina fenrick returns on the date that the rules for temporary licensing in California were released. Sabrina federick sat down where we put her on the spot, does discuss what was happening in realtime. She was bouncing from meeting to meeting with government affairs, regulatory advisory as well as supply partners in real time. Sabrina highlighted questions about packaging, labeling, wondering if there were going to be grace periods and whether or not the rates would fit together with the trailer bill, which we subsequently learned there are, and they would have questions do remain around supply chain and the ability to do business with different license types, which we'll cover in the very next episode. Sabrina does note that Laurie Ajax has been supportive and transparent and understands the situation at hand. Welcome to cannabis economy. I'm your host Seth Adler. Check us out on social at the handle can economy. That's two ends of the word economy. Sabrina fender. Hello. Testing one, two, three. Oh my God. It's a brain offender. So today is California Regulations Day. Just to let everyone know,

Speaker 3: you know, podcast land knows no time, but that's the day that we're talking to each other. Today is the day that says the hour and they're kind of dropping and maybe they're available online and you were just texting and trying to see what we see. We're all just running around like crazy. Trying to get our hands on it. Yeah. I just passed a couple of people and just came from a government affairs meeting and they just had their advisory committee meeting in Sacramento that was live stream. So we watched that. And what did they say in that? Um, it was a lot of sort of formal process of how the committee is going to operate and do things like that. But it was while we were having this government affairs meeting. So yeah, we were, it was on. Yeah, that was a lot of discussion. Other government affairs. It was great. We just got to nerd out. It was so much fun.

Speaker 4: So the committee, how much? How many, what, who's on it, what's, what, you know what I mean? The committee that was speaking to you.

Speaker 3: Oh No, the committee. This is the official, like I'm bureau Ajax. Yeah. Lori, a Jackson. I'm just several other stakeholders that had to apply

Speaker 4: x, this, that, the other good. And she basically said the regulations are coming out, everything's going to be fine. We're all friends. We all love each other. No. What was her, in all seriousness, what was her kind of message? Do you remember? I'm putting you on the spot,

Speaker 3: you know, she's been saying the whole time they're having something. Is there going to be licensing on the first um, temporary a couple of, there's a couple of compliance supply chain questions in terms of like transitioning into 2018. Yeah. That. Oh, what are those? What are your questions as we go here? So, um, you know, one of the big issues is packaging and labeling and if there were going to be grace periods on that because some of the regulations include like tech size and symbols and language and everything and um, it takes these manufacturers months to get all of this packaging ordered and designed and everything and so they're dropping these regulations now, but if we have to be compliant with that in the next six weeks, then that's going to be a major issue

Speaker 4: because we're in the middle of November just so that we're in six weeks would be put us at January first. And it seems to me, and of course we'll read them, that she and her compatriots, uh, don't want to disrupt things. It seems like they understand that there is an industry that is operating and that we need to kind of, you know, go at this together.