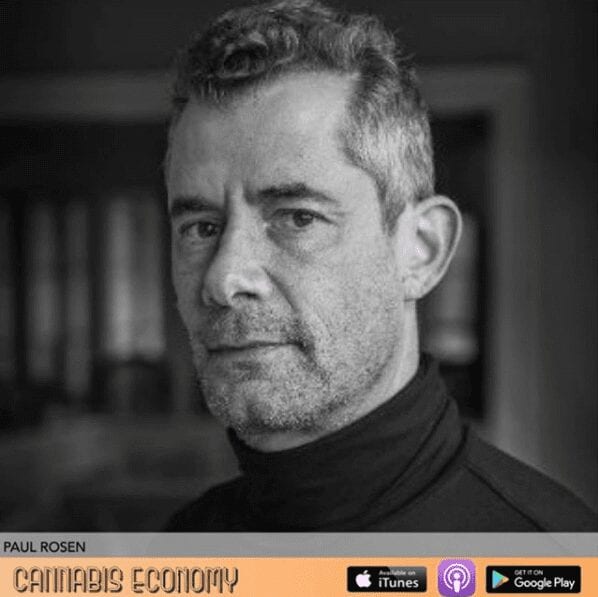 Industry veteran Paul Rosen joins us and shares that for cannabis he feels that Toronto is the most important city in the world as it’s the capital of capital. It’s gained that distinction based on a series of Canada constitutional court rulings which ruled that a patient had the right to the medicine of his/her choosing. The court rulings led to the first regulatory infrastructure- the Medical Marijuana Access Regulations or MMAR which was built around home grow. Prime Minister Harper’s government then put in the Marijuana for Medical Purposes Regulations MMPR which ushered in the current medical industry. And set up the opportunity for Prime Minister Trudeau’s government to introduce legal adult use cannabis in parliament which goes into effect July 2018.

Speaker 1: Paul Rosen, industry veteran Paul Rosen joins us and shares that for cannabis. He feels that Toronto is the most important city in the world as it's the capital of capital. It's gained that distinction based on a series of Canada Constitutional Court rulings which ruled that a patient had the right to the medicine of his or her choosing. The court rulings led to the first regulatory infrastructure, the medical marijuana access regulates mm, ar, which was built around home grow. Prime Minister Harper's government then put in the marijuana for medical purposes, regulations, MMPR, which ushered in the current medical industry and set up the opportunity for Prime Minister Trudeau's government to introduce legal adult use cannabis in parliament, which goes into effect July 2018. Welcome to cannabis economy. I'm your host Seth Adler. Check us out on social with the handle can economy. That's two ends of the word economy. Paul Rosen, founding and managing partner break water, venture capital, Paul Rosen, chairman, CEO of title Royalty Corporation, right.

Speaker 1: So it's only too well at the moment is the founder of what is now called the cronos group. I founded that company with some colleagues of mine in 2013. Right. And ran it actually laid in 2012 December 16th, 2012 to be precise. It's amazing. I can remember the exact day, but it was the day that Steven Harper announced the formation of our commercial medical marijuana program. So I'd been entrepreneurial cannabis since day one is I would say what is kind of is two point. Oh. And now I'm a venture capitalist and launching a royalty company focusing on expanding the US cannabis industry. Okay. Well that's interesting and I want to talk about that. I think maybe a little bit further down the line here in this interview, which is taking place at Mj Biz con in Vegas, right? It is November of 2017 even though podcast land knows no time, but you were just saying this isn't your first rodeo literally.

Speaker 1: That's right. Uh, I, I guess I'm a veteran at this point, the, I believe the show began in 2012. It was in, it was in Denver the first year. There were 40 attendees, 40 people showed up total. I was one of those 40 as improbable as that is, and it does remind me of that old Dorothy Parker line. There's no there, there at the time. And then the following year I upped my commitment and I exhibited as a table sponsor at the second annual marijuana business expo at a race track at Olympia, Washington that the industry had grown and the show had grown to 700 attendees and exhibitors as still very folky, very small. Um, but some of the people that are now will known entrepreneurs and pioneers were there. They were all, there were. Most of them were there by 2013. Then we went to Vegas and we exhibited in 14 and 15 and the show really began to blow up.

Speaker 1: And today I guess we all feel like the show is a perfect proxy for the dynamic growth of our industry for people that are not here. It is the most dense densely attended trade show I've ever been through in my life. I just came from the bed and I work also in the global hospitality business of no interest to your listeners, I'm sure. Uh, but I was at a show at the javits center on Sunday and Monday javits center, Premier Event Center without question at the hospital yet dynamic industry and it was busy. Yeah. I mean it was not, it was. There was no tumble weed, but it wasn't this, this is wall to wall people. It's very hard just to get to the washroom and when you get there, there like an epic way. So our industry is exploding and this show is exploding right alongside of it.