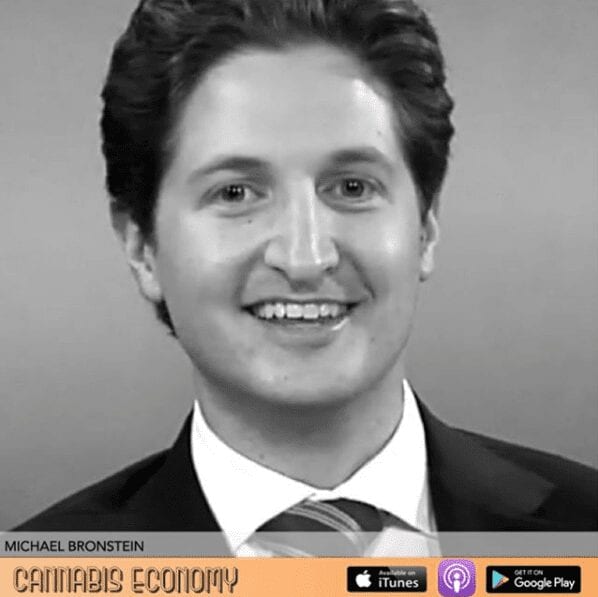 Michael Bronstein returns to discuss the fact that he sees the state legislature of New Jersey legalizing adult-use cannabis within 2018. Governor Murphy campaigned on the issue and there’s no question where he stands as far as support. That said, there’s not necessarily agreement on a timeline. What Michael does know is that the New Jersey State Senate President is for it and wants legal cannabis adopted. There’s more of a question in the House. Michael further notes that important bridges have to be built, just like on any legislative agenda. In his view the ultimate legislation must of course speak to licenses and product availability and may also speak to social justice. On product, the lesson has been learned from New York and he feels that there will be flower available in New Jersey.

Speaker 1: That's two Ns an the word economy. Michael Bronstein. I'm all over this. You know microphones. Michael Bronstein, you the reason that we're sitting, we would always sit down. It's not. We don't need a reason for. We normally sit down. We normally sit down, unless of course we're standing and the reason that we're sitting down this empirically, we've never stood together as you're never stood. We stood together, always said that's not true. We both had food. I don't. I don't remember that last time we saw each other. You were, you were under the weather. I was under the weather. I'm back. Okay. You think New Jersey's happening? Adult use 2018. We're good. That's what you think. I do believe that. All right. Okay, so let's go on the record for having said that. Let's talk. Let's talk about that. So we've got one year essentially. Yes. Until we vote on this in New Jersey.

Speaker 1: Where are we now? Right now we are in a place where people who are making policy or considering what these next steps are going to be in terms of formulating a program and potentially adopting legalization through a state legislature, the state legislature through a state ledger. So not only are we looking to do adult use in, in New Jersey, we're going to do it through the state legislature, the state legislature. Now, you know, I was going to say that you don't need the governor, you know, to, to legalize as we know from Colorado and other states, uh, although the, you know, uh, Mr Murphy, if I'm not mistaken, supportive of the issue where, where's he on this newly elected governor of New Jersey. So governor elect Murphy has made this a policy priority. Excellent. He has been quoted extensively in the media on this issue and even campaigns on this issue.

Speaker 1: Okay. So there is no question where governor elect Murphy stands on this issue. Check that box. That box is checked. Now as we go into legislature, why do we want to name names or what are we, you know what I mean? How are we feeling about who's involved and what's what. It's almost too early to name some names, but there have been hearings that have been picked up on in the press. I've been to a number of these hearings and the last hearing that we had, which was, you know, several months ago at this point, it was sort of what happens next. Is there a there there, right? If you will, right? Yeah. Now with somebody who campaigns on this issue, there is a there, there, there is much more of a. they're there now than there was. So when you say we're going to pass through the legislature, we don't have to vote on it. We don't have to wait until November.

Speaker 1: Now we are. We do not have to wait until November. So what kind of timeline are we on? So that's the big question and I don't think that anybody is necessarily in agreement on a timeline and I think that all of us know that legislative, the legislation gets done. It's definitely sausage and it takes a lot of time to cure me to grind it or get it into the habit. Come out looking like a sauce, right? Yeah. So there's gonna be some time. Okay. We're going to have to happen now listen in the. The thing that we do know is that the senate president, Steve Sweeney, Democrat, Democrat, who controls very large portion of legislative agenda has said that he is for this and once it wants it a doc, check that box. Check that. Okay. The house. There's a little bit more of a question.

Speaker 1: This sounds familiar. This sounds almost like the, uh, the federal, uh, you know, colleagues or every other state. Yeah, sure. For some reason. Sure. Yeah, that's right. You know, maybe there's some wisdom in the upper chambers. That's what they say. Right. Okay. So fine. So a little bit of gray, if you will, in the habit of Greg, what about the aisle, right. If we have at least a very important Democrat on one side, is there anything on the other side of the aisle that we can look to that we can be happy with that we can be confident in?

Speaker 1: So, New Jersey's legislature is Democrat controlled. Sure. Majority. Heavily majority. Like 75 percent ish or something like that. Jersey. Yeah, it's right next to New York. It's northeast. Yeah. I mean, look, there are there definitely republican elected officials. Sure. And uh, and they matter in, in, in what goes on, there will be a, there will be some listening to the minority part. So there's an important bridges that are, that have to be built on any legislative agenda. There have to be some boxes. Again, we talked about boxes being checked in that area, so we need to even find that box is essentially it. You know, I think that that's fair to say. Right? I think that that's fair to say there's been a, you know, there's a bill introduced, but the thing is is that what everybody is going to have to know going forward, and this is the same thing in every state, is what is if we all know that we want to do something, what is it that that's something looks like, Oh, can I think people are more interested in finding out what these details are because bills that have been proposed in other sessions, things that have been talked about, they didn't have a chance to move.