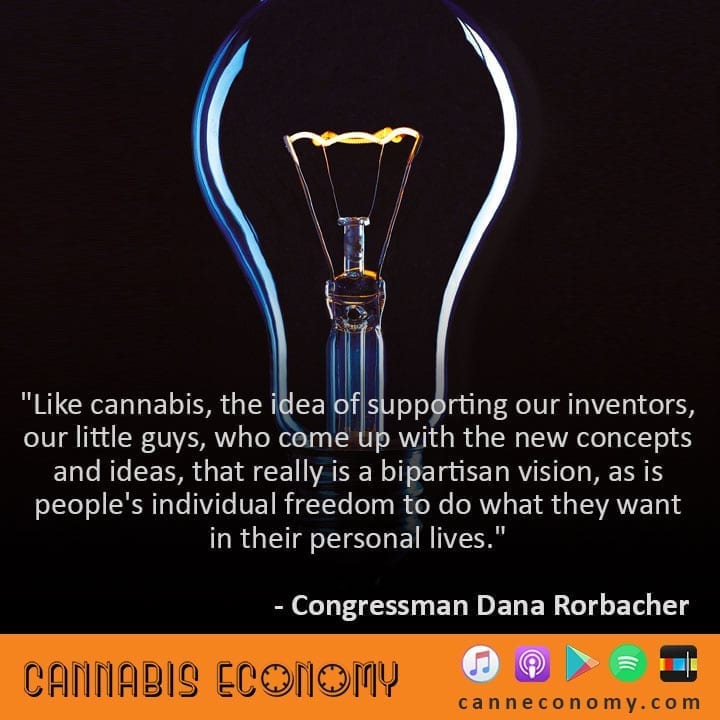 Congressman Dana Rohrbacher is back for the third time to look back at his history on the front lines of cannabis legislation reform. Over the past 30 years in office he has been involved in the Cold War, technology issues, the commercial space industry, and foreign policy. But cannabis is a very special issue to him because it has such a dramatic and personal impact on people’s lives right here in our country. It’s about more than just criminal justice or medical breakthroughs; it’s about personal freedom of choice to decide what to do with their own lives.

Seth Adler: U.S. Congressman Dana Rohrabacher returns. Welcome to Cannabis Economy. I'm your host, Seth Adler. Download episodes on canneconomy.com, that's two N's, and the word, "economy." Got a lot going on there now, and Congressman Rohrabacher returns for the third time, as I say to him, he was on the front lines when there was no cavalry, as far as federal cannabis legislation reform. So, very much appreciated talking to him. First, a word from MedMen, and then Congressman Dana Rohrabacher.
MedMen continues to expand its footprint on the cannabis landscape, opening new stores in Los Angeles, Las Vegas and the iconic fifth avenue in Manhattan. They've also opened a 45-thousand foot, high-tech cannabis cultivation and manufacturing facility in Nevada. The company has reached a one billion-dollar valuation, making it the country's first cannabis unicorn, and it's just the beginning. Learn how MedMen is building the future of cannabis today at MedMen.com.
The dulcet tones ... You've got a pretty good radio voice.

Seth Adler: The dulcet tones of Congressman Dana Rohrabacher. It's a very unique and interesting time. Podcast land knows no time, but here we are, it turns out, in an exit interview of sorts.

Congressman R: It is moving day for Dana.