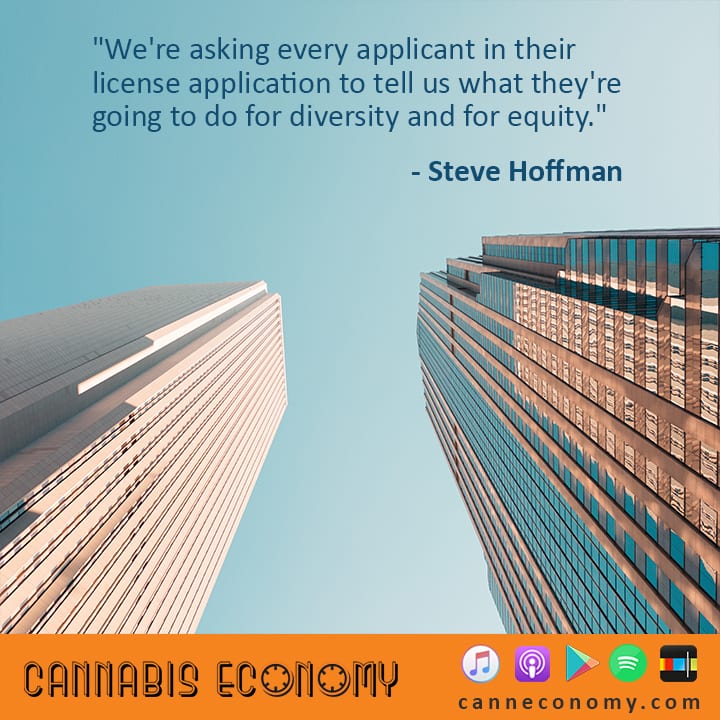 Chairman Steve Hoffman joins us and shares some of the protections put in place relating to Cannabis legislature in Massachusetts: “I think that every state is unique. So you can learn, but every state is different demographically, the laws are different. Massachusetts is the only state that has this explicit requirement about ensuring that disproportionately impacted communities are full participants in the industry. So you can’t just lift and shift from other states.”

Nancy: Because it's already federally legal for medical and will be federally legal for recreational. Once they are completely federally legal, they will have the opportunity to not just produce product for their own population, which is sizeable. It's equal to the size of California. But they're also going to have the opportunity to produce product in Canada and ship it anywhere in the world where it is legal. And even beyond that, this is interesting, the Canadian companies, again because it's legal, are actually able to be listed on the major stock exchanges, so they have enormous stock valuations. So they actually have the money to even go directly to countries where it's legal and just set up operations there. So it's a very exciting opportunity for us to partner with the right group in Canada.

Seth Adler: So we've got Chairman Hoffman, thank you so much for giving us a few minutes and thanks for having us here in Massachusetts.

Steven Hoffman: Cannabis has been legal for Massachusetts for a while.

Seth Adler: For a while, since November 20th or-

Seth Adler: Indeed. And when we speak of legal cannabis, usually we mean adult use, the medical program has more legs under it.

Seth Adler: Yeah. What did you learn from that program?

Steven Hoffman: I think couple of things. One is if you look at our regulatory language and structure, a lot of it comes from the medical marijuana program in Massachusetts. I think they did a really nice job in terms of regulatory development. It was a very slow rollout. Not much happened for the first couple of years. That was another lesson we learned the opposite way. But I think that the Department of Public Health deserves a ton of credit for the way they stood up that program, the way they regulate it. The transition from them to us, which happened in December of last year was very smooth and very collaborative. So I have nothing but good things to say about the way DPH handled the program.