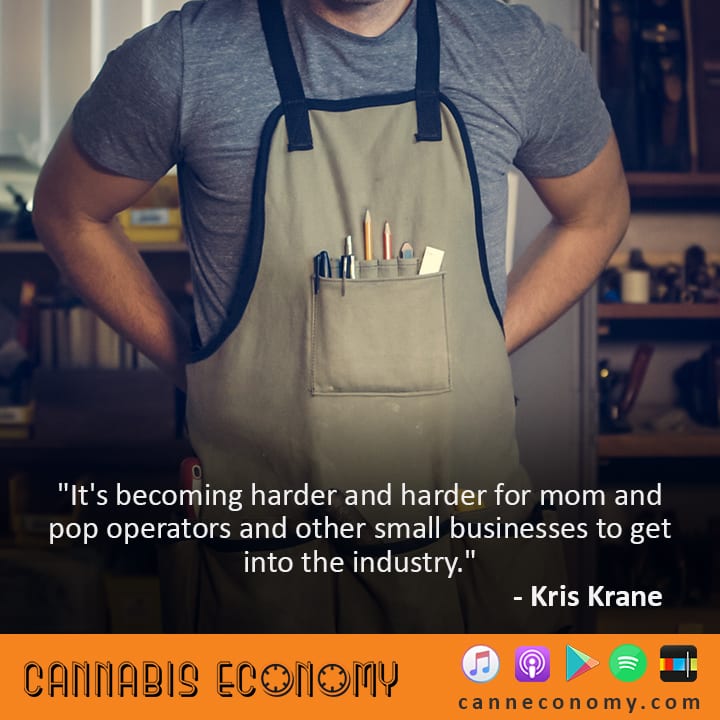 Kris Krane joins us and shares how global shifts in perspective are helping to change Cannabis laws in the US: “Where the dynamic has shifted is that in the past, the United States as a government, the United States as an entity, has been very successful in persuading the rest of the world to go along with its prohibitionist policies. And now we’re starting to see real cracks in that global consensus, primarily out of Europe where they’re doing a to more research or in Israel, they’re doing a lot more research. They’re calling for more research. “

Seth Adler: Kris Krane returns. Welcome to Cannabis Economy. I your host Seth Adler. Download episodes on canneconomy.com. That's two N's and the word economy. A ton of direct insight, including from Kris Krane. And so what we're going to do is put this up in a couple of different ways on canneconomy.com. So please do visit. First a word from MedMen and then Kris Krane.

Ad: MedMen continues to expand its footprint on the cannabis landscape, opening new stores in Los Angeles, Las Vegas, and the iconic Fifth Avenue in Manhattan. They've also opened a 45,000 foot high tech cannabis cultivation and manufacturing facility in Nevada. The company has reached a $1 billion valuation, making it the country's first cannabis unicorn, and it's just the beginning. Learn how MedMen is building the future of cannabis today at medmen.com.

Seth Adler: Here we are, officially, behind the rest of the composite world, based on the fact that the WTO is sure of the fact that research must occur.

Seth Adler: And that we should really be looking at this.

Seth Adler: Whereas, if you look at the books, that's not what the U.S. thinks officially.

Kris Krane: That is not. Although, that's changing. The DEA is in theory made it easier to do research so we've made baby steps in the United States, but the official position is it's still schedule one, which means it's damn hard to research.

Seth Adler: And those baby steps, I mean, are really, truly baby steps.

Kris Krane: No. No. Not even close.

Seth Adler: So when you look at now kind of repositioning ... Kris Krane has always been out front on cannabis policy reform. Kris Krane is now part of the infrastructure, if you will, in the United States, which is behind. What does it feel like to be in that position?

Kris Krane: Right. So I've kind of always been in that position of calling for reform, calling for more research, for advancing things. Where the dynamic has shifted is that in the past, the United States as a government, the United States as an entity, has been very successful in persuading the rest of the world to go along with its prohibitionist policies. And now we're starting to see real cracks in that global consensus, primarily out of Europe where they're doing a to more research or in Israel, they're doing a lot more research. They're calling for more research. Countries like Uruguay, which has legalized for adult use. Canada, which is legalized for adult use. Other countries in Latin America, Columbia, which has really embraced large scale production for medical cannabis, for export, and so it's not so much that the dynamic has shifted where like the U.S. was never leading other than we were leading in advancing prohibition. It's just we're failing to lead in advancing prohibition at this point, and the rest of the world is saying, "We no longer care." And the U.S. is just kind of behind.