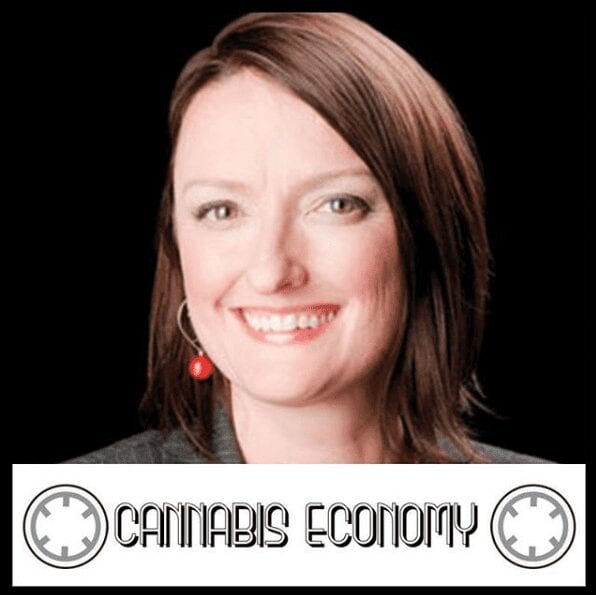 October 1, 2016
Betty Aldworth of course of SSDP gives us an update from UNGASS- the UN General Assembly Special Session on the World Drug Problem- as they call it. Betty also shares feedback from the SSDP event as well as what folks should be doing in gearing up for the ballot measures this fall. As a bonus, we’ve got a piece from Episode 36, Betty’s first appearance where she takes us through what it was like on the ground with Amendment 64. And if you’re in Oakland Sunday, June 19th come on down for the Sensible Celebration: ssdp.org/events/sensible-celebration. Either way, we’d love your feedback, please feel free to send an email to engage@canneconomy.com.

Speaker 1: The latest from worth, but first we're going to go ahead and go all the way back to episode 36 and, uh, give you a taste of that episode with betty sharing with us exactly what happened on the ground in the lead up to amendment 64 and, uh, other states on the ballot this year. Please take heed. Here's Betty Aldworth.

Speaker 2: We had, you know, the mayor and the governor hosting press conferences with the business community and the travel. It can be. I'm talking about what an absolute devastation amendment 64 would be on our state. Um, and so we had to do a lot of work in order to combat, um, the misperceptions and ridiculousness that was coming from the opposition. One of the tough things about running one of these campaigns from a messaging perspective is that prohibitionists you get to call upon these ingrained ideas that people have about drugs and drug users, in this case, marijuana and marijuana users. Um, you know, we've all been subjected to so much, um, you know, public education and the dare program and the rest of it that tell, that evokes these emotional reactions. And us, and it's very difficult to overcome that with facts and data to say, well, okay, I know that you think that you, you know, all of these things are true, but look at this evidence over here, that's not how people tend to to thing.

Speaker 2: So we had to do a ton of work around, um, you know, just reinforcing these notions that in fact, uh, no, we can regulate marijuana safely, we can create a better Colorado through amendment 64 and here are the ways that we're going to do it all the while we have, you know, these elected officials and members of the treatment community and so many others screaming at the top of their lungs about how, you know, Colorado is going to fall apart and you know, employers will leave and nobody's ever going to come to Colorado. Now, of course, at this point, we know much better than that. Tourism is up that new businesses are starting. Colorado is doing exceptionally well economically and socially anyway. Uh, so, you know, we worked really hard to reinforce those ideas. Um, and we've had an amazing group of volunteers on the ground who were out there talking to folks who they knew, and this is a really interesting thing, you know, in Colorado we encouraged a campaign, supporters talk it up.

Speaker 2: That was the name of the campaign to talk it up campaign. So we released videos, we sent out emails, we communicated with people over and over and over again. Hey, it's fourth of July, you're going to a barbecue. People are, you know, this is a great opportunity for you to talk about marijuana, you know, inject this idea into the conversation about marijuana being safer than alcohol. Hey, it's Thanksgiving or maybe that thanksgiving, but a mother's day for Mother's Day and father's Day. We released videos where we had, you know, the image was a, a young woman saying, mom, I want to talk to you about marijuana and why I prefer it over alcohol. So it was really about this idea of identifying marijuana users in communities and saying, listen, these are people you know, does, do you think that they should be locked up for it or should they be.

Speaker 2: Should we enact some laws that will help benefit our state? Um, you know, when it comes to how people go about getting their cannabis. So should we continue to put them in danger, uh, and, and that shift in thinking, I think was, was tremendously important to the enforced amazing. Uh, so we knocked on a lot of doors. We put out a bunch of ads. Mason's avert is an absolute genius when it comes to earned media and those kinds of scents. And watching a mason and Steve worked together on those pieces a lot with Brian was always a lot of fun.

Speaker 3: Uh, no it, it does. I mean, it sounds like it was an amazing time and we know that it, uh, it, it absolutely was. And uh, to be on the ground and, and then to have the success. It sounds like you guys counted as it, as a success, uh, even before, uh, you did win and no one counted on winning until, you know, after it was announced that, uh, that it had passed. Is that right? Is that about right?

Speaker 2: You know, I think towards the end of the campaign we were really helpful. We thought, of course you can never ever, I don't care how far it had you in the polls. He can never tell on the idea that you're going to wait and you have to keep up that pace. And, uh, up until the, the polls close and on election day at 7:00 PM, we hung up our, our very last calls. I remember sitting in a, in, in the peace room as we called it the war room. Uh, and uh, you know, working on actually making phone calls up until like 6:55 practically. Um, and, and we had volunteers in all day. We were out there waving signs, but you know, and there was never a moment until the polls close that you can relax when it comes to an election. But in the last handful of weeks of the campaign, I think, you know, for the most part we were feeling like there was a really good chance that we were going to win thing.