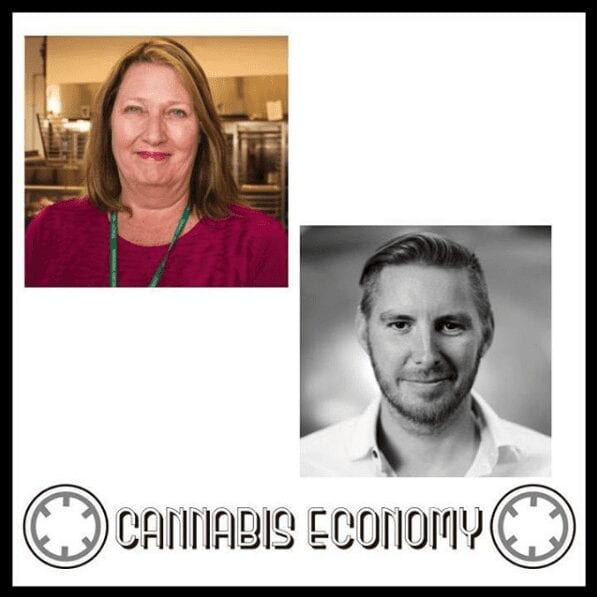 November 5, 2016
Ray Gracewood of Organigram, one of the licensed producers in the Marijuana for Medical Purposes Regulations program in Canada. Then Peggy Moore of Love’s Oven out of CO. Ray takes us through what’s happening his company as well as the overall state of affairs in the MMPR. Peggy Moore then joins us to give us an update of sorts from CO as well as the background on her company. As you’ll hear, these interviews took place in May. As this goes up, the main thing that’s changed is that the potency issue in CO has been postponed. Ray Gracewood then Peggy Moore, enjoy.

Speaker 1: So here's Ray gracewood from organic Graham, and if you're keeping count, we're Ghana. Graham is one of the 30 licensed producers in Canada. That's right. Let's just start with the basics as far as your license producer perspective on what licensed producer means. Sure. So Organic Graham is one of 30 licensed producers across Canada. So the licensed producer network is, is managed through the MMPR, a program here in Canada of spelled that out for us just for everybody so that we know m, m, p, e, r, I see what you're. Okay. So basically the entire legal medical marijuana industry is regulated through the MMPR and that is um, direct mail, straight to patients, 100 percent mandated through physician, um, prescriptions or medical documents. A organic Graham would be the only licensed producer, uh, east of the province of Quebec and Canada. So we're located in Moncton, New Brunswick, and New Brunswick is near Prince Edward Island Brunswick as near Prince Edward Islands near Nova Scotia.

Speaker 1: They see what I'm learning. Yeah, yeah. Near newfoundlands. Yeah. And just north of main Aha for your New England listener. There we go. So that's where you are. Uh, how much is the licensed producer? Um, community managed by geography is a, just a happenstance that you're the only one east of Quebec. A, I wouldn't say it's a happenstance a, but what I would say is that, uh, it's managed by geography in that it's well spread out. Uh, so there's, there's a strong penetration of licensed producers in western Canada, specifically in British Columbia, uh, quite a few in Ontario. And then generally if you were to kind of break down the country by population, uh, it would make a lot of sense that there would be fewer in Atlantic Canada just based on density. Right? So Organic Graham, what's in a name? Why Organic Graham Inc organic ink. So we're a publicly traded company, which is the ink, uh, what goes into the organic.

Speaker 1: Graham is a, we're a hundred percent organically grown product, uh, so that is what we would consider to be our number one differentiator for our brand. It's the thing that sets us aside from all the rest of the licensed producers in Canada. It would be the thing that we're most proud of and it would be the thing that we sort of protect as much as possible. We'll wait for the calls to see if anyone else thinks that they're 100 percent organic. Why do you know that you're the only ones? Well, it's a w were, well, first of all, we're not the only ones because the other licensed producers that uh, uh, have some parts of their production that into, um, that they would consider organic eco cert is the national body across Canada that governs our process and we've got a relationship with them to be eco certified sort of through our entire process.

Speaker 1: And, and so that's an important thing for us to sort of articulate to our clients and then for to understand what goes into organic and why we would see it as a, um, as a better production process. Sure, and what are some of those key principles from a production standpoint? Uh, well it's, it's, um, it's all natural fertilizers. Uh, it's totally a non radiated. Um, so our production processes in line with their guidelines, uh, it's all natural inputs into, into our soil. Um, and it's, it's naturally grown product. Uh, what kind of feedback are you getting from the product that you've grown? And that is, uh, of course, um, a, a, a, a question to get at where you are in the process. How much have you actually put out into the marketplace? Yeah, sure. Um, so the feedback, to answer your first question, feedback has been good and getting better.

Speaker 1: Good. Uh, and we've taken great strides particularly in the last three to six months, but progressively over the past year when we started shipping, um, where we know that product at the end of the day is going to be the most critical thing. And I think from an MMPR perspective, um, product quality, product consistency, fair priced, all of these elements are really going to be the, the, the piece that, that makes our entire system success or fail. And we need to make sure that the product stacks up against any other product available, whether it's in the white, gray or black market. Um, so it's been a huge focus for us to get to the point where we can put our product up to any other product within the MMPR or otherwise and fair to say that the consistency and what we can continue to kind of communicate to our patients says that this is a better option for you.

Speaker 1: And it's something that, um, is, is, uh, you're going to be more comfortable with. So if you're willing to go up against a anybody, how much of that actually happens? Describe the supply chain. Are you focused on your region or are you focused on kind of the national footprint? Absolutely. National footprints. So the nature of the business here in Canada is it's all direct mail and all licensed producers are fully licensed to ship across the country. Uh, so it is a national marketplace unlike the US right now. Um, so, you know, just based on geographics and, and just sort of the natural way that we are developing our business. We do over index on the east coast, but have a bit more of a focus on the Ontario market, western Canada market, um, to make sure that we continue to be one of the major players across Canada, across Canada so that you're there on top from now until the end.