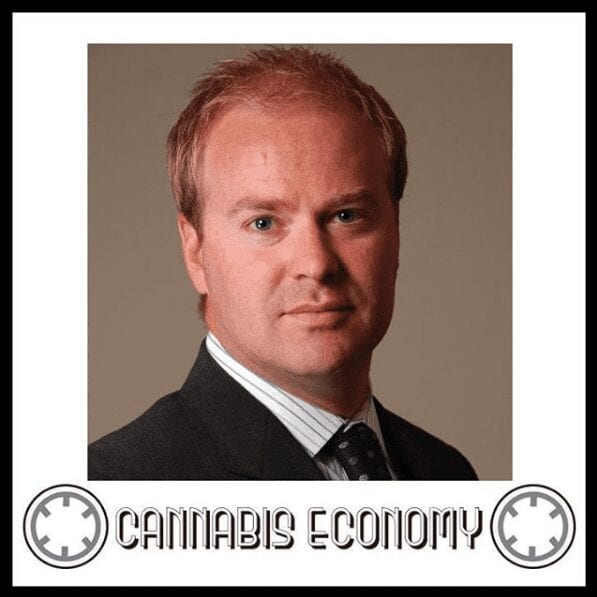 January 3, 2017
Brian Smith from the Liquor & Cannabis Board in Washington State discusses the fact that the state is in fact regulating cannabis like alcohol.  We discuss the initial lottery and the ensuing HB 5052. Finally, Brian takes us through the post July 1, 2016 reality. Nevada native Andrew Jolley then joins us and discusses his family’s history in the state which harkens back further than most. He takes us through the overall economic picture and then dives in to the cannabis economy in Nevada.  Andrew lets us know about some of the qualifying conditions as well as how reciprocity is in fact working regarding out of state cards and recommendations.

Speaker 2: Brian Smith and Andrew Jolley, Brian Smith from the liquor and Cannabis Board in Washington state discusses the fact that the state is in fact regulating cannabis like alcohol. We discussed the initial lottery and the ensuing hb 50 slash 50 to finally Brian takes us through the post July first 2016 reality, Nevada native Andrew Jolley then joins us and discusses his family sister in the state, which hearkens back further than most. He takes us through the overall economic picture and then dives in to the cannabis economy in Nevada. Andrew lets us know about some of the qualifying conditions as well as how reciprocity is in fact working regarding out of state cards and recommendations. Welcome to cannabis economy. I'm your host Seth Adler. Check us out on social with the handle can economy. That's two ends and the word economy. Andrew Jolley proceeded by Brian Smith.

Speaker 1: Okay. All right. So I am in the liquor and cannabis board of Washington state. Welcome Brian. Thank you so much for having me. Glad to guide you. Could make it so, uh, we, we, we definitely want to hear everything that you have to tell us. Um, you know, obviously there's that big day, July first 2016 that did happen and we kind of wanted to get your perspective on the before the day and the after. First we've got to establish what your role here is at the LCB. You're not necessarily a regulator in your own. Right, right, right. Me and myself, I'm the communications director here for the liquor control board. So we're the liquor and cannabis board is. We're known now now. Yeah, sure. Yeah. So we as an agency though are the regulator of marijuana in Washington state and what that means that we also licensed and we enforce the law.

Speaker 1: The board itself makes policy and that a liquor control board to liquor, liquor and cannabis board. That happened, I think. What was it in 2015? Yeah, late in 2015. So it's still, you know, it's still, you know, in the indesign geist it is as far as a kind of getting used to it. So, um, you know, as far as your desk, what are you most, you know, what are you dealing with most? What comes across your desk more often than not? I can tell you. Let's go back a little bit and talk about since I two passed in 2012 I five zero two is the initiative that basically legalized marijuana in Washington state and put us to work in setting up that system. Absolutely. Since that very first day, I mean it, it was a, a torrent of um, work that I do is like working with the media, working with we'll public forums all around the state.

Speaker 1: So talking with people that were already operating at that, he call it the black market or working in the medical system, which we would call the gray market and addressing a lot of their concerns and moving the system forward as we developed rules. And so a lot of what I would do is the communication through the website and the communication through the media and stuff going forward. So we've spoken a lot about the lottery system. Um, take us through what you've dealt with, what you've spoken about as far as the lottery system. Yeah, I mean, the lottery systems feels like ancient history now, so it does in Washington state for your listeners, which are probably all the way across the country. Sure. Um, you got to look at it that Washington and Colorado were pioneers that this didn't, this system of producing process in retailing marijuana, it didn't exist anywhere in the world.

Speaker 1: And so we had to sort of start from scratch and a lot of, a lot of people had ideas as to what that system should look like, but there are parameters in the law that established it. And what was interesting was, um, the initiative was written with based on the existing alcohol laws. And so our marijuana system looks a lot like, um, Washington's alcohol laws. And uh, so it was in the eyes of the initiative writer that the liquor board would be the appropriate agency to be able to move this forward. Got It. And so since then we began that process talking to other states and Colorado in particular, but we were moving in a different direction than Colorado was and we did not have any federal input at that time. We didn't know what the federal government was going to do. They could step in at any day and shut it down because it is a controlled one illegal substance, right.