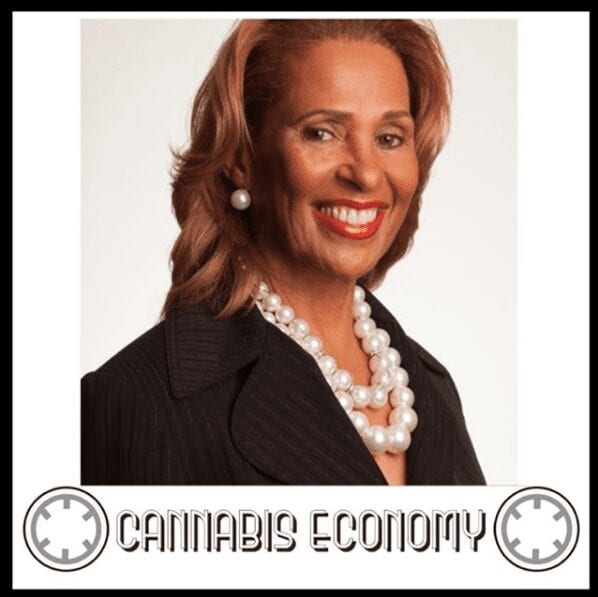 August 21, 2017
Sue Taylor returns to give us an update on her Berkeley business. She takes us through the fact that the cannabis isn’t as easy as those outside the industry assume. She got a license- which took her years to secure, but that’s when the real hard work began. And so, she’s re-evaluated how she views business partnerships and is currently in the process of reestablishing new investors. And even though she’s looking for funding, she’s happier now than she’s ever been. Bringing the option of cannabis to the baby boomer community is her dream, she’s passionate about it, she’s driven to deliver, she’s good at, she loves it…and as she says- it’s the right thing to do. She made the decision long ago to make the world a better place through not just existing but truly living.

Speaker 1: Sue Taylor returns. Sue Taylor returns to give us an update on her Berkeley business. She takes us through the fact that cannabis isn't as easy as those outside the industry. Assume she got a license which took her years to secure, but that's when the real hard work began, and so she's reevaluated how she views business partnerships and is currently in the process of reestablishing new investors and even though she's reworking funding, she's happier now than she's ever been. Bringing the option of cannabis to the baby boomer community is her dream. She's passionate about it. She's driven to the liver. She's good at it. She loves it, and as she says, it's the right thing to do. She made the decision long ago to make the world a better place through not just existing but truly living. Welcome to cannabis economy. I'm your host Seth Adler. Check us out on social with the handle can economy. That's two ends in the word economy. The iconic sue Taylor. We're sitting here

Speaker 2: on a bench looking out on the water. It's beautiful. So I mean, you know, you can't get a better day, right? No Way. We, we on the east coast, we think that a San Francisco and Oakland, that's just like La, right? It's not like La as far as weather's concerned. No, but it is pretty good. It's pretty good. It's awesome. It's still California, whether it's still California, whether it's, it's its own, it's its own breed type of thing. It's, it's, it's, its own breed. It's a. Did the energy is different here? Yeah. Well let's talk about some energy, right? Because last time we talked, you got the license, right? First licensed person in, uh, in the area even though we've had this mentors here for 20 odd years, whatever. And so, uh, just like that, everybody knows once you get the license you start printing cannabis money, right? Yeah. Right. I,

Speaker 3: I wish. So I think that this is, this is good because this is, this is more kind of really what happens, right. You know, here's a business that is highly regulated or waiting for regulations. Um, and so what, what, what goes on? So last we spoke of what it would have been about six months ago, maybe nine months ago, right? So in the ensuing months when we were going to build it out and, you know, put your son in back and you were going to sit out front. What's been going on? Well, a lot has been going on since May 11th. I May 10th. Yeah, it would have been a year that we've gotten the permit and coming up on it, coming up on it and even though we've gotten a lot done on the building as far as, uh, the estimates and the contract is waiting and all that kinds of stuff and plans drawn for the physical things of it.

Speaker 3: Uh, we came across, uh, a glitch, a glitch in the matrix in the Matrix, uh, and we were finding that we were going to have to be searching for some new investors in new money to, uh, to further us along. Is it a safe to say that everything costs more and takes longer and cannabis? Yes. I'm finding that out. It's um, but I don't think it's, it's, I think it's just business. I really don't think it has so much. This part a is just regular stuff here. It's just regular stuff here, so miss miscalculations and things of that nature and um, uh, and so, uh, as we sort through a new investors and looking for better terms and smarter money, uh, you learn as you go and it's like I was mentioning to you before, uh, I'm not, I'm, I'm not. I'm disappointed that we're not open now that I'm not so disappointed that that happened because I met an incredible amount of fat.

Speaker 3: Fabulous people have some potential great investors that's on board that's a doing incredible things and I've learned so much. I never ever could have taken a business class and gain the knowledge that I have gained. Gone through this. Well, let's try to do this. So, so kind of. It's basically been a year. Yes. You know what, what are the key kind of lessons, right? If you can mention one or three or five of them, read the small print on all contracts. Just read all the contracts. Read every page, every sentence, everything because they're putting stuff in there and get a full understanding to everything that you're signing and be a part of that and not hand that over to somebody. Yeah, you get your lawyers involved, but you got to make sure that you know exactly that your is explaining exactly what the numbers mean. Uh, all event know everything. And so here we go. We got the train to the left of us water to the right. Here we are stuck in the middle with you, right? Yes. That's where we are actually. It's a great place to be. Is Jacqueline did Square Jack London Square in Oakland? Yeah, absolutely. We had a bird fly up here. And you said the birds come to you. The animals come to you? Yes they do. And then you said, uh, and if I, if I make them, they'll go away. And then he said, go away and the bird went away.