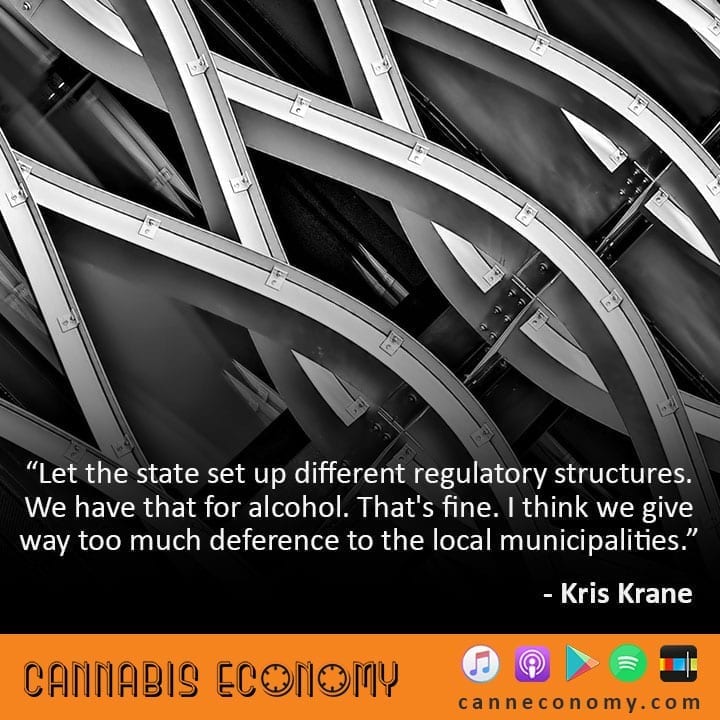 Kris Krane is back to talk about the big win that democrats -and thus cannabis- have had in the House election and general politics, and what that really means for cannabis reform. Even with strides being made in politics, there are still hurdles to surpass. With the slow process of bureaucracy, four states are the focus of attention; Illinois, Massachusetts, Maryland, and Pennsylvania.

Seth Adler: Kris Krane returns. Welcome to Cannabis Economy. I'm your host, Seth Adler. Download episodes on canneconomy.com. That's two Ns and the word economy. First, a word from Wana Brands, and then Kris Krane.
MedMen continues to expand its footprint on the cannabis landscape opening new stores in Los Angeles, Las Vegas, and the iconic Fifth Avenue in Manhattan. They've also opened a 45,000-foot high-tech cannabis cultivation and manufacturing facility in Nevada. The company has reached a $1-billion valuation, making it the country's first cannabis unicorn, and it's just the beginning. Learn how MedMen is building the future of cannabis today at medmen.com.
Kris Krane, I owe you a nickel.

Kris Krane: You owe me a nickel.

Kris Krane: What was our bet again?

Seth Adler: Well, it was about Election Day.

Kris Krane: It was about Election Day.

Seth Adler: I thought everything would remain the same.

Kris Krane: That's right. No, I said the Democrats would take the House.

Seth Adler: The House was a real wave.

Seth Adler: What we have here is a failure to Pete Sessions anymore. You understand what I'm saying?

Seth Adler: That's exactly what I was just going to say. If you're a person that's listening to us and you don't necessarily think that that's that big of a deal, how would Kris Krane explain how big of a deal that is?

Kris Krane: Pete. It would have been a much bigger deal had the Democrats not taken the House. It's interesting in that it's a big deal symbolically, right, to take out probably arguably the most anti-cannabis member of Congress, the guy who was single-handedly responsible for not allowing any votes on any cannabis measures for the last three years or so.

Kris Krane: Yeah, since he's been at the Rules Committee. That's a really big deal, and I'd like to think that his awfulness on this issue was a piece of what contributed to him being ousted. Now, that said, had he not lost and the Democrats still took the House, it wouldn't have been that big of a deal because he loses his power, right?

Seth Adler: He doesn't have that power anymore anyway. Yeah.

Kris Krane: If you have 50% plus one in the House, you get all the committee chairmanships. You get to make all the decisions. The minority has basically no power in the House, so the Democrats would have taken over the chairmanship of the Rules Committee anyway.

Seth Adler: Which they have.

Seth Adler: Well, he has, right?

Kris Krane: That's right. That's right, the new chair of the Rules Committee. Sessions, if he were still there, would just be pouting in the back bench and quietly crying to himself that they're allowing votes on 280E, and banking, and the other good things that we want to see, but those things would have happened whether he was there or not, but don't get me wrong. Losing him's a big deal. The marijuana reform community really made an effort to get rid of him. There was a concerted effort to oust him, and it was a razor-thin election there. He lost in a very close race, and I would like to think that his advocacy for prohibition and the work that our side did on that may have been the deciding factor.