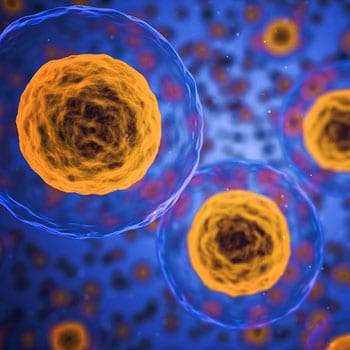 Cannabis’ current regulation in the United States, as well as around the world, limits the vast research needed to educate the public about its advantages. These findings sought to provide medical evidence of cannabis’ benefits and risks in cancer, respiratory disease, immunity, therapeutics effects, psychosocial, mental health, substance abuse, and others to the audience throughout 2018. Even though the evidence for cannabis usage is still elusive, the World Health Organization has urged for nations to remove cannabis from Schedule IV from its list of drug scheduling, which in turn will allow the protection for researchers and advocates interested in conducting additional studies to understand its benefits.

The consumption of cannabis and cannabinoids for medical purposes, as well as for recreational use, is still considered a controversial topic in the time of writing since limited research has not been able to provide a complete scope of results from studies to form any conclusive results about the benefits or risks of cannabis use.

Cannabis’ current regulation under Schedule I, from drug scheduling in the United States, limits the vast research needed to educate the public about its advantages. Needless to say, 34% of Americans support cannabis and its derived products to remain illegal, thus preventing further development and legalization (Hartig & Geiger, 2018).

In 2017, The National Academies of Sciences Engineering Medicine (NASEM) published a lengthy report with evidence from several examinations conducted from 2011 through 2017. These findings sought to provide medical evidence of cannabis’ benefits and risks in cancer, respiratory disease, immunity, therapeutics effects, psychosocial, mental health, substance abuse, and others. However, due to the mentioned limitations, the National Academies’ report (2017) concluded that cannabis’ effects are still vague and recommend further investigation to provide more conclusive evidence.

This work of literature ought to be considered a complementary piece – extending the report’s findings – and provide the reader with an unbiased, comprehensive body of evidence regarding results from research and case studies throughout 2018, and the implications of much-needed analysis to benefit the consumer.

Even though the evidence for cannabis usage is still elusive, the World Health Organization has urged for nations to remove cannabis from Schedule IV from their list of drug scheduling, which in turn will allow the protection for researchers and advocates interested in conducting additional studies to understand its advantages (Angell, 2019).

Canneconomy.com and its affiliates aim to provide general information about cannabis consumption in the hopes for policymakers, users, researchers, and the general public to make an informed decision about cannabis and its derived products. Thus, seeking the research needed for a better understanding of marijuana as it takes on the medical field.

The cannabis policy landscape has undergone substantial changes over the past 40 years, including the legalization of cannabis for medical use in 28 states in the United States (NASEM, 2017). These policy changes have significantly changed patterns of cannabis use and perceived levels of risk.

Despite extensive interventions at the state level and the rapid increase in cannabis use for both medical and recreational purposes, conclusive evidence remains elusive about the short-and long-term health effects of cannabis use. Limited scientific research has resulted in a lack of understanding in cannabis use’s health implications, which is a significant public health concern. Thus, there is not a standard guide to instruct consumers the dosage and time of administration to use cannabis safely and effectively when treating medical conditions.

The Institute Of Medicine (IMO) has published several consensuses reports on cannabis health effects and transformed the industry significantly with its published report titled Marijuana and Medicine: Assessing the Science Base in 1999. Since its publication, the scientific literature on cannabis use has grown substantially and led the National Academies of Sciences, Engineering, and Medicine to publish a lengthy report in 2017 with evidence from several examinations conducted from 2011 through 2017. These findings sought to provide medical evidence of cannabis’ benefits and risks in cancer, respiratory disease, immunity, therapeutics effects, psychosocial, mental health, substance abuse, and others. The report concluded that cannabis’ effects are still vague and recommend further investigation to provide more definitive evidence.

Simultaneously, marihuana is cataloged under Schedule IV of the Drug Convection Treaty of 1961 from the World Health Organization (WHO). However, recent discoveries presented to the WHO’s committee did not indicate that cannabis plant and cannabis resin were particularly liable to produce ill effects similar to other substances in Schedule IV. The Committee also recognized that cannabis preparations such as in the forms of oils and infused foods are chemically formulated in a way that they are not likely to be abused and there is no evidence of actual abuse to justify the current level of control associated with Schedule I in the United States. The organization concluded that the inclusion of cannabis and cannabis resin in Schedule IV is not consistent with the criteria for a drug to be placed in Schedule IV. Thus, the WHO has urged for cannabis and its key components to be rescheduled under international drug treaties. WHO’s petition aims for whole-plant marijuana, as well as cannabis resin, to be removed from the treaty’s Schedule IV (Adhanom, 2018).

If the proposal were to be adopted by nations’ members, it would confirm the belief that the world’s governing bodies have been wrong about cannabis’s risks and therapeutic benefits for years. More importantly, the international agreement would protect future research in the medical field and attempt to eradicate issues such as the opioid crisis, and others.

During this pivotal time, we have embarked to conduct a review of the findings throughout 2018 that expand the National Academies’ report since 2017 and provide the audience with facts of current medical evidence to outline the benefits and risks of cannabis use.

A team of medical professionals, led by Ph.D. associates Campbell et al. (2018), were able to clinically prove that cannabis has no beneficial use in the long term for chronic pain users. The clinical setting included over 1500 patients, who suffered from chronic pain and had been prescribed opioids (Campbell et al., 2018). It also proved that people who used cannabis had more significant pain and lower self-efficacy in managing pain.

Campbell et al. (2018) define pain self-efficacy to a patient’s beliefs about doing daily activities despite their pain. During the four-year cohort study, patients’ self-efficacy was measured using the Pain Self-Efficacy Questionnaire (PSEQ) and prompted, “Is your pain neuropathic?” as a baseline to diagnose burns or tingles.

In the Czech Republic, the Center for Pain Management (CCPM) at St. Anne’s University Hospital has prescribed oral administration of medical cannabis for the treatment of chronic pain since 2016 (Sudolsk, 2018). Due to oral administration limitations, the CCPM employed medical vaporizers for patients to vaporize cannabis instead. This technique makes cannabis’ “entourage effect” occur within a few minutes and gradually disappears within three to four hours (Sudolsk, 2018).

Sudolsk (2018) from the CCPM mentions that “employing vaporized cannabis in pain management has underscored the importance of focusing on delivery methods that maximize the synergistic effect of all the complex bioactive substances in the cannabis plant”.

Although cannabis and opioids are not interchangeable, the public should be cautious about concluding that cannabis alone (or at all) should be used to treat chronic pain. More extensive well-designed studies of longer duration are essential to determine the long-term efficacy and long-term safety of cannabis to provide definitive answers to physicians and patients regarding the risk and benefits of its use in the treatment of pain.