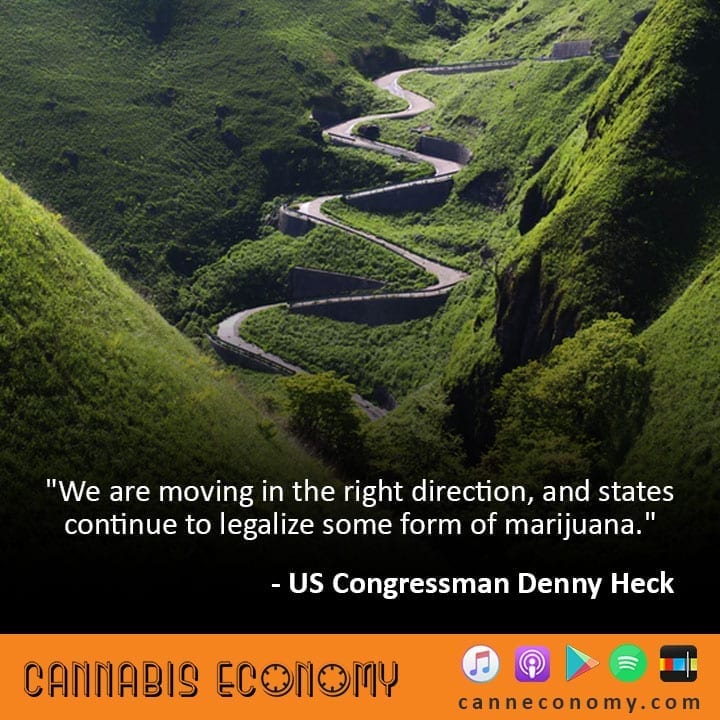 Congressman Danny Heck lays out the high level of activity regarding various cannabis discussions that have led to an expansion mode in a number of states in the country. He talks about the financial side of cannabis legalization looking at the Safe Banking Act, which not only reduces regulatory uncertainty and reputational risk for banks, but even more importantly addresses public safety. He goes on to talk about the historical events and perceptions that have shaped the political environment and culture of Washington today.

Speaker 2: Want to know with Wana Brands. Nancy, just general expansion into other states, what do you think?

Nancy: We are in such an active period right now. We have many, many states that we're in serious discussions with, but some of the most far along discussions are Ohio, California. You've heard of California?

Nancy: So that's an exciting one for us. Massachusetts, Maryland, and Pennsylvania. And we're looking at Washington, Michigan. We are quite in a expansion mode right now.

Seth Adler: Congressman Denny Heck, thank you for having me in here to your brand new office.

Denny Heck: Brand new. Not even unpacked. That's why the sound is bouncing off the walls. We don't have anything on them yet.

Seth Adler: That's right. That's right. You're one of these few folks that moved office buildings even. You're not usually a Longworth person.

Denny Heck: No. This is Rayburn.

Denny Heck: You don't know what building you're in. Do you know what day of the week it is? We were up in Cannon-

Denny Heck: But of course they're remodeling 25% of it every two years.

Denny Heck: We had another two years, but then we would have been displaced, so we decided to take the opportunity to move uptown, closer to my committee assignment.

Seth Adler: Yeah. There we go. Which committee?

Denny Heck: Financial services and also intel committee, the intelligence committee. HIPSCI as we call it.

Seth Adler: Let's dive in on financial services. And just quickly in my defense, I was just with Congressman Blumenauer in Longworth, so I came through the tunnel and the whole bit.

Denny Heck: I see. That's kind of a fig leaf of an excuse for not knowing what building you're in, but okay.

Denny Heck: We'll go with it.

Seth Adler: No, no, yeah I'm okay being wrong. I usually am, as my girlfriend will tell you.
So financial services, that makes sense based on legislation that you've introduced with your friend Congressman Perlmutter, who's been on. Why don't we just dive right in on your marijuana, as it states, finance legislation that you introduced.

Denny Heck: I'm Ed Perlmutter from Colorado's wing man on this. We've been partnering on it for six years because we were the first two states in the Union on the very first night to have the voters legally authorize adult recreational use of marijuana. As a consequence, we began to get into some of the issues of difficult implementation as it relates to the federal policy and regulatory framework. Basically the Safe Banking Act says in its simplest terms if you legally authorize through your legislature or your voters some form of use of marijuana, mostly medical but also now what 10, 11 states on adult recreational use, and if you follow the provisions of the Cole Memorandum, the famous Cole Memorandum from the Department of Justice-