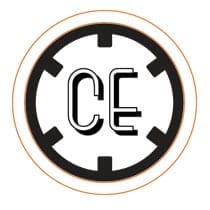 October 4, 2016
Tim McGraw returns. Tim’s back to discuss SB 10 which on a dime completely changes the Illinois cannabis landscape. We discuss the extension of the sunset provision, patient counts, the relationship between the legislature and the governor, how the governor now sees the program and the addition of PTSD to the list of qualifying conditions. Out of the shadows and into the light for Illinois cannabis. Feel free to send feedback to engage@canneconomy.com.

Speaker 2: Tim Mcgraw returns, but first we're gonna go all the way back to episode 26 when Tim first joined us to get a sense of his philosophy behind getting started with revolution. He really shares, uh, you know, his thinking in getting in on this whole thing. Enjoy it.

Speaker 1: We wanted the building from the ground up. We didn't want to do a take a take something I'd worked somewhere else and do kind of a find a replace and it put our, plug our name into it and modify it, the Illinois law a little bit, but we wanted to build ours from scratch from the ground up and we scored a nine slash 88. I mean there's guys that scored higher than us, but we're, we're proud of the fact that it was the first time this application has ever been seen by anybody. It wasn't retreading from another state. And then we did a lot of things differently too. I think that we, you know, like I said earlier, we worked backwards into our real estate. We went out, we found communities that wanted us. Uh, the two towns were under Barre in Delavan. The reason we're in varying Delavan is because they sought us out and water them to come into town. And then we found the property, we backed into the car. We bought real estate that wasn't for sale. Instead of going out and finding real estate and then trying to force ourselves down the throat of the local community, we, we, we went where we were wanted.

Speaker 1: Delavan was actually a, a, a friend of a friend that grew up in Delavan and mentioned it to the mayor and in the village manager and said, yeah, we'd love to meet Tim. I haven't come out. So I did. And we hit it off. And uh, you know, they knew my heart was in the right spot, you know, while this is a capitalistic endeavour, they saw how passionate I am about this and how much I believe in doing this the right way. This is not just a, you know, I'm not just looking to get rich, it's not a get rich quick scheme for us. This is, we're in this for the long haul and for the betterment of the industry.

Speaker 3: Now, let me, because I had anybody listening. You've got the background to be one of the get rich quick, you know, let's make a quick dollar here. Like, you know, that's where you were, that's what you were doing. How come it's different in all seriousness?

Speaker 1: Uh, again, because those were, those were opportunistic, uh, jobs or, or, or, or a business that I was in that I didn't care. I mean, I thought, I didn't know. I cared a lot less about those. I care about this industry, this, this, this means a lot to me. I know how I've seen what can cannabis, how cannabis helps people. I've seen how it changes people's lives and I've seen, uh, the how very, very industry are very, very easy to sell your name in this industry by, by doing things the wrong way and not having a long view of things. So everything we do at revolution enterprise is not a immediate Roi. We do things that we are not going to make money on for a long time because we, we believe we have a moral obligation, quite frankly to advance science because because we've been handcuffed for so long and we've been lied to for so long that somebody has to spend the money and innovate and push the ball, continue innovating and and, and not just say, okay, well we're up and running. We're making tons of money, which just keep popping out flour and be. Now we're going to do what's necessary to, to make sure that is the medicine just gets more and more effective and more widely used. Tim Mcgraw Returns

Speaker 2: Tim's back to discuss sb 10, which on a dime completely changes the Illinois cannabis landscape. Welcome to cannabis economy. I'm your host Seth Adler. Check us out on social with the handle hand economy. That's two ends in the word economy. If you're into more direct communication, feel free to send me an email. It engage@Canneseconomy.com. Would love your feedback on the show. We'll also start featuring supporters of the program in July, so you can use engage at Cannacon [inaudible] dot com if you're interested in helping out the shop. We discussed the extension of the sunset provision. Patient counts the relationship between the legislature and the governor, how the governor now sees the program and the addition of Ptsd to the list of qualifying conditions out of the shadows and into the light for Illinois cannabis. Okay. And

Speaker 1: so tim returns a, an exhausted tim mcgraw. Thank you so much for giving us a few minutes. No problem man. You can say that again. This has been probably the most exhausting last 12 months of, uh, of my life, that's for sure. And when the last time we talked to, to you, you know, you're, you're not a guy that shies away from work. You're a hard worker. He's been a hard worker all of your life, including kind of hands on labor. Uh, these last two, 12 months though, they beat everything else, don't they? Oh yeah. Hands Down, hands down. And it's not the, it's not even so much the hours, the hours are or for when I wake up to when I go to bed, if my eyes are open, I'm working, but the anxiety and the stress related to this business as the regulatory environment we work in. And then the whole political situation was really the most stressful part of all of it, you know, kinda feeling handcuffed.

Speaker 4: Uh, as far as politics goes, sometimes somethings are out of your control and it's frustrating.

Speaker 1: Plus, you know, you're, you're looking to work in more than one region, I think as well. Right. So you do a fair amount of travel? Yes, I do

Speaker 4: quite a bit. Uh, our focus is on Illinois at the moment because it is such a large and important state. But uh, yeah, we have licenses in other countries and we've applied in several other states. So Illinois is, our focus is our, is our mother ship, so to speak. But that's not the end of our expansion. No.

Speaker 1: Got It. Right. Well, first things first, I mean this is turning into Illinois week. What, uh, what has just very recently happened there in Illinois, take us through it.

Speaker 4: Well, it's a historic quite frankly, which is having the passing, uh, the overwhelming, uh, as far as the votes go, passing of SB 10, which, uh, is a piece of legislation that expanded the pilot programming in Illinois, another two and a half years as well as removed the need for Dr. Recommendation, um, which is big, which is very important. That was a big barrier in Illinois to patients getting cards with their doctors had to recommend in addition to certify they had a condition that Dr had to recommend and give a reason why they were recommending cannabis. So a lot of doctors without experiencing canvas obviously weren't comfortable doing that. So remove the removal of that language. The recommendation language was very important, uh, the addition of a posttraumatic stress disorder as a condition a also very important. Huge. Yeah. Yeah. It's unbelievably huge, especially for veterans obviously, but the veterans are the only ones that ptsd, but they are a group that definitely needs special attention in regards to help with that because so many commit suicide every month.

Speaker 4: So, uh, we're, we're, we couldn't be happier about the fact that the, the rounder administration essentially did a one 80 and from what the previous stance was, and that was the reason for it. The reason, the reason that was that happened is because of the overwhelming support, first off by the public. But secondly, uh, this became a, a bipartisan issue. This was sponsored by leaders in the Republican Party, including a leader, Jim Durkin. He was really key to getting this accomplished, that negotiation with the administration and with Democrats and the Republicans are all along as long as, uh, as well as Tim Butler, uh, and other Republican leaders, um, that were instrumental in getting the administration to agree to the legislation, which we expect to be signed any day now.