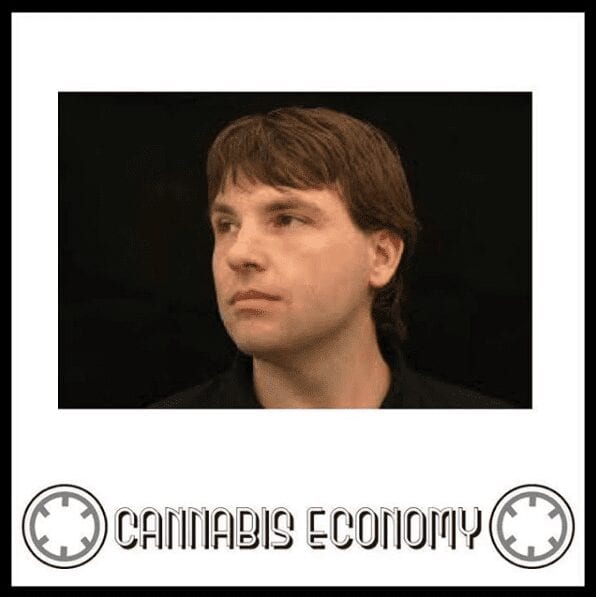 October 8, 2016
Ben Reagan returns to share exactly what’s happening as we speak in Washington State. New regulations have him refitting his current medical marijuana facility into updated 502 standards from the state. Ben takes us through how he’s balancing what the state wants with what his patients needs. He’s essentially engineering his supply chain to ensure that the 502 approved farmers with which he’s working provide him with dose appropriate, specific, personalized and cost effective product for each of his patients to ensure that they don’t have to turn to the illicit market. Feel free to send feedback to engage@canneconomy.com.

Speaker 2: Ben Reagan returns, but first we go back to episode 71 with Ben and his partner, Jeremy Count's been kind of sharing how they got together or why they're doing what they're doing and you know, their general philosophy. So enjoy that. Uh, that first conversation, at least a piece of it,

Speaker 3: I found cannabis works really, really well for um, Adhd and depression in the late nineties, uh, and then using it as a means to survive myself through college, uh, broke my neck snowboarding and the early two thousands get addicted to opiates and then found that cannabinoid content worked really, really well for all the conditions I was dealing with having a titanium rod pulling a bunch of vertebrae together. Um, and then so that kind of started that journey. And then in 2007 or eight, ben and I kind of got together and started powering. And then in 2009 the CPC really became a real place and it's a center for Palliative care is what it stands for. And palliative really is the treatment of, of any symptom that a condition creates and cannabis having, you know, at this point, hundreds to thousands of compounds on any given strain. You're dealing with an incredible range of compounds that create palliative function for the human body.

Speaker 1: So we're going to get into the 2009 and beyond. You literally broke your neck. Yes. Smashed into a tree. Snowboarding a. were you a decent snowboarder? And that was just a little bit of bad luck. Yes, because I'm looking at you. I feel like you know what you're doing. Yeah, it was bad loans. Bad Day. Alright. So you break your neck and uh, they kind of put you back together and then a dumpy on to all sorts of what, what, what, what did they put you on medicine model? A oxy

Speaker 3: cotton fentanyl. Diazepam a mood stabilizers, antidepressants. I mean the concoction, you know, any day it was between 400 and 800 milligrams depending on what the condition I was dealing with that day and how severe it was.

Speaker 3: Uh, I actually became suicidal and ended up in Rehab and a friend of mine who just kind of handed me a Brownie and was like, hey, this will work. And I was like, it's garbage. I used to smoke that stuff for adhd and stuff, but it doesn't really work for pain. And uh, then it worked and then we kind of became, well, I can transfer to bites of Brownie for 10 milligrams of Methadone and then you realize there's a system and I'm a systems analyst by trade. It's actually what I learned in college. Um, so then it became my life's pursuit to really figure out how to systematically get cannabinoids into the human body in an effective way to deal with the cost of conditions that humans deal with.

Speaker 1: So you, you, uh, had dealt with Adhd, Adhd, and had success with that and then, uh, didn't understand what the kind of pain relief, uh, options were. And then obviously that became obvious to you and then you want it to spread the word. Where along that path did ben come in?

Speaker 3: Ben? I don't have the science mind. Like that's really it. Like I don't, I mean I knew that you could make these products. I knew they existed from a systematic standpoint, but the reality to sit down and really make them was, was totally beyond the, the, the, the structure skillsets that I have. So ben has this crazy brain that you just, you can't match, you can't, like I, I stopped arguing with them years ago. Like he, he, he remembers a huge majority of what he reads and what he, what he sees and what you tell him. So when he really liked goes to work on understanding a product or process, he just, anything he reads that adds to that knowledge base, he doesn't forget. So after months and months of researching a process where most people have to reread something, I'm in time again to become a phd level person year after year here. He can, he can. It's just insane. So yeah, the electric.

Speaker 1: Yeah. I love that he stopped. You stopped arguing with him many years ago, you said? No. Okay. I know I'm right. Unless I can actually go to the article or like and be like, no, I know this is legit. Like exactly like it's, it's actually one of my tattoos, so it's literally on my body. All right. All right. So then where does that brain develop? I mean, you're from Washington, right?

Speaker 3: Uh, yeah. I grew up in oak harbor from second grade on Military Brat.

Speaker 1: Okay. Military Brat. I did ask you if you're a scientist, you say you're not a scientist. Uh, Jeremy says you have a scientific brain bridged the dots for us, I would

Speaker 3: say, researcher to be able to take, to find data, take it in, and to be able to apply that data in a larger scope. Um, I think a lot of it's that research side. Um, we're very fortunate here that I get to work with people one on one as far as our community members and patients go. So that constant bounce back and forth to is one of those honing into things, you know. So for me, like my introduction into cannabis was helping my dad out with some old navy injuries and stuff he has so we can actually eat food and that was combined introduction, the medical side and then I think I was talking to Jeremy One day and he was mentioning having to go back to work in finance and how much he didn't want to have to do that as like, oh, I mean we could always maybe start a dispensary or something. We probably could. And I think we bounced the idea around for a couple months before really getting serious about it. So in that time period is around 2009, a 2008 I think or so because it took us a while to get things organized to figure out how to do it correctly and get caught up. All right. So, but let's, let's talk about your dad and how you kind of found the right treatment for him, you know, start at the beginning. So, um, how it began

Speaker 4: as I was up there for fourth of July and my step mom turns to me and goes, Hey, your dad's not eating. He asked to throw up after he eats. So he basically just subsist on coffee syrups all day through coffee, which isn't good when you're have a family history of diabetes. Right. So, um, there were like, do you have any cannabis he could try? And I was like, well, yeah, I got some of my car and I'm like, aren't you on a break? I was like, Kinda break them on vacation now. I just got laid off. So I got into the car and I grabbed some cannabis and they come back, um, and we smoke a bowl together. I'm in literally 30 minutes later he's able to eat a sandwich and hold it down. So, um, that was kind of the building for that. Um, and then from there we started developing like the teacher products that we carry and stuff like that. So it was kind of that introduction and then figure out how to deliver it to them. We wouldn't have to smoke. Um, I think became a big one after that. Yeah.