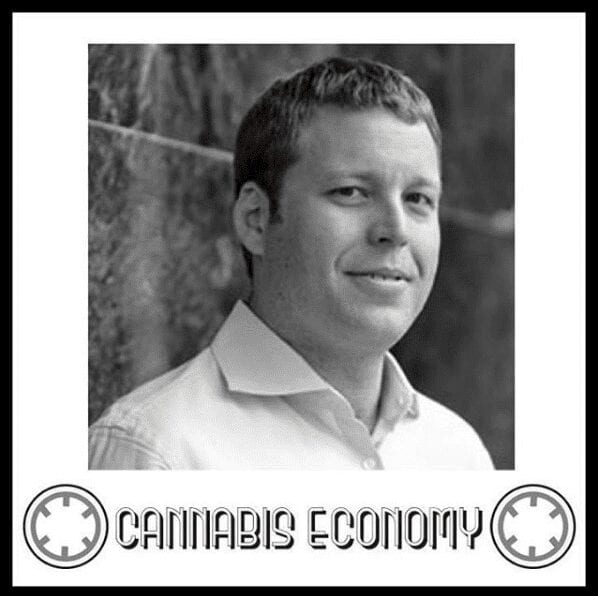 October 11, 2016
Adam Orens from the Marijuana Policy Group discusses Economic Impact of Marijuana in Colorado. Adam and I discuss revenue, tax revenue, jobs and truly the overall impact of the cannabis industry on the economy of Colorado.

Speaker 2: Adam orens from the marijuana policy group discusses the economic impact of marijuana in Colorado. Welcome to cannabis economy. I'm your host Seth Adler. Check us out on social with the handle can economy. That's two ends of the word economy. If you're into more direct communication, feel free to send an email to engage. Can Economy Dot com. We'd love your feedback on the show and we're going to start featuring supporters in any minute in July. So A, I dunno, a couple episodes away. Engage@canacademy.com if interested there. Adam and I discussed revenue tax, revenue, jobs, and truly the overall impact of cannabis on the economy of Colorado.

Speaker 1: Okay. All right. So ncia cannabis business summit. That happens to be where we are. Yes. Oakland, California. It's early though. And in this industry, no one's awake yet. Yeah. Adam orens marijuana policy group. Correct. Okay. You know about those wacky marijuana policy project people do similar name. It is to get through to get us through the etymology of the, uh, of the group's nature.

Speaker 3: Uh, so I started the marijuana policy group with a gentleman named miles light who is a research faculty at the University of Colorado. We started the company, uh, to address, uh, um, the lack of research and analysis in a economics and public policy consulting research. Uh, and uh, so, uh, one of our largest clients is the Colorado Marijuana Enforcement Division, uh, and we do a lot of economic and market analytic work for them. And also, uh, we do a lot of work for private businesses across the country. Uh, and so, uh, when uh, legalization happened in Colorado in 2012, we saw this as an opportunity and we started to do work in this

Speaker 1: base. Indeed. So, uh, there are many of us, so we named it the marijuana policy group at the time. There we go. And you've just kept it. Yes. Yeah. Many of us saw the same opportunity. That's why, uh, you know, you've got what thousands of people here that's well attended. Yeah. So in terms of the marijuana enforcement division, right, that's a client. Yeah. So explain how big of a deal that is, I guess.

Speaker 3: Um, well, uh, so the state of Colorado has rules that are put on it by the federal government, uh, in a piece of a document called the Cole memorandum by the Department of Justice that basically outlines the rules that allow recreational marijuana to occur, uh, and it gives them $8 acquirements, uh, and uh, two of which the state of Colorado has to adhere to deal with, uh, issues, right in the heart of my experience, which is economics and uh, they have to manage supply and demand a two. So to minimize diversion and also to reduce the black market. So that's what we help them do is understand a, the market at a deeper level so that they can regulate it effectively and have successful businesses and successful regulations. So as you see it, they are there to enforce the Cole memo. Is, is an essential in, in, in essence?

Speaker 3: Well, that's one part of what they do, but they are, yes. So at this point, if a, any listener is hearing this and hasn't heard episode 1:40, this is somewhat self serving, but really it's for the listener, for the user. If you will, it's firstly safe patient access to information. Go listen to episode 1:40 with Jim Cole. He'll take you through the Cole memo and then come on back and now you're back. Welcome back. So, um, you're working with them. Any other, uh, are you, are you Colorado centric at least for the time being or not really? Not really. Um, we have done a lot of work with a private groups that are going for applications and states for medical marijuana business licenses, uh, of any kind. Um, we've also been involved with, uh, um, people starting up businesses in recreational, other recreational states like Alaska, Washington.

Speaker 3: We do financial modeling for them. We help them understand how to build a business in each state's unique regulatory environment. We've spoken. Yeah, we spoken to a couple folks in, in Alaska. What, what's the latest, do you have any? Uh, well, Alaska might be the first state to allow a social use in a consumption. Yeah, social consumption. So you'll have a new business type that hasn't really been opened in other states, so that would be interesting to see how that happens. But I think that's what's most interesting about Alaska, totally tiny, tiny bit in San Francisco with spark. But, uh, if we can open that up, that'd be great. Uh, demonstrate maybe once again that the sky won't fall. And, uh, so, so getting to the relationship with the mud and you guys are, are now out with a, a, a pretty dynamic report. Uh, and uh, you know, first off, where can folks go see that if, uh, if they're interested, the report will be released probably in about four weeks' time.