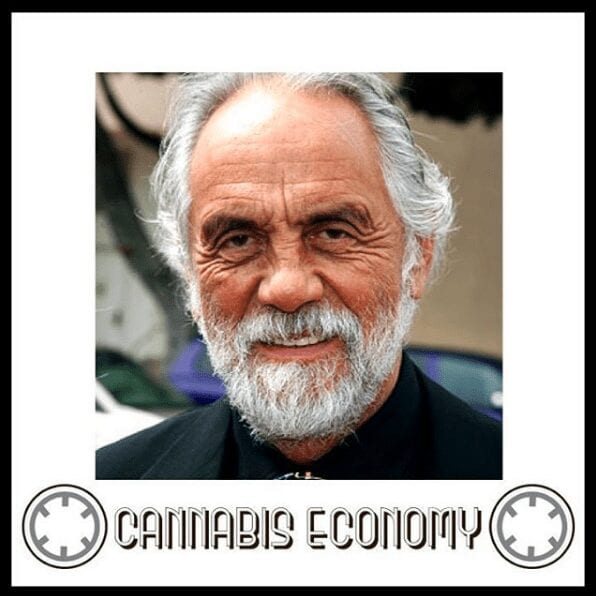 October 19, 2016
We first go back to Hempfest 2015 where we talked with Tommy about his outlook on the cannabis landscape and how he’s happy to see the beginnings of greater society focusing on the benefits of cannabis and hemp. Tommy goes on to talk about his experience with the George W. Bush administration and even brings us back to a scene from the iconic “Up in Smoke.” Tommy then joins us by phone to discuss the history leading up to the movie as well as what he knew he needed to do to leave a mark. Tommy also touches on why we owe a thank you and/or apology to Mexico and Mexicans and his exceptionally non-white experience with Cheech. And speaking of Cheech, Tommy shares specifically what makes the duo work so well through the “Dave’s Not Here” bit. Enjoy the ride with Tommy Chong.
Special Thanks to this episodes supporters:
Auntie Dolores: www.AuntieDolores.com, Treatibles: www.Treatibles.com
Gateway: www.GatewayIncubator.com, Boveda: www.Boveda.com

Speaker 1: As a matter of fact, some very big names that will soon be announcing that they're using Bova from top to bottom. Everywhere flower is present. For more information, go to [inaudible] dot com. The Tommy John, we first go back to [inaudible] 2015 where we talked with Tommy about his outlook on the cannabis landscape and how he's happy to see the beginnings of greater society focusing on the benefits of cannabis and hemp. Welcome to cannabis economy. I'm your host Seth Adler. Check us out on social with the handle can economy. That's two ends in the word economy. Tommy goes on to talk about his experience with the George W dot Bush administration, and even brings us back to a scene from the iconic up and smoke. Tommy then joins us by phone to discuss the history leading up to the movie as well as what he knew he needed to do to leave a mark. Tommy also touches on why we owe a thank you and slash or apology to Mexico and Mexicans and is exceptionally nonwhite experience with cheech and speaking of cheech. Tommy. Share specifically what makes the dual work so well through the Dave's not here. Bit. Enjoy the ride with the Tommy Chong. Mr Tommy Chong.

Speaker 5: My pleasure. Yeah. You know, it's a different world than it was when you guys started off. Uh, you know, in the sixties and seventies, as far as cannabis is concerned, we're sitting here at Ham fest in Twenty 15. Just a first question, the biggest question, what are your thoughts about how far we've come to where we are now in cannabis? What was the question? So the question was, well, back in the day, you know, you smoke a little bit and get stone, then you forget what was going on with the rest of the world. Yeah. And now what? Thirty, 40 years later, I'm still doing the same thing and getting stone sitting here trying to figure out what I'm going to eat next. Right. And that's the beauty of it. Nothing changes. Only difference is, is that the street people who used to fear a pot heads, you know, now their children and their children's children have become potheads themselves. And so we're, we're quietly as simulating the whole world. Eventually the whole world will be nothing but potheads and it'll be very peaceful

Speaker 1: there. There we go. We're getting there. We've interviewed, you know, a Congressman Dana Rohrabacher who

Speaker 6: is not a Democrat, that guy's a republican. He worked with Reagan. How, how crazy that he's going to be speaking here today.

Speaker 7: I think you worked with Ido fiddler and

Speaker 6: uh, I don't know. We'll have to check that. I guess we'll fact check that, but how crazy that he's speaking here today. How crazy is that?

Speaker 7: Well, this shows you the times have changed. I'm going to use the hemp has been going on now. Twenty something years. 20. Yeah. Twenty years. And he's finally catching up to it. I gotcha. So you think he's late to the game? Not early. What it is, it's, it's a trolley that's moving, you know, and it's not stopping for anybody and so you got to run and jump and grab on and that's what he did. He wants to stay in the public eye. He has to go where the public is and this is where they're at.

Speaker 6: This is where the public is. So a welcome. Welcome in to everybody that stood. That's coming. Let's talk about commerce a little bit. You know, you uh, you had a little bit of a hangup with your initial foray into commerce in cannabis, right? Oh, you mean with the bongs? Oh yeah, with the box man. Well that was

Speaker 7: my political, uh, you know, that was, uh, during the Iraqi war and that was uh, George Bush's a diversion tactic, you know, to take the mind off of what he was doing. Yeah, let's go after the bomb people.

Speaker 6: Absolutely. The enemy as far as the Iraq war was concerned was of course Tommy John, yeah. Yeah. But it's all changed. And here we are. What, what, what did you learn from that first kind of foray into cannabis business, into your current, uh, brands, if you will?

Speaker 7: Well, the reason I got into business was that people were bootlegging my name and my likeness. And so rather than have someone else salvage Chong Bong, I decided to sell our own and uh, it's a great business because, you know, it's a growing and it's growing bigger every day. And the great thing of a weed is that you smoke it, then you need more, you know, and it, it's like food is a food, food is food for the brain. But uh, for, for commerce, it's going to save the world. It really is. This is, you look at what happened in northern California during the great plains, you know, the Great Depression, the pledge of, Oh, eight. Nobody in northern California was effective. You know, they skated through. Their mortgages were paid, they had their new cars. Gee, how did they do that when everybody else who were losing their homes and jobs and know homeless northern California managed to get by and it was a plant that miraculously did it and there's nothing about commerce northern.

Speaker 7: We've been, we've been selling pot since the beginning of time basically, but since when they made it illegal, pot went underground and it became the biggest cash crop in the world because of. Because it was illegal because of prohibition prohibition, when prohibition did, was gave us license to grow anything we wanted. Anyway. We wanted to to create the plant, how we wanted to create it, and then to get it to the people that need it because it's a medicine. Absolutely, absolutely. By making it illegal, they took off all the restrictions. There's no restrictions to how this plant could be drawn. Now we are not only developed a super plant that does everything. I mean you can eat it, you can, it cures so many diseases are there. They're still counting, you know, they're still looking. It does it. You can build with it, you can share your animals with you.

Speaker 7: It's, it's the magic plant now. Seattle in American that now they're trying to figure out ways to, to, to own it so they can get all the money they can get all the money, you know, they tried demonizing it didn't work. That's not gonna work either. All these restrictions, you know, that they're doing with Washington and Colorado, you know, all that. Yeah. And Alaska and Oregon now comment, all those restrictions are there going to be laughable because once, because the black market is still here, it didn't go away just because you can get a medical license and grow pot, you know, that black market is, it's a biggest cash crop in the world and it's been that way for as long as I can remember. So we can, we can

Speaker 6: try to put any restrictions on it that we, uh, that we can. But it's not going to work basically with the,

Speaker 7: were they in Colorado? They're trying to tag you. Ever plan to know where that plant was grown here. De who's going to check and who cares? So the plan's been in Colorado. It's the same plane you can get in California. You can get an India, you can get anywhere in the world. And so and so the restrictions like that or like a. yeah, that's a good idea. Yeah, let's do that.