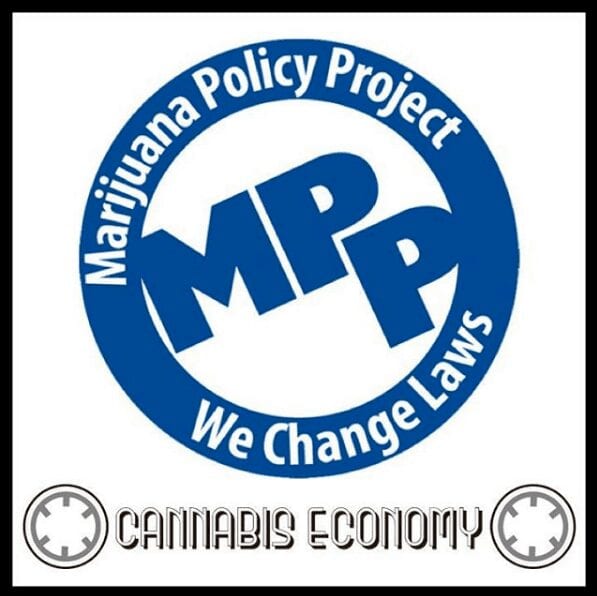 Speaker 1: Second Annual MPP arm wrestling fundraiser, but first we have some supporters to thank and a bonus of a slice of the initial rob Kampia interview from way back when, which sets the stage nicely for the competition. This episode is supported by Hoban End. Fiola had a chance to sit down with Bob hope and at the cannabis World Expo. And here's what happened. So, so here's it's Babo, but it's good to see you. Good to see you now. I, as I will tell you, every time, I always want to say whoa bond and that's okay. But Toby Tobin, real simple. How's the, uh, how's The coaching going? Have we have we gotten back to it? The whole goal was to get back to it. Oh yeah. No. Uh, we took the, took the 12 year old traveling team down the hill, as we say in Colorado down to a Denver League and got humbled for a couple of games and then put it back together.

Speaker 1: Made the playoffs as well. All right. And we're currently in the playoffs when the season ended a little while ago. But, uh, we are geared up for fall fall league, right around the corner is an interesting way of saying we lost even when it hurts. So what is happening as far as holding and feel or what's the latest we need to know? We, we've, we've been doing great things and I appreciate you asking. We are now the nation's first national cannabis law firm. Uh, we've been that way in practice for two years and we made our official launch in the early spring this year. How does that work? How were you national? We have 30 lawyers right now in 13 states. Um, so if you retain Hoban and you automatically have a lawyers that meet three qualifications, number one, they're experienced lawyers, lawyers first that have experienced in different commercial areas. Number two, all of those lawyers, uh, adhere to the highest professional standards.

Speaker 1: And number three, they all have experience in the cannabis space, some more than others. That's a rare combination. They're not criminal defense attorneys, they're not activist attorneys. And I don't mean to knock those, that's not the point. My point is that what you are. This is not what we are, the distinction is that we are business attorneys and then personally I've been consulting with a number of governments both around the US and around the world. Uh, and uh, it's terribly exciting to work in this industry in 2016. The terribly is such an interesting word choice. Uh, and I know you choose your words wisely as far as these other international places and governments that you, you know, kind of toned. What, what can you tell us a well, I can tell you that, uh, the, the progression that we're seeing in Latin America, uh, by using cbd or non psychoactive aspects of cannabis, of marijuana as a therapeutic substance that's prescribed and utilized within nationalized care system to Latin America, what's happening very, very rapidly.

Speaker 1: Brazil, a leader in that regard. Um, so that's a pretty interesting development. We're also seeing various countries apply or at least consider the Uruguay model where the government is actually going to produce the cannabis distributed through pharmacies or the like. Then we'll see how that experiment goes. While it was legalized in Uruguay sometime ago, the sales through the pharmacies haven't occurred yet, so that's gonna be the test model. They haven't even reached harvest first. Arvis. It's true and nobody really knows where the planes came from because we represent one of the two master cultivators for the country and no one knows where the plants came from. That's correct. They were given to these, these licensees by the government where they came from, Ms and Mr. who knows? That's interesting. It is terribly interesting. Terribly

Speaker 2: medically correct. Producers of incredibles are focused on quality and consistency because they want you to rely on the product medicinally. They see you as receiving the direct benefit of their medicinal mindset, whether taking incredibles for a qualifying condition. We're doing so recreationally either way medically correct, knows that you're getting therapeutic value from incredibles. The owners, Bob, rick and Josh began medically correct six years ago with a mission of creating quality food with consistent cannabis medicinal value in a product consumers could trust. A couple of years later, partner Derek came in and changed the extraction and delivery method and incredibles was born. Incredibles is currently the largest edibles manufacturer in Colorado and the most award winning cannabis in food product in Colorado, and they're now available in a growing list of locations. If you're looking for high quality, consistent infused cannabis product or extracts, go to. I love incredibles.com.

Speaker 3: See Rob Kampia. Rob, thanks so much for everything that you've done for the industry. And thanks for giving us a few minutes today. You're quite welcome. Alright, so give it to me, the, the story of cofounding, the MPP. How did that happen? Uh, there were three of us who were working on

Speaker 4: the national office of normal in Washington DC and, uh, gave us a lot of good experience with understanding how a public policy works and changes on the national level, but there wasn't a sophisticated a lobby on the federal level for reforming marijuana laws. And so we branched out and inform the marijuana policy project in 1995. And the initial focus was to lobby congress and had a full time presence. So I'm in the halls of Congress. We soon noticed that members of Congress were not only not interested in talking to us, but there are certainly wasn't even going to be, you know, any kind of committee hearings or votes. So, uh, we kind then shifted into working on state level activity and then, uh, as we got more serious about state legislation and then eventually state ballot initiatives, we were able to build our network of funders and supporters and allies and email subscribers and supportive legislators at a more rapid pace.

Speaker 4: We've changed more than half of the state laws since 2000. And so we were quite proud of the accomplishments over the last 15 years in the present. Tell us what we need to know, what is the Rob Kampia 20th anniversary edition message? So I think it's useful to view a marijuana public policy work in kind of three buckets. So there's state bills, state initiatives and um, and congress. So the second bucket is, uh, is, uh, initiatives and that's always the stuff that gets the most attention. But really it's only one bucket. And the ballot initiatives for legalization for November of 2016 will be a Maine, Massachusetts, Nevada, California, and Arizona that hits those are the five. And we think we can get. Yeah, we think we could win all five. I mean, if the funding is there, all five will pass. But, um, we noticed that people's eyes are bigger than their bellies.

Speaker 4: And so people say, Oh, I think the California is inevitable. And I think Nevada is inevitable. Massachusetts is liberal. That's inevitable and that's nice for people to say that. But if you don't actually have the money to run any ads in these states, then it's inevitable that these will lose, not pass. So, uh, it just wouldn't be a good point for me to say to donate to the MPP, I guess surely. Surely. Uh, so I mean, are you truly nervous or. I'm, I'm very nervous that people are, um, getting complacent and, uh, and thinking that these initiatives are just going to pass on their own. And that's not the case. I mean, the polling shows that we have a slight advantage in for the states. And in California, there's even a bigger advantage than the, than those states, but, but even so, you can't just run an initiative without running any advertisements.