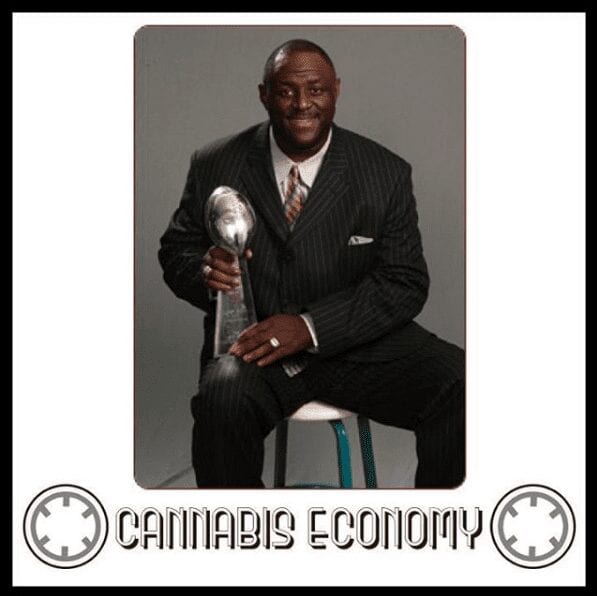 December 15, 2016
Two time Super Bowl champion Leonard Marshall joins us to discuss CTE, PTSD and cannabis as medicine. He talks about the disconnect of benefits for the “pre-98” retirees from the NFL and his current work with Brain Unity Trust. He talks about his work on the movie Concussion and that- in his words- “it didn’t need to get to this point.” And then Ricky Williams joins us to discuss goal setting which he credits for how he won the Heisman Trophy and of course his unique relationship and thoughts on cannabis. We were shooting for Family, Business- documentary on the Williams Family running Medicine Man so he opens with the fact that there’s no relation and that the connection comes from mutual friend Liz Nichols.  Ricky Williams preceded by Leonard Marshall

Speaker 1: Okay, so they're super bowl champions sitting right across from me. This is Leonard Marshall Number 70. I want you, man. I thank you for the superbowl that we both went together. You're quite welcome, seth, you know quite well and you're wearing the right. Oh, that's nice. That's nice. A Nice, right? Yeah. Now are you still in the tristate area? I'm in the tristate area. All that kind of go back and forth between here and Boca Raton, Florida. That's nice down there. Yeah, I love it. I love it. I love South Florida. Where are you from originally? I'm from Louisiana. I believe it or not. Sure. I believe that. Yeah. And so how close to New Orleans? Because that's all we know right now. About Ninety to 90 to 100 miles from New Orleans. So you know how to cook food. I know how to cook food. You know how to listen to music.

Speaker 1: Listen to music. Yeah. So you Allen, Tucson, you fancy Clifton, Shania to. Oh there you rock. And do ipsy bag. That's it. Absolutely. And of course the Neville brothers and they never bothered. There we go. Alright. So we've got definitely from Louisiana. They bought all roulette. So did you go to Lsu? Where'd you go to Lsu? Lsu Undergrad. And uh, I got my graduate degree here at Fairleigh Dickinson in New Jersey and I continued my education at Seton Hall University six years. No, I continued it all. Um, uh, worked on my mba there, got my certification in management there and uh, and spent some time they're teaching for a minute. There we go. Alright. So teaching then, what are you doing now? Why are you and I at academy? Well now I'm involved in and a number of things philanthropically. The main thing I'm involved in is my organization called Brain Unity Trust.

Speaker 1: And because of brand new and trust in a, my awareness of cte or the acronym cte, which is chronic traumatic encephalopathy, being that I was diagnosed in 2013 with this science of this issue, way late, way late, uh, uh, some, some 13, 15, 17 years after I'm retired, I'm thinking I need to come to understand this a little bit more and coming understanding a little bit more. I began to align myself with companies that deal with players, both current, former and retired, who are having these issues and how to find alternative applications other than pharmaceutical drugs to deal with these problems as they arise and as they become worse. So in the past, since 2000 and probably six, I've witnessed and notice about 12 to 17 and my friends die, die from issues like this, um, seven years most. I've also written a book about this 10 years.

Speaker 1: Yeah. Entitled when the cheering stops, I've worked on a film which is probably the hottest film in the country, football wise and very real entitled concussions which featured Will Smith you were part of that film. Right. And, and I have come to know one of the top lawyers on a very personal level who filed originally filed the concussion claim against the national football league, which I was one of the first guys to, to do that in 2011. So, so being that this space has been sort of in the backdrop of my cv for the last five or six years. Yeah. Uh, you know, this has a treatment to the impaired. Yeah, other than prescription medication has become very interesting and intriguing to me. And you kind of jumped in with both feet, both feet jumped in both feet. So, uh, I, I'm, I'm feeling that you're a little bit of an educator.