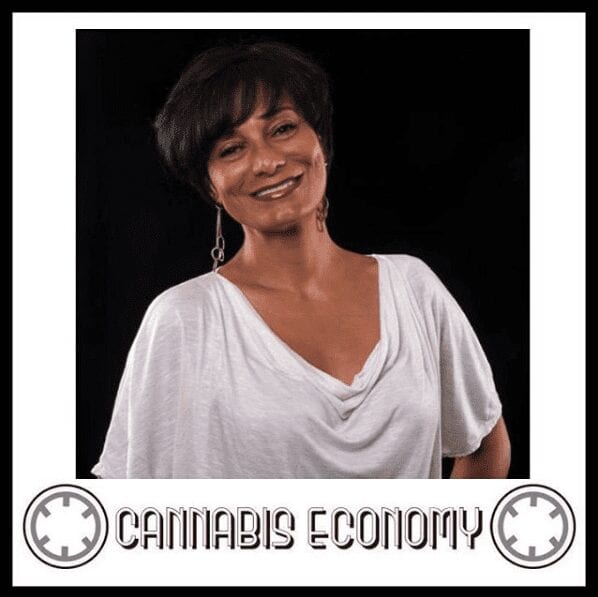 January 23, 2017
Joe Brezny of Nevada Question 2 joins us to discuss the initiative. He outlines how the current medical program is going and how that affects the coming potential adult use legislation. Joe shares the current polling numbers and the fact that it’s a little too close for comfort as we speak. THE Wanda James then joins us and shares her unique background. We thank her for her Naval intelligence service for our country…and then dive into her thoughts on why oh so many folks in the space have served our country. She shares her work in politics with the likes of Jared Polis and Barack Obama and how that all led to her her current place in cannabis.

Speaker 2: Wanda, James and Joe Brezhnev, Joe Brezhnev, Nevada question to joins us to discuss the initiative. He outlines how the current medical program is going and how that affects the company potential. Doc Use legislation. Joe Shares the current polling numbers and the fact that it's a little too close for comfort as we speak. The Wanda James then joins us and shares her unique background. We thank her for her navel intelligence service for our country and then dive into her thoughts on why so many folks in the space have served our country. She shares her work in politics with the likes of Jared Polis and Barack Obama, and how all that led to her current place in cannabis. Welcome to cannabis economy. I'm your host Seth Adler. Check us out on social with the handle can economy. That's two ends in the word economy. Wanda James proceeded by Joe Bresciani.

Speaker 1: Okay. So, uh, it's Nevada, uh, that we're discussing with the job as a leslie box score calls you, right? I mean, a job resume. Thanks so much for a few minutes. Yeah,

Speaker 3: great to be here. Thanks for having me.

Speaker 1: All right. So just a kind of outline what your position is, uh, so that we understand who we're talking to.

Speaker 1: Awesome. And, uh, thanks for, for your work. Let's go ahead and, and get the obvious out of the way. We had an amendment in Colorado. We had an initiative in Washington. We've got a proper, uh, you know, proposition in California. A question two, what are we actually talking about?

Speaker 3: So, question to regulate the sale of up to an ounce of marijuana for adults over 21. Uh, so essentially the same system that they have in Colorado, a 15 percent excise tax behind the scenes, so similar taxation structure to Colorado. Um, there's a limited number of dispensary licenses, which is one mark difference between Colorado and Nevada and that's not really not really surprising. That's more of a, uh, the gaming model. Uh, we don't have an unlimited number of casino licenses. You can't just walk in and open up a new one and so they're going to have a limited number of a dispensary licenses, but then they let them market shake itself out with a grow licenses and extraction licenses.

Speaker 1: Okay, fantastic. And how does that measure up, if you will, against the medical program which is currently active?

Speaker 3: Uh, the medical, like Colorado, the medical program will be the first to market in the retail program. So we're taking the number of medical marijuana dispensaries in Nevada and doubling it. So you'll go from a 68 to about 130 a retail marijuana stores in the state. Um, so about half as many as there are in Denver. Uh, and we think that with the, both the tourist population and the local population, that'll be enough because we're, our state is about half the size of Colorado

Speaker 1: is tourism, you know, with your, uh, a reciprocation and thanks for that idea of working out as far as, you know, locals versus tourists and a cannabis purchased.

Speaker 3: Yeah, as you would expect the, there are, there are a handful of marijuana dispensaries in the corners of the Las Vegas Valley and away from the Strip and away from the tourist corridor and they see maybe 20 to 30 percent of their sales on a reciprocal basis to people who have, uh, who are away at college and have an id from California and they're home for summer break or something along those lines. Or someone from medical state who's staying in the suburbs with family. Um, that's the reciprocal traffic we see. And those are the folks that are very vocal about how happy they are about the reciprocal arrangement. Because if you've got A. I heard from a Vietnam vet, from the Midwest, guy from Ohio who is here. And he said, you know, I, I am waiting for us to get our doctor's recommendations because I don't have access and I don't want to break the rules and I don't want it.