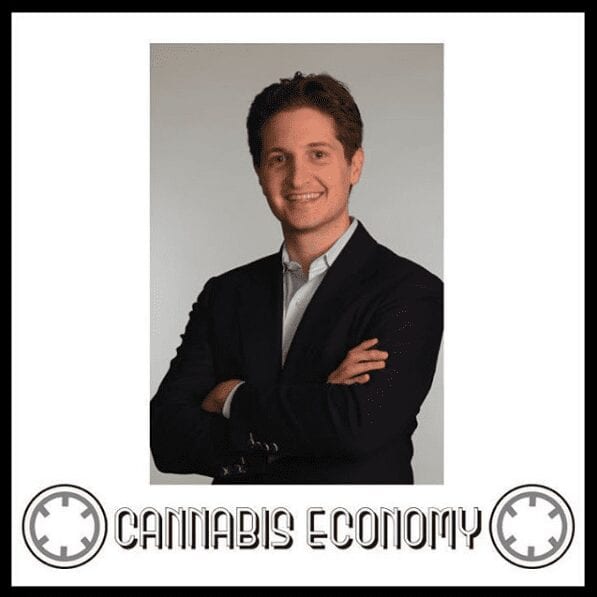 February 4, 2017
Michael Bronstien of the American Trade Association of Cannabis and Hemp joins us to discuss his background in politics which includes a White House internship turning into full time eploy as well as working for Tony Blair, the former Prime Minister of England. He shares his views from the inside of electoral politics albeit at a low level at the time and how that informed his work now with ATACH. We first speak with Will and Jim of the Yes on 4 campaign in Massachusetts. Will and Jim share how it’s set up, where the money goes and how it plays or doesn’t with the current medical initiative.

Speaker 1: Michael Bronstein and yes on four Michael Bronstein and the American trade association of cannabis and hemp joins us to discuss his background in politics, which includes a White House internship, turned full time employee as well as working for Tony Blair in the former prime minister of England. He shares his views from the inside of electoral politics all be it at a low level at the time, and how that informed his work. Now with attach, we then speak with will and Jim have the yes on four campaign in Massachusetts, ruined Jim. Share how it's set up, where the money goes and how it plays or doesn't with the current medical initiative walk into cannabis economy. I'm your host Seth Adler. Check us out on social with the Hammock can economy. That's two ends and the word economy, our Ip, Shimon Peres. As he is cited in the conversation with Michael Bronstein, which is proceeded by will and Jim from us on for. Okay. So we've got the yes on four guys from

Speaker 3: Massachusetts will. And Jim, how are you?

Speaker 4: Very well said. How about you?

Speaker 3: Alright, that's will if I'm not mistaken, right? That's right. Okay. And Jim, how are you?

Speaker 4: I'm doing well. Uh, we have a lot of activity going on as you would expect them to closing weeks of the campaign.

Speaker 3: Indeed, it's just a few weeks to go. So, uh, first things first, you know. Yes. On Four. Give us the basics so that we know if we're outside of Massachusetts.

Speaker 4: So basics are that initiative will establish a, uh, the cannabis control commission that will regulate all commerce in marijuana and marijuana products including retail cultivation, manufacturing and of all marijuana products. Um, and uh, the cannabis control permissions analogous to the alcohol Beverage Control Commission and they will be charged with regulating and enforcing those regulations for all marijuana commerce. Um, and uh, you know, what a is most important is that we're committed to taking this commerce out of the criminal market and putting it in a regulated market that pays taxes, uh, and creates jobs and drives down youth access.

Speaker 3: I think we can all get behind that, at least most of us national polling indicates, and we'll get into in a minute, but, um, take us through, you know, what, yes, on four does, in relation to the medical program or not, in other words, are those two separate things and how does it all work because you've, you've had some trials and tribulations with the medical market.

Speaker 4: So the initiative is very explicit that it, it has no effect on to medical system here in Massachusetts. Um, but we, we certainly believe that there are a lot of folks that there are only eight dispensary's open now. There was one just opened recently in Quinsy, the medical marijuana initiative called for 35 in the first year. So the roll out has been glacially slow and there are many people who can't, who may need marijuana as medicine but can't get it, or they may not want to go on the DPH lists because they're veterans or because they're federal employees are retired federal employees or somehow otherwise connected to the federal system or they might be undocumented immigrants or they might have a firearms id card and all of those people don't want to go on a dph list. So we believe that those people will be able to get their medicine because they need it and cut out the middleman and have those decisions just be made between the patient and their doctor.