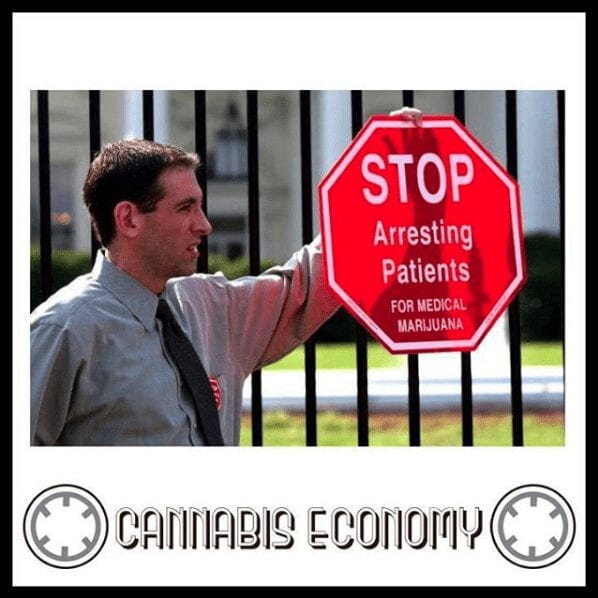 As this episode goes up, tomorrow is election day. We figured there’s no better person to sum up what’s about to happen regarding cannabis ballot initiatives than THE Steve Fox. We begin with a little personal history from way back in episode 34 and then dive in to Steve’s take on how this year is different than 2012. The interview was recorded October 17th- it preceded Sheldon Adelson’s investment in Arizona and Nevada- so we discuss the timing of the investment coming less than a month before election day. We wonder aloud about the effectiveness of this late investment. Steve gives us his take on how it’s gonna go and why and how he uses the word marijuana vs. cannabis…and just what’s on the docket for him moving into 2017.

Speaker 1: Steve Fox returns again. As this episode goes up, tomorrow is election day. We figured there's no better person to sum up what's about to happen regarding cannabis ballot initiatives. Then the Steve Fox. We begin with a little personal history from way back in episode 34 and then dive into Steve's. Take on how this year is different than 20 slash 12. The interview was recorded October 17th. It proceeded Sheldon Adelsons investment in Arizona and Nevada, so we discussed the timing of the investment coming less than a month before election day and the potential effectiveness of that late investment steve gives us his take on the whole on how it's going to go and why he uses the word marijuana versus cannabis and just what's on the docket for him. Moving into 2017. Welcome to canvas economy. I'm your host Seth Adler. Check us out on social with the handle can economy. That's two ends of the world economy. D, Steve Fox on what tomorrow brings

Speaker 3: other, was a lawyer, but he decided early on in his career that he really disliked corporate law and ended up doing, was one of the first mediators in the country. He, uh, did divorce mediation and, and eventually ended up at Harvard law school, um, as a public interest advisor helping, uh, helping students find non corporate law opportunities.

Speaker 4: Okay. So, you know, a son Steve, going into what would become the legal cannabis industry. I can see, you know, some, some, some of the path starting from, uh, from Father Fox. Right?

Speaker 3: Uh, sure. Uh, I mean they, they really just raised me to try to find satisfying work, um, that, that I enjoyed doing every day and uh, hopefully do something to do better the world in some way. So that was, that was the guiding philosophy. It was never, never really about money in our household.

Speaker 4: Right. Uh, yeah. If you do what you love, eventually the money comes. At least that's the theory, right?

Speaker 4: Uh, so, you know, you go back to law school, then you do finally graduate and then what were you doing in those early days with your law degree?

Speaker 3: Uh, I was basically, I can't have as doing anything specifically with a law degree. I went to law school thinking that, that I would end up doing work similar, similar to the work my father is doing to the mediating a arbitration role that, that was the thought. Um, but, you know, I really did catch the political bug while I was there. Um, obviously being done in little rock contributed to that. So I really was looking to do more political work when I got out. Um, I actually spent some time heading up the Massachusetts Democratic Leadership Council, was the centrist Democratic Organization, um, at the time. That's what Clinton came out of the DLC and did that for a bit and then actually got the opportunity to come down to dc to, uh, take a low level political job and the administration, the Clinton administration. I had my name on a list after having worked there for that summer.